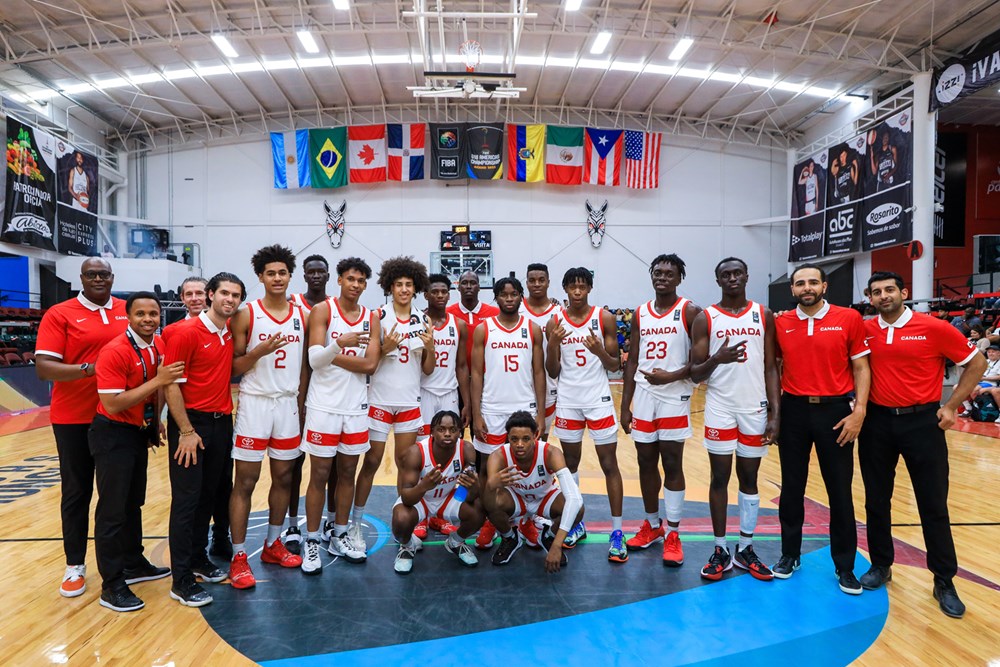 Canada collects bronze at the FIBA U18 Americas, crushing Argentina 81-57

It’s a bronze medal finish for the Canadian U18 men’s team at the FIBA U18 Americas Championship as they took an 81-57 revenge game over Argentina.

The entire starting lineup got in on the scoring action early as Canada started out the game on an 8-0 run. Argentina responded with a run of their own to cut the lead down to three to end the low scoring first quarter 13-10.

Argentina would continue their run starting with nine straight points to take the lead at the beginning of the second quarter. Vasean Allette found Michael Nwoko off a steal to bring an end to the scoreless streak for Canada. Allette and Nwoko led all scorers 20 points each.

Canada’s shooting just 5 per cent from deep against Argentina in their first loss of the tournament, and the shooting woes began to show again in the rematch with Canada shooting 10 per cent from deep throughout the first quarter and the trend continued in the second quarter with Allette being the only Canadian find success from beyond the arch.

Despite the shooting issues, Canada stuck around and back-to-back dunks from Dylan Grant saw Canada take lead once again. Another fast break ally-oop from Nwoko followed and the rim running Canadian’s took a 33-31 lead into halftime.

Grant had his best game of the tournament with 12 points and six rebounds off the bench. Elijah Fisher chipped in another solid game with a near triple-double of 12 points, 12 rebounds and eight assists.

After a long delay to the start of the second half, Canada came out running again. Bubu Benjamin continued the trend by finding his way to the line, Allette drilled another three and Nwoko followed it with yet another dunk in transition before another lengthy delay for technical issues in the arena. Following the break, Canada would go another run to make it an 11-point game with Jordann Dumont, who scored seven points, contributing two three pointers.

The Canadian lead only grew throughout the fourth quarter as they found ways to attack the basket, capped with a highlight reel slam-dunk from Grant on the Fastbreak.

Allette was also honoured by being named to the tournament All-Star Five team.

Per FIBA regarding Allette’s selection: He was one of the best players in the tournament. Allette finished as the tournament’s scoring leader with 18.8 points and had 7.4 rebounds. He highlighted his athletic ability while on the defensive side with 1.2 steals per day.

Whitmore was named tournament MVP after averaging 18.7 points and 6.3 rebounds on 62.5 percent from the field and 45.5 percent on three-pointers.