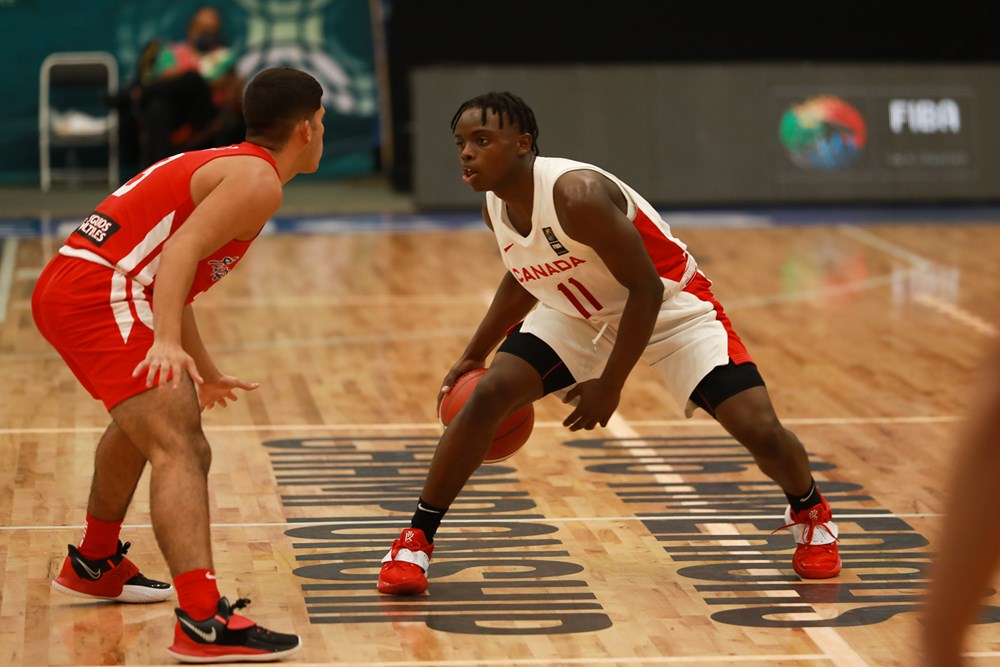 By Shaun McLeodAugust 28, 2021No Comments

With a 93-65 quarter-finals victory over Puerto Rico, Canada continues their streak of qualifying for the FIBA U17 World Cup and heading to the FIBA U16 Americas Championship semi-finals.

It was the usual suspects that showed up once again for Canada. Mikkel Tyne, who is currently tied for fifth in points per game with 15.7 per game had another dominant showing leading all scorers with 20 points, seven assists, four rebounds and three steals.

While Efeosa Oliogu has been racking up the highlight dunks this tournament, he continued to showcase his skills early with 2/3 shooting from deep and eights points and five rebounds in the opening frame before finishing with 16 points, eight rebounds, four assists, four steals and a block.

Puerto Rico was able to clean up their play after the half but Canada’s impressive defensive showings kept them from cutting into their lead in the fourth quarter and held Puerto Rico to just 9 per cent from three on the game. Char Yeiy had three blocks, Olivier Rioux had 10 points, nine rebounds and three blocks of his own while Oliogu and Tyne caused havoc in the passing lanes.

Jacob Theodosiou continued to expand his role in the offence and came in off the bench with 12 points and shot 80 per cent from deep, only missing one of his five shots. Stephen Osei and Osezojie Baraka Okojie both contributed ten points as well.