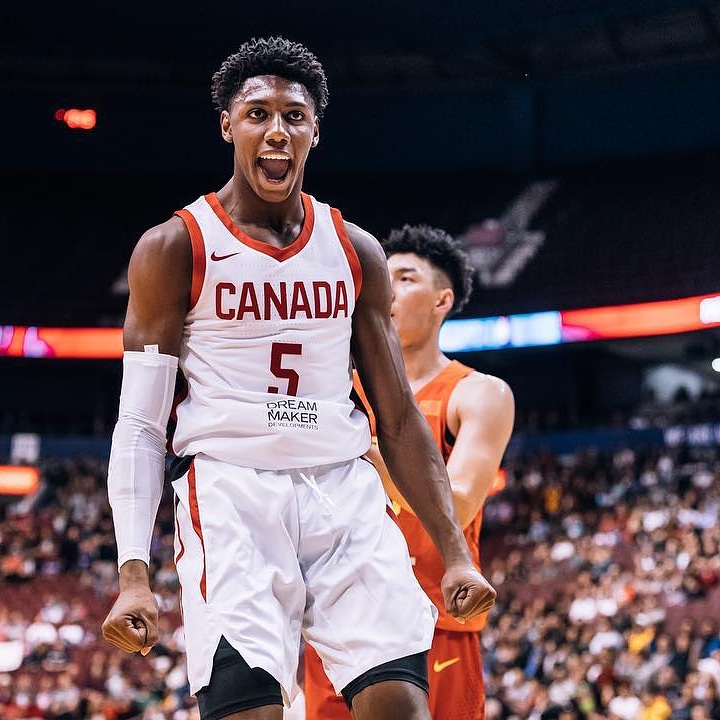 Dillon Brooks led the way for Canada scoring a team-high 21 points after catching fire from beyond the arc in the third quarter. R.J. Barrett also had a strong game with 16 points, while Chris Boucher, who was named Player of the Game, posted an enormous double-double with 17 points, 11 rebounds, and five blocks in the contest. China was led by Qian Wu who poured in a game-high 27 points in the loss.

China came out of the gate aggressive to begin the opening frame, pressing Canada for the nearly the entire quarter and crashing the offensive rebounds with purpose. Canada’s talent was clear through the opening minutes, but the energy and hustle from the Chinese national team kept Canada from pulling away for much of the first quarter. However, a late run would allow the Canadians to carry a 28-18 advantage into the second quarter.

Canada seemed to match China’s aggressiveness early in the frame, as Barrett’s mix of scoring and distributing led the red and white to a comfortable lead midway through the quarter. Stifling interior defence from Boucher would lock down the paint, holding the Chinese offence at bay and allowing Canada to head into the second half with a 52-31 lead.

Defence continued to turn into offence in the third quarter for Canada, as transition points became their primary mode of attack. Dillon Brooks caught fire early in the frame to blow the Canadian lead wide open to an 83-44 advantage at the end of the third, as they cruised to a 97-62 win.

John Mills and Player of the Game Chris Boucher

“I thought our energy was good, I thought our communication was good.  Defensive transition needs to get a little better and we got stuck.  On our mid-screen roll action we leaked out of corners and gave up open threes. We want to make them take tough twos and not the open three.” – Jay Triano, Head Coach.

“Felt great just being back on the floor, playing with my fellow Canadians and we’ve got a great group of guys. Just felt great to be on the floor with them and playing for your country.” – Chris Boucher

Canada will look to continue their momentum from Friday’s win over China into their rematch on Sunday at the Save-On-Foods Memorial Centre in Victoria, B.C. To purchase tickets to Canada’s next game in Victoria, click here.