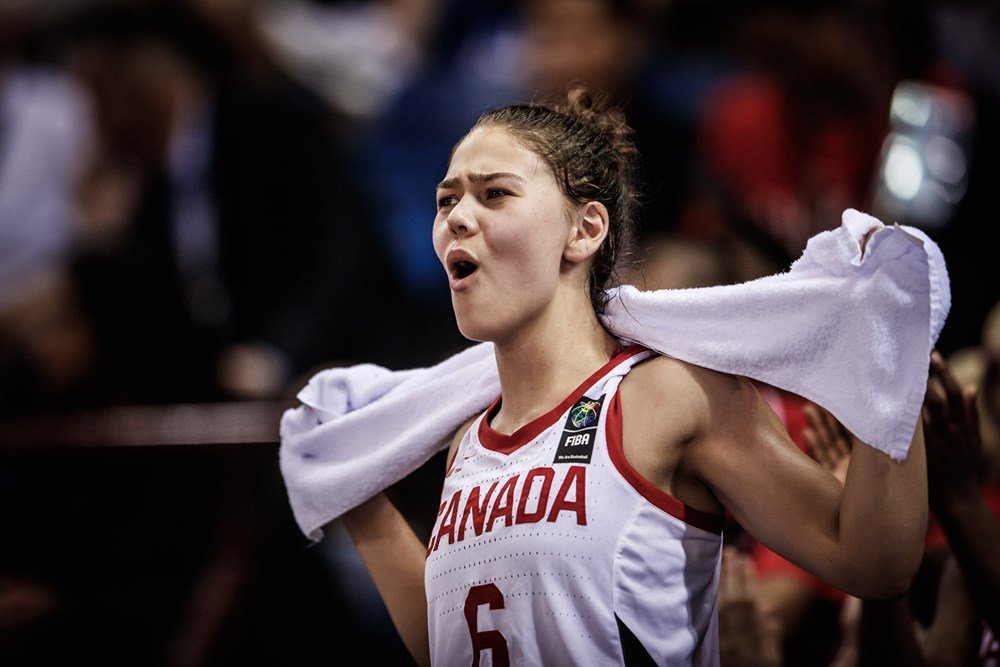 MINSK, BELARUS (July 28, 2018) – Team Canada ended their sixth game of the FIBA U17 Women’s Basketball World Cup 2018 with a 74-59 victory over the Chinese national team in second day of class-play.

Brynn Masikewich led the way for the red and white in the victory, tying Merissah Russell for a team-high 12 points to go along with eight rebounds and three steals. Yutong Liu led the Chinese national team in the loss, scoring a game-high 26 points and totalling three blocks on the day.

Both teams found their rhythm shooting the ball early in the opening quarter, shooting an efficient percentage from the field as China went into the second frame with a slim 14-12 lead.

Both defences ramped up in the second frame, as China held Canada’s chances in the paint to a minimum. However, despite the strong defence, Canada managed to head into halftime with a 30-21 lead.

Canada’s defence led the way in the third quarter, disallowing quality shots in the paint, forcing turnovers to disrupt China’s offence, and heading into the fourth quarter with a 46-32 lead.

As it did nearly all game long, the defence led the rest of the way for the red and white, eventually allowing them to cruise to a 74-59 victory.

“Today was fun to watch us compete for each other against a solid China team. We battled hard inside and generally contained the ball on defence, which allowed us to find our offence. Our distribution of scoring and depth to defend at multiple positions was the difference again. We are looking to finish the tournament strong tomorrow against Mali.” – Head coach Jodi Gram

“Each one of us knew we had a role to play and a job to do so each one of us put our minds to it. China has some very strong players, but we were ready for the battle. As a team we want to keep pushing and not let up at any point. We aren’t done just yet.” – Brynn Masikewich

Canada will move on and continue class-play to determine final seeding tomorrow in the final day of competition where they will play Mali at 10:45 AM EST.