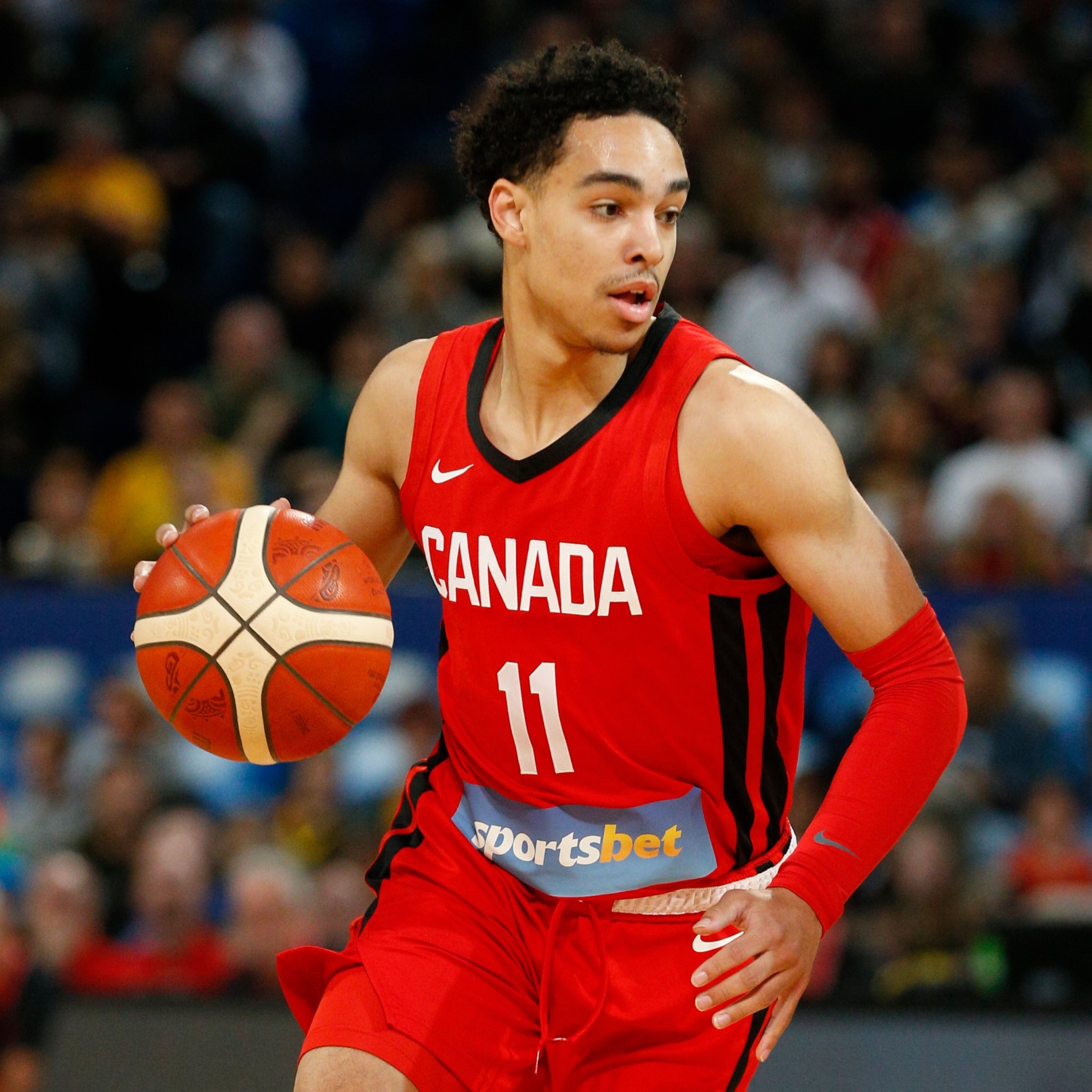 PERTH, AUSTRALIA (August 16, 2019) – The Canadian Senior Men’s National team kicked off the first of five exhibition games in Australia with a 90-70 victory over Australia on Friday.

Canada was led by an 18-point performance from Kevin Pangos and 12 points apiece from Andrew Nembhard and Kaza Kajami-Keane as six Canadians reached double figures in the win. Pangos shot 7-for-10 from the floor, including 4-for-6 from beyond the arc while adding six assists and four steals.

“It’s nice to see our guys play pretty good team basketball since we haven’t been together very long,” head coach Nick Nurse said after the victory.

In addition to his 12 points, Nembhard also added a team-high 10 rebounds to go with four assists in 27 minutes of action. “He gets places easy and I’m not quite sure how he does it,” Nurse said of Nembhard. “I’m trying to figure it out. He’s got this head fake, he’s in, he’s out, he’s over, he’s around, and all of a sudden he’s into some clear space. He’s got a funky game a little bit, for a 19-year-old kid, a pretty good game.”

In their first contest since arriving in Australia, Canada struck first with Kyle Wiltjer scoring the first points of the game. Shots were falling early for the Canadians who took a 10-point lead midway through the opening quarter on a three-pointer by Oshae Brissett. Australia would respond, cutting Canada’s advantage in half to trail by just five after the opening 10 minutes.

Canada stretched its lead back to double digits early in the second quarter, leading by 10 on a floater from Nembhard. Though Australia got within four with 3:46 remaining in the half, Pangos ensured Canada went into the break with a lead as he recorded three steals, a blocked shot, an assist and scored five points in the final 3:31 of the half to help Canada take a 10-point lead, 46-36, into the break.

“A group like this, when we’re playing hard like that, it makes up for a lot of mistakes,” Pangos said. “That’s what Coach [Nurse] has been preaching a lot. Play hard and aggressive. Play with confidence. I think we did a good job of that tonight. There’s definitely room for growth and that’s a positive.”

Pangos scored 13 of his 18 in the first half where he was 3-for-4 from beyond the arc. Canada was 7-for-20 from deep in the half. In comparison, Australia shot 3-for-15 from three as a team in the first two quarters.

“Chemistry is an elusive thing,” Nurse said. “I’m happy we’ve been able to get some. Most of these guys have played [together] in some form or window or national team basketball together, so there is some more history than just the 10 days, but I’m new so I’m still trying to learn them and they’re trying to learn me a little bit so it was nice to have a good chemistry at both ends.”

Canada opened the third quarter on a 5-0 run to quickly extend their lead to 15 points. Australia responded by going on a 6-0 run of their own to trim the deficit back to single digits. With Canada leading by nine at the 4:56 mark of the third, a three-pointer from Australia’s Chris Goulding completed a 9-0 run for Australia and tied the score at 57 with 2:54 remaining in the quarter. Canada responded once again, closing the third on a 10-3 run to lead 67-60 after three.

The fourth was all Canada as the Canadians excelled on both ends, outscoring Australia 23-10 in the quarter. Canada opened the final frame ahead by seven. With 5:41 remaining, Australia cut the lead to five, 71-66, on a layup from Jock Landale. From there, Canada closed the game on a 19-4 run to record a 90-70 victory.

Patty Mills led Australia in the loss with a game-high 20 points, while Landale added 18 points and eight rebounds. The two teams will meet again on Saturday, August 17th at 5:30 AM ET, available on CBC Sports platforms and the free CBC Gem streaming service.