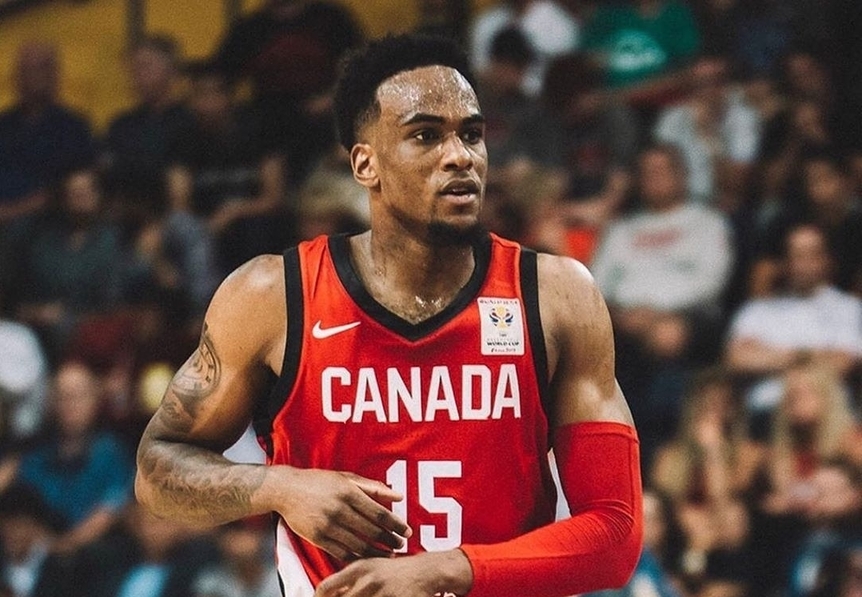 SYDNEY, AUSTRALIA (August 21, 2019) – The Canadian Senior Men’s Basketball team defeated New Zealand 103-100 in overtime on Wednesday to move to 3-1 in their five-game exhibition tour in Australia.

Just one day after collecting a 122-88 victory over the same New Zealand squad, it quickly became apparent that Wednesday’s game would not be a repeat of Tuesday. After being in control from the jump in Tuesday’s victory, Canada opened Wednesday’s game 3-for-14 from the floor, including 0-for-7 from beyond the arc as New Zealand opened up a 14-4 lead midway through the quarter.

Though Melvin Ejim closed out the first by blocking a shot attempt from Rob Loe, New Zealand still led 23-13 after the opening 10 minutes as Canada shot just 23 percent in the quarter, while giving up 40 percent shooting to New Zealand.

New Zealand extended its lead to 12 points early in the second, but free throws from Phil Scrubb and a three-pointer from Duane Notice brought Canada within seven as New Zealand called a timeout to regroup with 8:33 remaining in the half. Canada stepped up its defensive effort coming out of the timeout and a three-pointer from Scrubb capped an 8-0 Canada run to trim the lead to four.

The two teams traded misses before a three from Brissett gave Canada a brief one-point lead with 1:41 remaining in the quarter. New Zealand responded with a three of their own and went into the half with a 36-33 lead. Canada shot 27 percent in the first half to 31 percent shooting for New Zealand.

In the third quarter, it was Canada to score first as Brissett converted a tough shot in traffic. Pangos found Scrubb for a three with 6:33 remaining to get Canada within one, and then Wiltjer converted a three-point play to put Canada in front by two midway though the quarter.

After three-pointers from Scrubb and Wiltjer, the Canadians put together an 11-0 run to take an eight-point lead. Unfortunately for Canada, New Zealand closed the third on an 11-4 run to trim the lead to just one, 60-59, heading into the fourth.

The final quarter was a thriller. After Canada opened on an 11-2 run to take a 10-point lead with 7:05 remaining, New Zealand responded by scoring six straight to trim Canada’s lead to four. A three-pointer from Scrubb extended Canada’s lead to six with 2:25 on the clock, but New Zealand continued to push. Despite free throw woes late, New Zealand tied the game at 81 with 13 seconds remaining on a three-point play from Webster. Canada would have two more attempts to win the game, but Klassen and Wiltjer were off the mark and the teams went to overtime.

Canada opened the extra session with a 7-0 run thanks to a jumper and three-pointer from Wiltjer as well as a jumper from Pangos to go ahead 88-81 with 4:02 remaining. Wiltjer scored 11 of his 18 points in overtime as Canada completed the comeback win. He drilled a pair of free throws with 12 seconds remaining to put Canada ahead by four, then sank another pair with three seconds on the clock to seal the victory.

Up next for Team Canada is a meeting against the United States on Monday, August 26 in Sydney, Australia. Canada is now 3-1 on their five-game exhibition tour in Australia in advance of the FIBA World Cup.