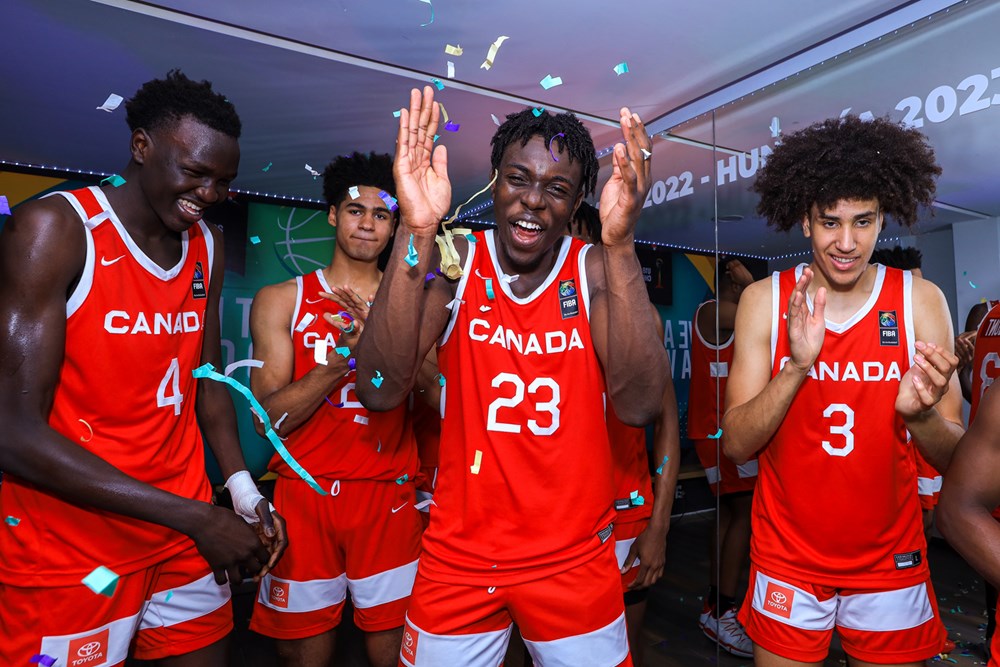 The Canadian U18 men’s team is off to the semi-finals of the FIBA U18 Americas Championship and the U19 World Cup after beating Puerto Rico 86-78 on Friday night.

The win saw Canada come together and produce offensively, and defensively the way many expected they would coming into the tournament. The tournament’s leading scorer, United Scholastic Academy’s Vasean Allette, took a back seat while still scoring 11 points and grabbing eight rebounds. Michael Nwoko had another productive game as well with an 11-point, 12 rebound double-double.

Canada never trailed in this game, and while Puerto Rico trailed by four after one quarter, the Canadian bench began to dominate the game, outscoring the Puerto Rican’s 43-23.  Hamilton Height’s Jordann Dumont scored 16 points including three made three-pointers, Mikkel Tyne continued to be a solid sixth man with nine points, Michael Evbagharu had seven points.

David Simon led the way for Canada defensively off the bench. He had three points but he had four crucial blocks and a putback jam in the final moments of the game to help secure the lead.

The Puerto Ricans put up a tough fight with multiple players reaching double digits. Geancarlo Peguero, Ruben Rodriguez Jr. and Alejandro Aviles all had 16 points and Yaniel Rivera led all scorers with 18 points.

The win also sends Canada to the 2023 FIBA U19 World Cup in Debrecen, Hungary next summer. Canada finished with a bronze medal in 2021 with a 101-92 victory over Serbia.

The semi-finals will be a rematch between the Canadians and Brazilians, which was a closely contested 70-68 victory for Canada when they played on Wednesday. Canada will have to find an answer for Reynan Camilo Dos Santos who torched the Canadians for 28 points in the last matchup.

For link to watch the semifinals between Canada/Brazil click HERE!