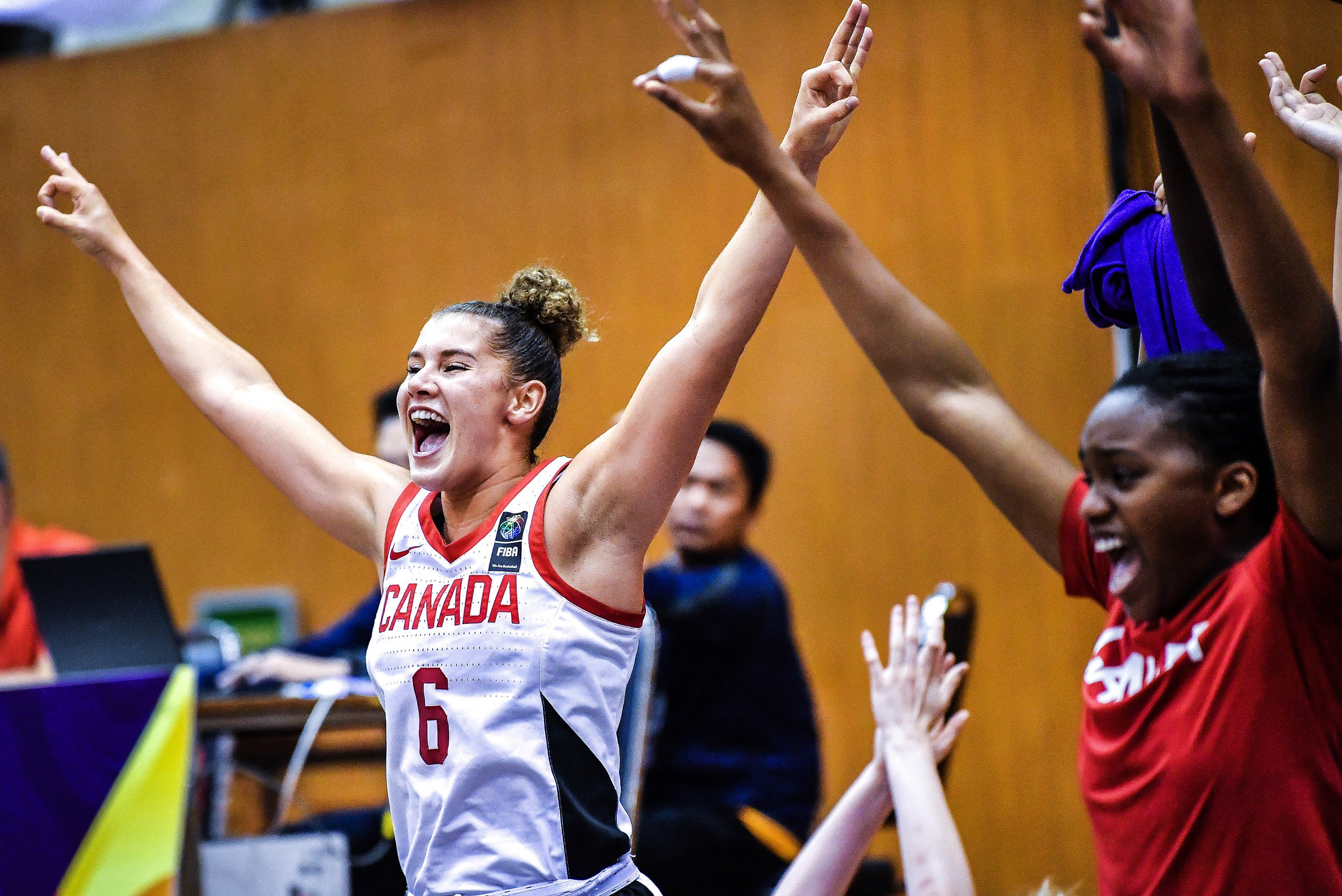 Aaliyah Edwards and Micah Dennis both led the team in scoring with a game-high 14 points and four rebounds each. Sarah Te-Biasu recorded 10 points in the win, while Brynn Masikewich had seven points and 12 rebounds. Yada Sriharaksa contributed 11 points in Thailand’s loss.

Starting strong, Team Canada went on a 13-0 run and were up 17-4 at the 4:15 mark. However, Canada was unable to score for the remainder of the quarter, while Thailand went on a 9-0 run. Though Canada remained with the upper hand as they ended the quarter up 17-13.

For the majority of the second quarter, the Canadians saw themselves in the lead until two back to back threes from Thailand made it a two-point game. After drawing the foul, Edwards split a pair of free throws and extended the lead by three. Though shortly after, another three-point shot from Thailand tied the game. Neither team was able to score in the remaining one minute and thirty seconds and the two teams entered the halftime tied 29-29.

Soon after the third quarter began, Hanson drew a foul while making a three-point shot and untied the game after making all three free throws. Finding their rhythm once again, Canada went on a 9-0 run and extended their lead. By the end of the third quarter, Team Canada was up 48-36.

The fourth quarter was similar to the third as the Canadians outscored Thailand 27-13. 14 of those points were scored within the first four minutes of the quarter. At the buzzer, Team Canada walked away with the 75-49 victory, their biggest win so far in the 2019 FIBA Basketball World Cup.

Canada is in Group A along with Latvia, Mozambique and hosts Thailand. Canada earned a historic bronze medal at the FIBA U19 Women’s Basketball World Cup 2017 in Udine and Cividale del Friuli, Italy. The bronze was Canada’s first medal in eight appearances at the event since it began in 1985. Last summer, the team earned a silver medal at the FIBA U18 Women’s Americas Championship 2018 in Mexico City, Mexico. Canada is currently ranked 4th worldwide in the FIBA World Ranking Presented by NIKE.

Canada will play in the Round of 16 on Wednesday, July 24 2019. Fans can catch the game streaming live on FIBA YouTube or the Canada Basketball Facebook page.

UPDATE: Canada will play Argentina at 1:30am Wednesday in the round of 16