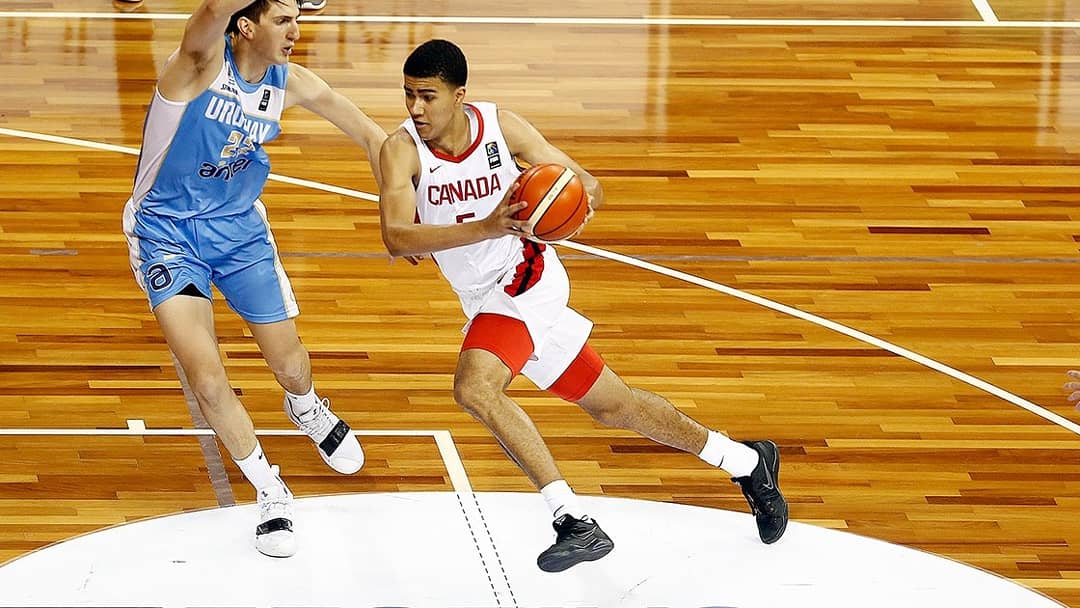 Shaedon Sharpe had a game-high 18 points for Canada on a tidy 6-for-8 shooting.  Caleb Houstan chipped in 17 points, five rebounds and two assists, while DJ Jackson added 13 points of his own in the victory.  Canada dominated the glass thanks in large part to Dylan Kalambay who had a game-high seven rebounds.  Ryan Nembhard also finished with a game-high as the Aurora, Ont. native recorded eight assists.  Agustin Ubal had a team-high 16 points for Uruguay in the loss.

After a back-and-forth opening quarter that saw the Canadians leading by just two points, 23-21, Canada used a 9-2 run to open the second to help build a 32-23 lead.  Canada entered halftime with a 45-36 advantage after outscoring Uruguay 17-2 in second chance points through two quarters.

Just as they did in the second quarter, a quick 11-3 run for Canada helped extend the lead to 56-39 early in the third. After outscoring Uruguay 29-20 in the third quarter, Canada really found their rhythm in the fourth as they cruised to the 38-point win.