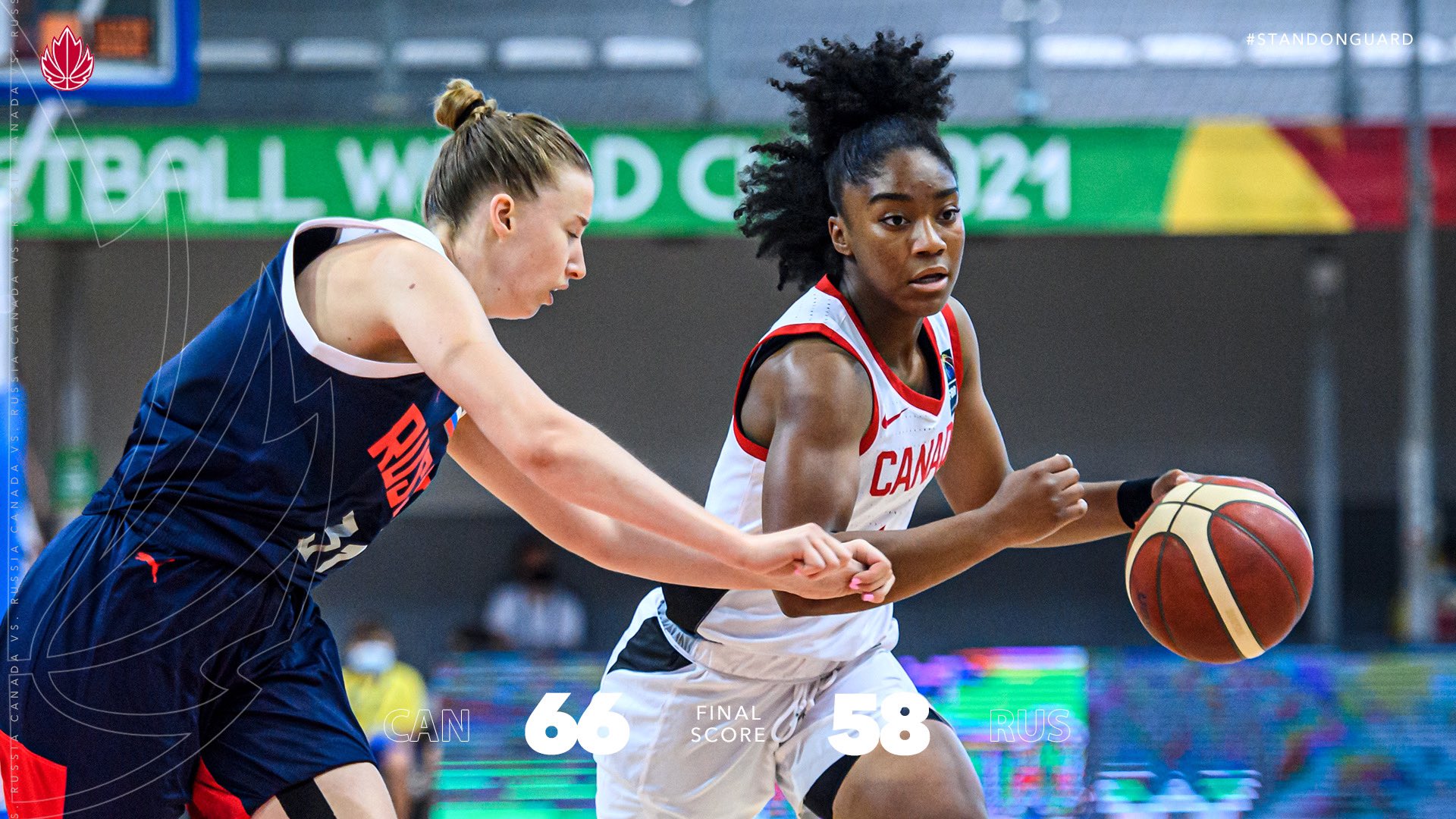 By Shaun McLeodAugust 14, 2021No Comments

66-58 victory over Russia in the classification games.

Bucking the trend, Canada stayed competitive throughout the first quarter behind another great performance from the tournaments leading scorer Shayeann Day-Wilson, who scored 22 points and grabbed 11 rebounds.

In the second quarter, Russia began attacking inside and stayed in the game by shooting a 66 per cent rate from inside the arc while holding Canada to shooting 30 per cent overall. Russian power forward Olairi Kosu led the way with 13 points, 11 rebounds and four assists while adding two steals and four blocked shots. Frontcourt partner Ekaterina Koshechkina blocked another three shots while scoring seven points and dishing six assists.

In the second half of the game, Canada once again locked in defensively and held Russia to just four points in the third quarter by shutting down the paint, and through another gritty performance from Washington State’s Tara Wallack who scored 10 points and grabbed nine rebounds.

Emma Koabel had another good performance and Isaline Alexander and Deja Lee came in off the bench and gave the team a lift with 10 rebounds and hustle. McKenzie said Lee was their player of the game for her defensive effort and rebounding.

“I gave it my all today and I’m proud of the way I played on defense, and I feel like I helped my team get energy on offense,” said Lee.

Canada will now be playing to finish fifth place on Saturday when they face the Czech Republic who defeated Spain 66-63 in their first classification game. Canada beat Czech Republic earlier in the tournament 79-71 in their lone win during group play behind a stellar 31-point performance from Day-Wilson.