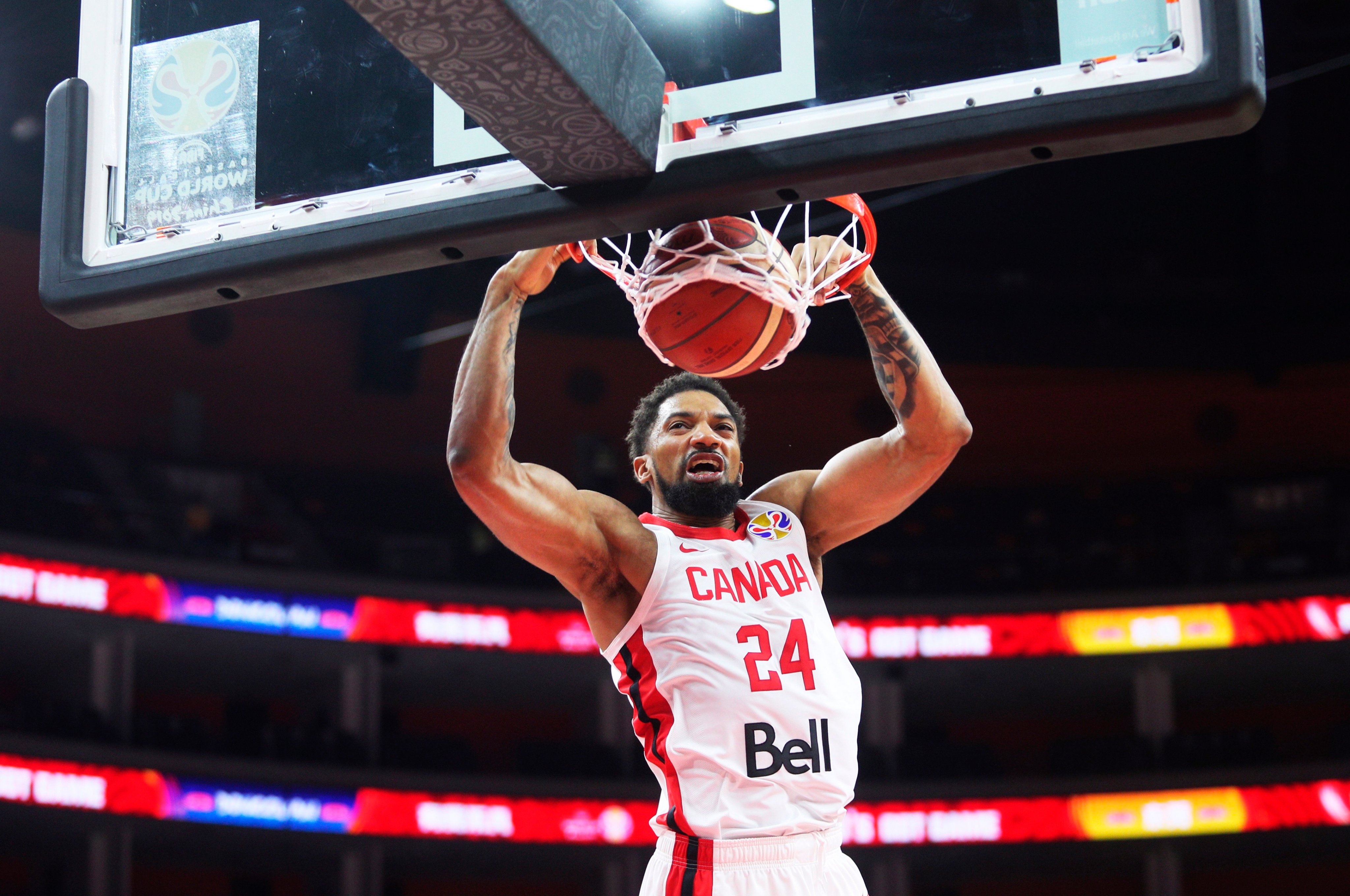 DONGGUAN, CHINA (September 5, 2019) – The Canadian Senior Men’s National Team recorded an 82-60 victory against Senegal on Thursday at the FIBA Basketball World Cup 2019. This was Canada’s first victory of the tournament, moving them to 1-2 in first-round play and placing them third in Group H.

Cory Joseph led the way with a game-high 24 points, while Kevin Pangos added 13 points, five rebounds and five assists, Melvin Ejim had 11 points and eight rebounds and Khem Birch added 10 rebounds and three blocked shots. Senegal was led by a 14-point effort from Mouhammad Faye and 10 points from Lamine Sambe in the loss.

Though Team Canada got off to a slow start against Senegal, trailing 22-11 after the opening quarter, Canada won the second quarter 22-10, to take a 33-32 lead into the half. Joseph led Canada with nine points at the break.

“Senegal’s a good team,” Joseph said. “They’re long, athletic. At the start we had to get used to their length. They play good defence. Second half, we talked amongst each other, Nick [Nurse] told us to execute better and that’s what we did. Went out there, played better defence and our defence transitioned into our offence, easier buckets.”

Canada never trailed in the second half and, after trailing by 10 following the first quarter, outscored Senegal 71-38 over the final three quarters.

“We generated pretty good offence tonight for the entire game,” Nurse said. “We didn’t make any shots in the first quarter. It felt a little painful, we missed a bunch of layups, a bunch of open threes. Like Cory said, we were all saying just keep doing what we’re doing, we’re getting the shots we want, they’ll fall eventually. We were 4-for-19 from three in the first half and 8-for-17 in the second half.”

Though neither team shot particularly well, with Senegal shooting 37 percent for the game and Canada at 38 percent, the Canadians dominated the boards, outrebounding Senegal 47-32, including 27-8 on the offensive glass.

“We had a couple big points of emphasis going into the game and one was try to stop their driving with multiple bodies,” Nurse said. “I think we did that and that enabled us to have a lot of bodies in there to rebound. Tonight was a much better job from us considering we got pounded on the glass the other night by Lithuania.”

A jumper from Ejim opened the scoring in the second half, but a three from Lamine Sambe tied things at 35 points. From there, Joseph went to work, hitting a step-back jumper and then a three to give Canada its largest lead of the game, 42-37, with 6:32 remaining in the third. Joseph continued to roll, hitting two more three-pointers to finish with 11 points in the quarter. A jumper from Pangos gave Canada its first double-digit lead of the game, 52-42 with 3:11 remaining in the quarter. Joseph checked out with 20 points scored through three quarters and Canada went into the fourth leading 59-46.

“I think we came out the third quarter and we just picked up our energy,” Joseph said. “Picked up our aggressiveness. We were able to get a couple more stops, crashed the boards a little bit. In terms of my 11 points, my teammates did a good job of setting screens and finding me when I got a little bit hot.”

In the fourth, Joseph picked up where he left off, hitting a layup to open the fourth-quarter scoring. Senegal scored its first points of the quarter with 8:08 remaining in the game with Canada ahead 62-48. A three-point play from Ejim further extended Canada’s lead to 18 and then a layup from Joseph made it 71-51 with 4:55 remaining as Canada went on to collect the victory.

Though Canada will not be one of two teams advancing from Group H as Lithuania and Australia each won their first two games in the first round, Nurse was glad to get a chance to hit the court against both teams.

“I think we’ve got a really good look at obviously two of the best teams in the world,” he said. “You get a chance to see what they look like and go out there and grind it out with them, bang against them and then you keep playing.”

With first round play now complete for Canada, the team will face Germany and Jordan in a pair of classification games to be played Saturday and Monday. Fans can watch the games in Canada on DAZN.

“We leave here with some confidence off the win,” Nurse said. “ [We’ve] got a couple more games to play and we’ve got to go play them.”