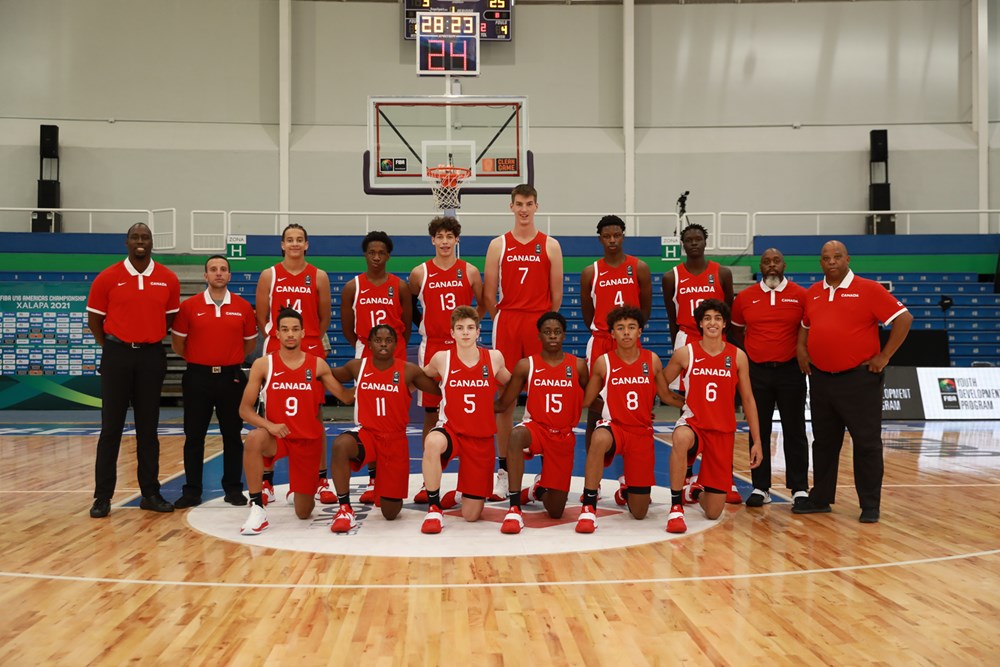 By Shaun McLeodAugust 23, 2021No Comments

In a battle of U16 Americas powerhouses, Canada fell short in an 81-70 loss to Argentina in their first game of the 2021 FIBA U16 Americas Championship.

“I thought our guys played super hard,” said Canada’s head coach Patrick Tatham. “This is a very good first step for these young 14 to 16-year-olds and this game will help us really understand what we are getting ourselves into for the next two matches.”

Canada’s Mikkel Tyne started hot with 10 points in the first quarter before his first substitution. Argentina struggled with seven-foot-five Olivier Rioux’s size inside early but found their footing behind Lucas Nicolas Giovannetti’s six points and six rebounds when Rioux went to the bench and went into the second quarter down 17-15, despite Canada’s opening run.

In the second and third quarters, Canada’s team game opened up the floor with Stephen Osei scoring 12 points, Efeosa Oliogu and Char Yeiy scoring nine points and Ishan Sharma scoring eight points. Rioux led the team in rebounding with nine, while Yiey and AJ Osman both chipped in seven boards.

Tyne finished with 22 points, six rebounds and seven assists, including a highlight-reel crossover that shook his defender at the three-point line before stepping back for a wide-open three-pointer.

While Canada took a 40-35 lead into the half, Argentina’s offence came to life in the second half and Canada was unable to match the offensive output from the Argentinians. Juan Manuel Bocca led his team with team high-tying 17 points and shot 50 percent from three-point range.

Giovannetti also had 17 points to go with his nine rebounds. Tiziano Uriel Sebastion Prome had 13 points and 10 rebounds while Juan Ignacio Respaud had 14 points and six rebounds.

Canada will now face Mexico in the second game of the tournament on Tuesday at 9:30 PM EST on FIBA’s YouTube channel. Canada currently holds a 4-1 record over Mexico since the start of the U16 FIBA Americas Championship in 2009.

“We are going to focus on us, tighten up on defense and not turn the ball over as much,” said Tatham. “We’re definitely looking forward to tomorrow’s game against Mexico – we need to take care of some business down here.”