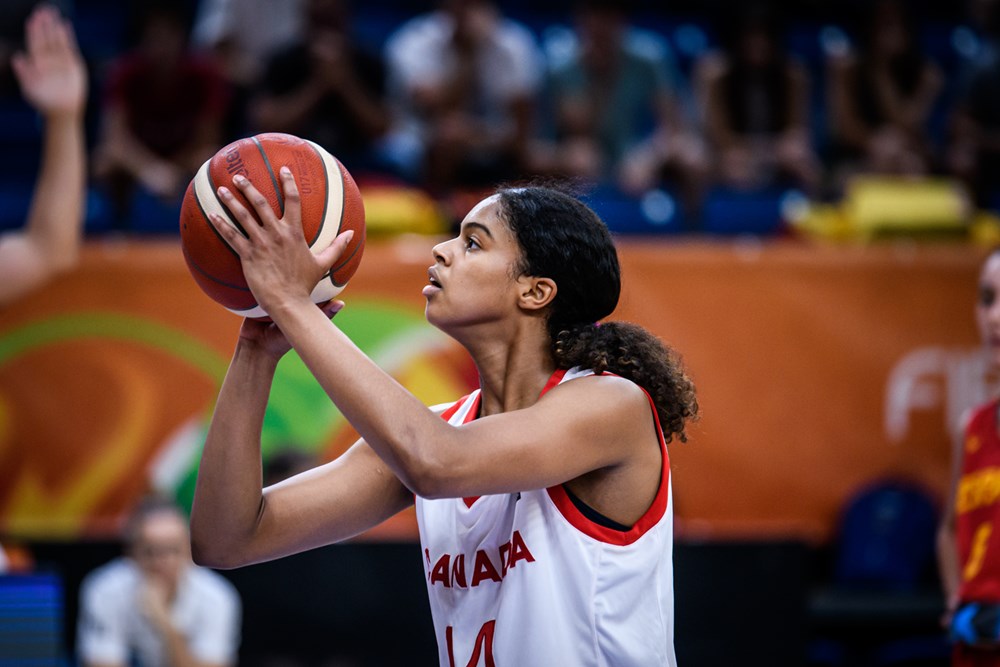 Canada drops their FIBA U17 Women’s World Cup opener 60-57 to Spain, play Korea next on Sunday

Home » On Point Blog » Canada drops their FIBA U17 Women’s World Cup opener 60-57 to Spain, play Korea next on Sunday

The Canadians were led by Ontario Scholastic Basketball Association (OSBA) MVP and Biosteel Canadian Player of the Year, Cassandre Prosper’s 14-point, 12 rebound double-double, came to play hard early in the contest with both teams playing physical defence, but Spain pulled ahead slightly off a turnover at the end of the first quarter.

Spain’s lead grew throughout the next two quarters, and a decisive third quarter where they outscored the Canadians by five, would put them up by ten. Iyana Martin Carrion was a handful for Canada to deal with and led the way for Spain with 12 points, eight assists, four rebounds and four steals.

Canada battled back throughout the fourth, with Toby Fournier scoring 11 points and grabbing 15 rebounds. The dynamic front court defensive pairing with Prosper would start to click as Prosper also swiped seven steals in the game.

Bree Robinson tied the game with four minutes left and had 10 points and Delany Gibb, who had eight points, four rebounds and three assists gave Canada the lead at 57-55, but Spain locked in to shut down the comeback and scored the last five points of the game.

Canada will now look towards a match up with Korea on Sunday morning. Korea dropped their first game of the tournament as well, losing 75-73 to Egypt, who Canada will face on Tuesday.

Canada vs. Spain livestream below: