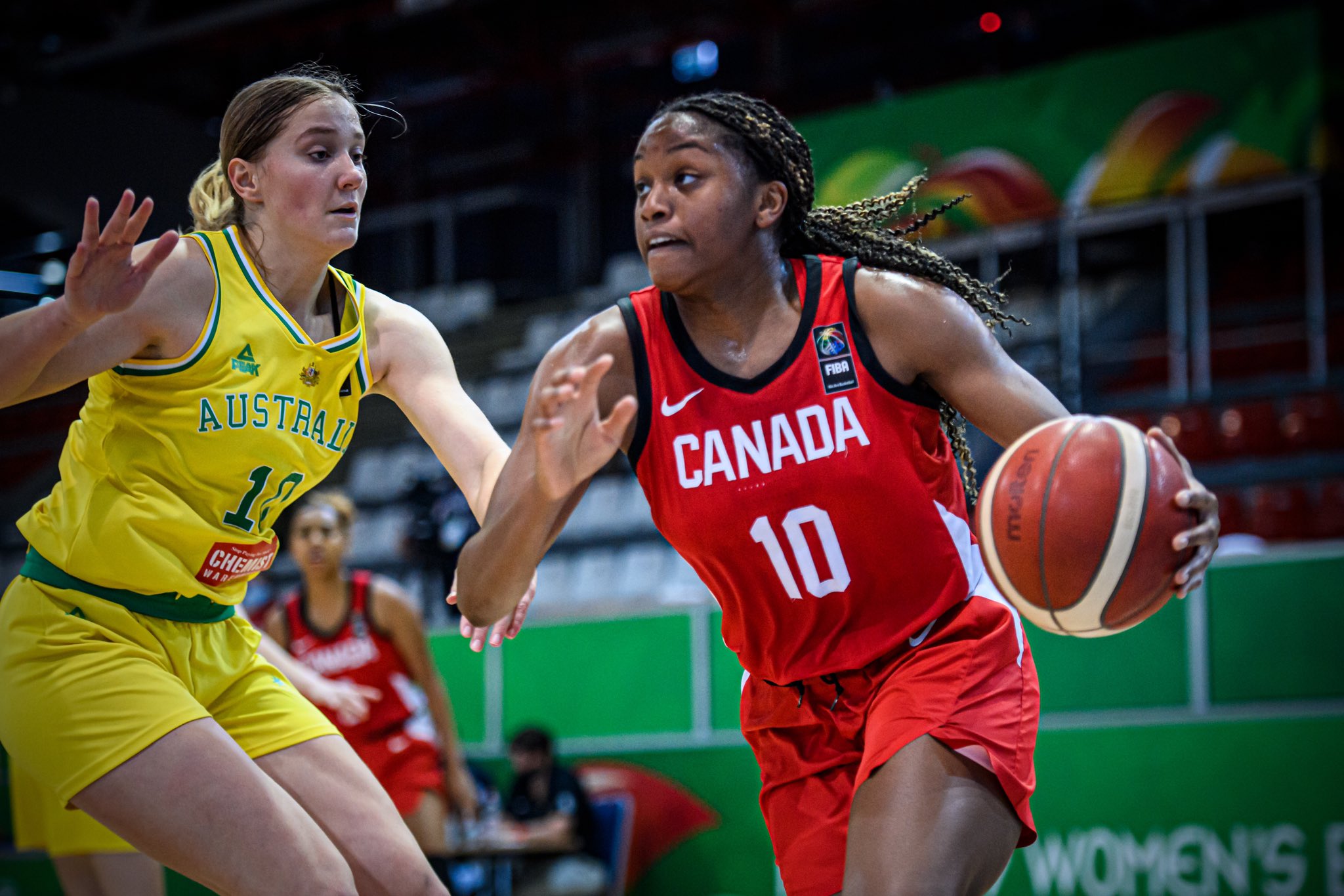 Canada falls 72-61 to Australia in the FIBA U19 World Cup, can still finish 5th

By Shaun McLeodAugust 13, 2021No Comments

The Canadian U19 women’s team’s run for a medal at the FIBA U19 World Cup tournament is over with a 72-61 loss to the number three-ranked Australia.

Canada continued their habit of starting the game slow and allowed Australia an early lead with Jade Melbourne scoring 11 of her 20 points in the first quarter.

The Canadians battled back into the game in the second and third quarters, with Shayeann Day-Wilson stepping up with 17 points, six rebounds and three assists and Yvonne Ejim with 10 points, 11 rebounds and a block.  Emma Koabel, the youngest player on the Canadian team, also provided a lift in the third quarter that helped Canada take the lead for the first time in the game on a turn-around three-point shot from Day-Wilson.

“We started off slow but battled back really hard. I’m really proud of the effort from the girls,” said head coach Fabian McKenzie.

Rosalie Mercille and Tara Wallack both had seven points and Mercille had eight rebounds.

While Melbourne carried the load early for Australia, it was forward Nyadiew Puoch who took over after the first quarter, scoring 25 points, grabbing seven rebounds and her active hands on defence led to three steals and foul trouble for the Canadians in the second half.

Australia dominated the points in the paint behind Puoch’s and Melbourne’s attacks and had 33 of the points come from the bench to just 17 from Canada.

“It was a tough battle, but we did all we could. We just made a few mistakes and couldn’t get back from it,” said Michigan State’s Isaline Alexander.

Canada will now move on to classification games to help determine world ranking where they are guaranteed at least an eighth-place finish but can move up to fifth if they win their last two games. They will face the loser of Russia and Mali on Saturday on FIBA’s YouTube channel.

“We still have two games left to regroup and wouldn’t be a shame to go for fifth in the world so, that’s where we’re headed,” said McKenzie.

CAN VS. AUSTRALIA BOXSCORE