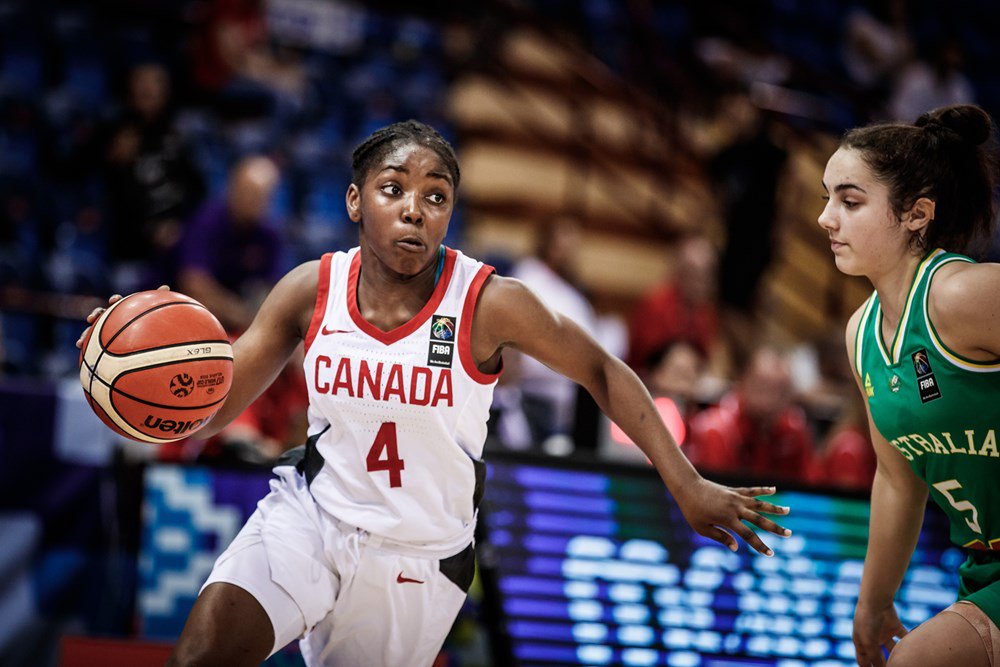 Aaliyah Edwards fueled Canada’s efforts against Australia on both ends of the floor during her 32 minutes played, shooting 45% which led her to 10 points, along with grabbing 6 rebounds, the second highest on the team, and 1 steal.

Playing against the previous U17 World Cup champions and an extremely efficient Australia team, Canada did their best to lock down defensively.  Their efforts on the glass and closing out kept them in the game throughout the first, holding Australia’s lead to 5, 15-10 going into the second quarter.

Australia pushed their lead in the second quarter by punishing Canada by forcing turnovers along with their more efficient offence. Going into the third quarter, Australia led 41-25.

Canada matched Australia’s scoring in the third quarter scoring 11 points each but found themselves trailing 52-36 going into the final quarter of play. Australia held on despite Canada’s push back in the final quarter, taking the victory 64-48.

“We were disappointed to lose to Australia today to end pool play.  They are a very disciplined and organized team, but a team we believe we can compete with.  Positively, our team has shown that they bounce back well, and we will have to do so quickly to be ready for a dangerous Spain team tomorrow” – Jodi Gram

“Unfortunately we didn’t come out with the win but this just proves how strong the competition is in this World Cup and the battle, effort and teamwork it takes to finish with a medal this tourney!  Tomorrow is a new day, what happened today is in the past and we will come out stronger and better than what we showed today” – Aaliyah Edwards

With the loss, Team Canada will move on and face Spain in the Round of 16 of the FIBA U17 Women’s Basketball World Cup 2018.