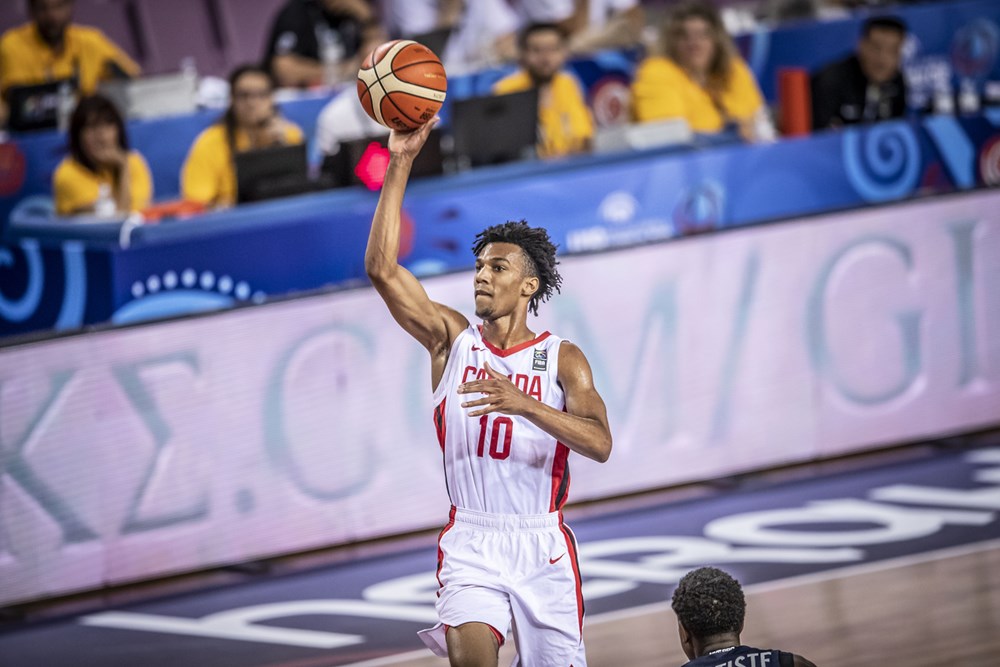 A.J. Lawson and Tyrese Samuel both led the Canadians with 14 points apiece, while Jaden Bediako recorded a double-double with 10 points and 10 rebounds. Jahcobi Neath and Joel Brown both also delivered 10 points. Joel Ayayi contributed a game-high 25 points in France’s win.

The first quarter started off slow for Canada as they found themselves in foul trouble with six minutes still on the clock. Despite the start, a Samuel layup with just under three minutes to go brought the Canadians back within one. Though France managed to stretch the lead once again, Damion Squire’s half-court shot at the buzzer left Canada down by only three at the end of the quarter.

Neath started the second quarter off strong for the Canadians with a big dunk within the first few seconds making it a one-point game. However, France answered with an 11-0 run shortly after to extend their lead. Slowly chipping away at the deficit, a three-point shot from Lawson with just under two minutes to go saw Canada trailing by just three points. With less than 10 seconds on the clock, France drew a foul and converted a pair of free throws to make it a five-point game. However, a clutch layup from Brown in the finals seconds left the Canadians down by just three once again entering halftime.

The two teams went back and forth to start the third quarter but halfway through the frame, France found themselves up by nine points. Canada responded with a 7-0 run of their own to shrink France’s lead to just two with three minutes to go. After an Ayayi layup stretched the French lead, Canada and France traded free throws as the quarter came to an end with the red and white trailing, 65-61.

In the first few minutes of the fourth quarter, a dunk followed by a three from Samuel jump-started the action for Canada as they took the lead for the first time. A three-pointer from Josh Primo saw the Canadian run grow to 8-0 and a 69-65 advantage, causing France to call a timeout. After Canada led for just over the first half of the fourth quarter, France regained the lead, 72-71. With 1:30 to play, Bediako’s hook shot pulled Canada within one point but that would be as close as they would come.  After a monster block from Samuel gave them a second chance, Squire hit a big three leaving Canada down by just two.  But it wasn’t enough as France eventually escaped with the 85-80 victory.

Canada will face Puerto Rico in the Classification Round on Saturday, July 6, 2019, at 8:30 AM EDT. Fans can catch the game streaming live on FIBA YouTube or the Canada Basketball Facebook page.