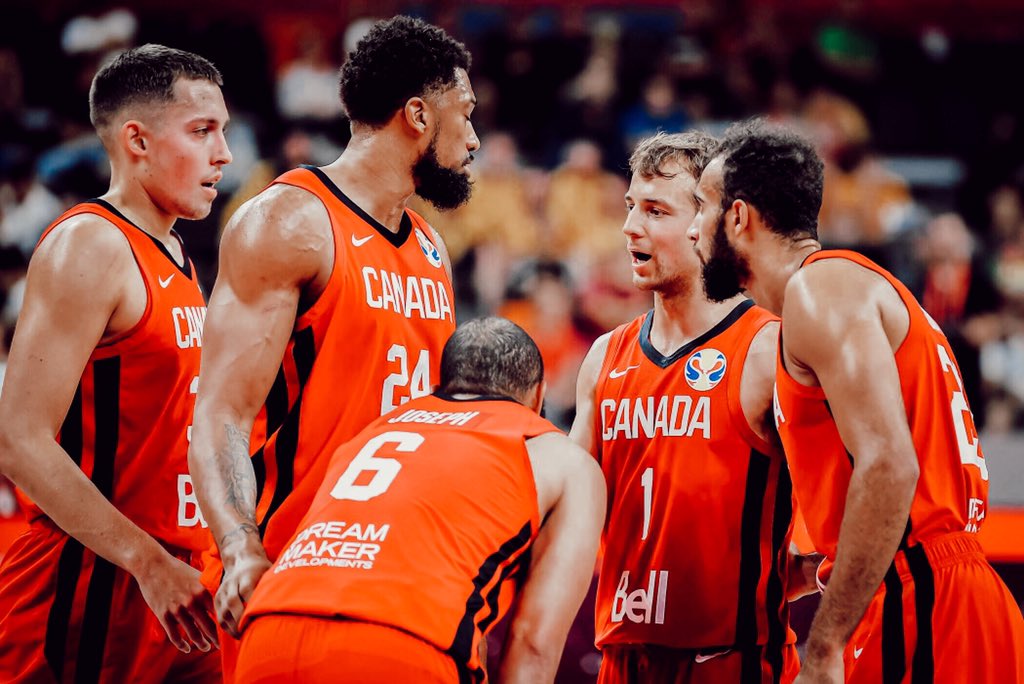 Kyle Wiltjer led the team with 18 points, Khem Birch contributed 15 points (on 6-for-7 field goals) to go with nine rebounds, and Melvin Ejim added nine points and eight rebounds in the loss.

With World Cup play wrapped up for Canada, the team now shifts its focus to a FIBA Olympic Qualifying Tournament next summer that will determine spots for the Tokyo 2020 Olympics.

“We had moments in this tournament where we played really well and we had some times where we didn’t,” Ejim said. “We would have liked to play better in those first two games [in Round 1] and shot it as well as we did against Jordan [on Saturday], but it doesn’t always work like that. I think we came out, played hard, and tried to give ourselves a chance.”

“I think we played some really good competition,” head coach Nick Nurse said. “It was a good experience for us. Playing Australia, Lithuania in the group [pool], then we ended up playing Germany in this side of the pool as well. [Those are] three very highly-ranked teams, so it was good for us to get some good competition.”

Canada shot 35 percent in the loss, compared to 41 percent for Germany. While Canada was 13-for-17 from the free-throw line, Germany finished 25-of-31 from the line.

“Today was a microcosm of how we’ve played,” Nurse said. “We look great for stretches, then have some cold stretches where we couldn’t put the ball in the basket, but I thought we generated good shots. I thought we played hard. We just needed to shoot the ball a little better today.”

After playing two exhibition games in Canada against Nigeria and then a five-game exhibition tour in Australia before arriving in China for the FIBA Basketball World Cup, Nurse was pleased with the opportunity for the team to get to know one another better over the past month.

“It was a very good and wide snapshot for me,” Nurse said. “From the training camp, to getting on the road, and being on the road for a long time, playing such good competition, we played great competition in Australia as well. I’m pretty happy with how we worked, how we practiced. I thought we played hard.”

Though Canada scored first on Monday, Germany went on a 9-0 run to take a seven-point lead before Ejim connected on a three-pointer to make it 9-5 Germany with 6:04 remaining in the first quarter. A steal and layup from Andrew Nembhard at the end of the quarter brought Canada within five. As both teams shot 33 percent from the floor and struggled to score in the quarter, Germany held a 17-12 advantage after the opening 10 minutes.

Nembhard found Conor Morgan for a three to trim Germany’s lead to two to open the second quarter. Germany responded with a three of their own, but another three for Canada, this time from Phil Scrubb, again kept Canada within two, 20-18, with 8:39 to go in the half. Back-to-back buckets from Nembhard followed by a three-point play from Owen Klassen gave Canada a one-point lead midway through the quarter. Scrubb scored again on a layup to extend the lead to three, resulting in a Germany timeout. After the teams traded free throws, Canada stretched its lead to six, 33-27 with 3:51 to go in the half, but Germany closed the quarter on a 9-0 run to take a 36-33 lead into the break. Germany’s Dennis Schroder led all scorers with 10 points at the half, while Canada was led by six points apiece from Nembhard and Morgan.

Team Canada opened the third quarter on a 13-3 run to take a 46-39 lead after a Birch dunk with 5:31 remaining in the quarter. After back-to-back three-pointers from Wiltjer, Canada extended its lead to double-figures. A layup from Joseph gave Canada a 54-44 advantage with 3:50 remaining in the third, but Germany closed the quarter strong again, this time on a 12-2 run to tie the game at 56 heading into the fourth.

Canada struggled offensively to start the final quarter and was scoreless at the 7:41 mark when Nurse called a timeout after Germany opened a 63-56 lead. Canada’s first points of the quarter came on a pair of free throws from Birch with 7:04 remaining. After a technical foul free throw and dunk from Birch, Canada trimmed Germany’s lead to just two midway through the quarter. They tied it on a three-pointer from Wiltjer, assisted by Birch, with 5:07 remaining. From there, Germany outscored Canada 14-7 to lead 78-71 with 1:23 remaining. Though Wiltjer would hit a pair of free throws as well as a floater, Canada could not bridge the gap, falling to Germany 82-76 to finish 2-3 at the World Cup, and 2nd in their Classification Pool.

“I love National Team basketball,” Nurse said. “I think there’s something really special about these guys putting it on the line for their country and giving up their time. It’s to me, the purest form of basketball that we have, so I love that.