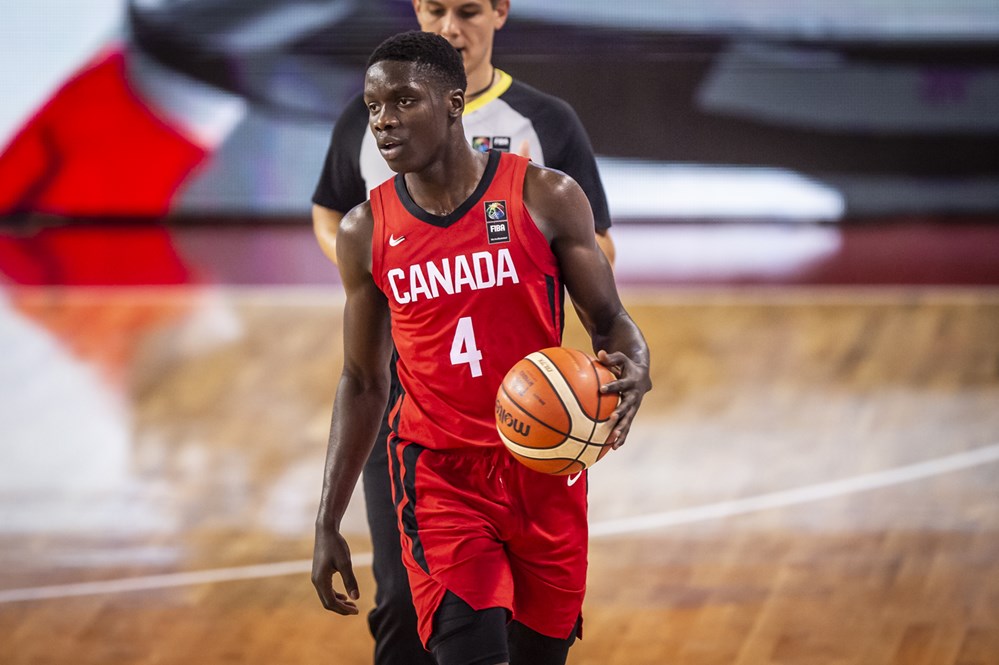 By Drew EbanksJuly 6, 2019No Comments

HERAKLION, GREECE (July 6, 2019) – Team Canada fell 98-81 to Puerto Rico Saturday afternoon during the Classification Round at the FIBA U19 Basketball World Cup 2019.

A slow start from Canada saw Puerto Rico race out to a 12-0 lead to open the first quarter. By the end of the quarter, Team Canada trailed by 11, entering the second down 30-19.

Canada picked up the pace in the second quarter after Tyrese Samuel’s floater tied the game 36-36 at the 4:31 mark. The two teams went back and forth for the remainder of the frame.  A layup by Jaden Bediako at the 0.6 second mark of the quarter tied the game 47-47 going into halftime.

Coming back from halftime, the two teams remained neck and neck before Puerto Rico went off on 11-0 scoring run to open up their lead. By the end of the third, the Canadians trailed by seven, 73-66.

The fourth quarter ended in Puerto Rico’s favour, outscoring the Canadians 25-15, to win the game 98-81.

Canada will face Serbia in the 7th-8th Classification game on Sunday, July 7, 2019, at 6:00 AM EDT. Fans can catch the game streaming live on FIBA YouTube or the Canada Basketball Facebook page.