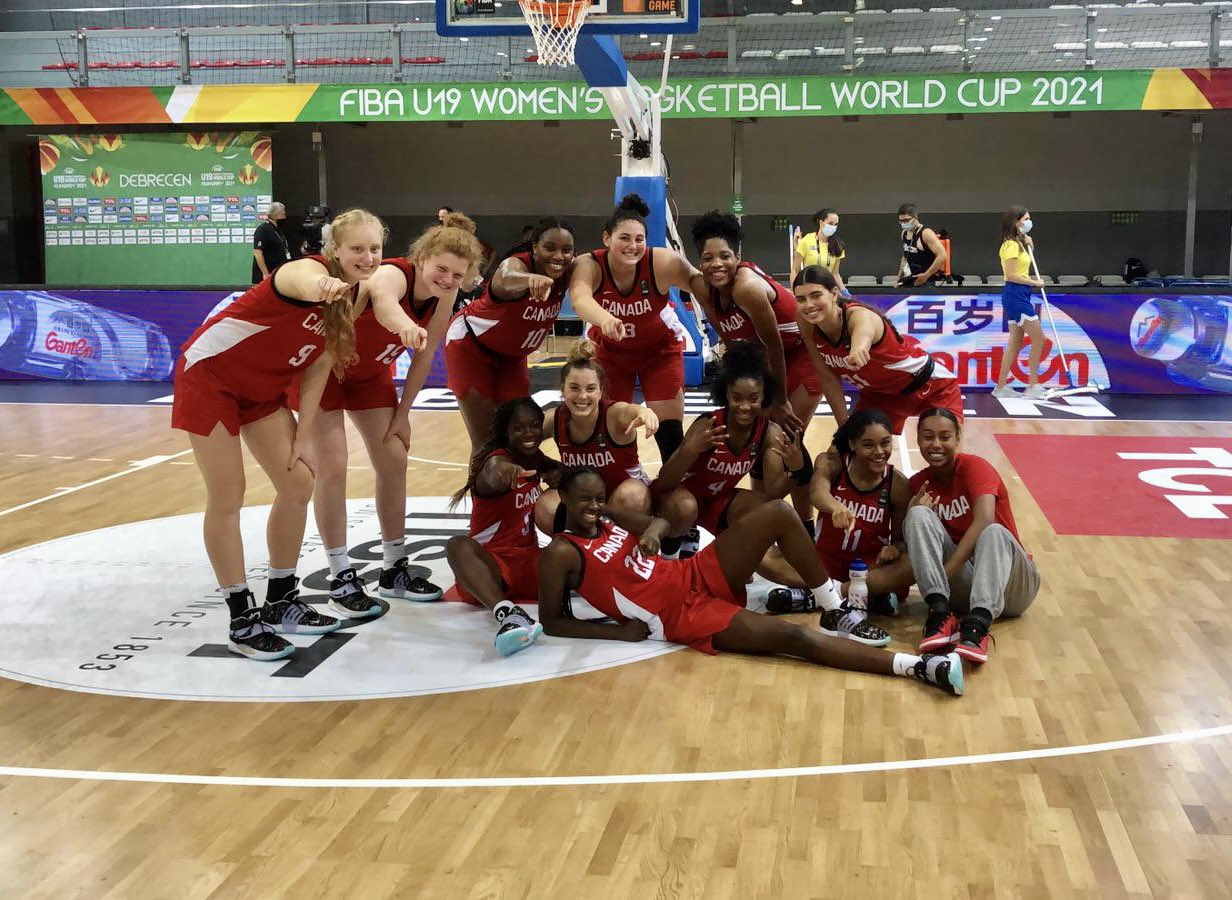 By Shaun McLeodAugust 16, 2021No Comments

With a 72-61 victory over the Czech Republic, Canada has officially finished in fifth place at the FIBA U19 Women’s Basketball World Cup.

“Came away with a fifth place finish which we are very proud of. Proud of the effort of the ladies today and we’re happy to go home with 5th,” said Canada’s head coach Fabian McKenzie.

Canada started strong and went on a 9-0 run to open the game before the Czech Republic answered with the only five points they would score in the first quarter. The Canadians went on another run shortly after and finished the dominant first frame up 23-5.

“Today was a great game, we came flying out of the gates with all kinds of energy and played very well, built a big league and weathered their storm in the second half,” said McKenzie. “We had a well-rounded team effort, and everyone contributed and everyone played hard.”

Yvonne Ejim and Tara Wallack anchored the Canadian defence with Wallack having four steals and two blocks and Ejim having three steals, two blocks along with 12 points and 13 rebounds.

While the Czech’s found their footing offensively in the second quarter they weren’t able to pull away from the Canadians who answered every run with a run of their own and relied on a full team performance to secure fifth place.

Emma Koabel, Deja Lee and Izabella Zingaro all had five points as well.

“I felt that we really came together and we really worked hard as a team. Everyone was contributing on and off the floor with their energy. Everyone put everything they had into this game,” said Ejim. “I’m really proud of our team and where we finished in this tournament.”

Day-Wilson is now second in scoring for the tournament after today’s game, behind only Sika Kone of Mali, and Ejim is third in rebounding for the event. Both players have cases for the All-Star Five but will have to wait until the tournament is officially over to find out if they’ve made it.