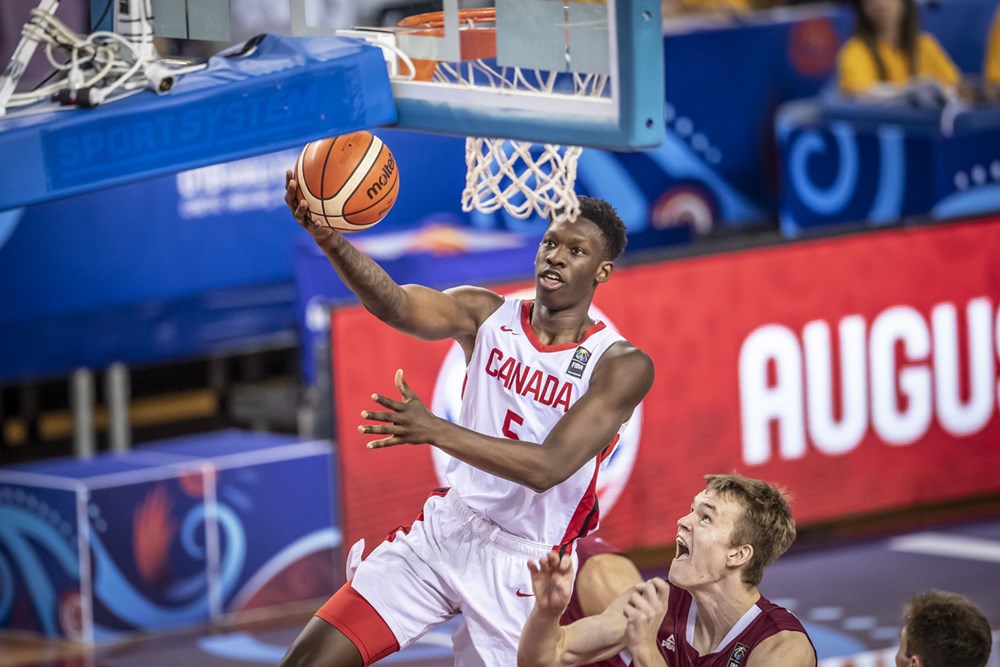 The Canadians started off strong start going on a 9-0 run against Latvia early on in the first quarter. With just over a minute to go, the Canadians were up 18-8 before Latvia went on a 7-0 run. Though by the end of the first quarter, Canada was still in the lead 18-15.

The second quarter started off close with Latvia hitting a three to tie the game in the opening minutes. But it was not long before Canada found their stride, outscoring Latvia 18-14 in the quarter. By the halftime, Samuel had already contributed 13 points and Canada led 36-29 at the break.

Canada maintained their lead throughout the third quarter with their advantage never dropping below five points. With less than 30 seconds to play in the quarter, Bediako who shot 76.47% overall at the free throw line, split a pair of free throws to give Canada a 10-point lead going into the fourth quarter.

A close fourth quarter found the two teams separated by just a few points for much of the frame. With just five seconds left on the clock and Canada up by thee, Mane hit both of his free throws to give the red and white a five-point advantage. Despite Latvia hitting a three-point shot in the last seconds of the game, Canada escaped with a 78-76 victory.

Canada is in Group B along with Australia, Latvia and Mali. Click here for the full tournament schedule.

Canada now moves on to the Round of 16 and will face Senegal on Wednesday, July 3, 2019. Fans can catch the game streaming live on FIBA YouTube or the Canada Basketball Facebook page.