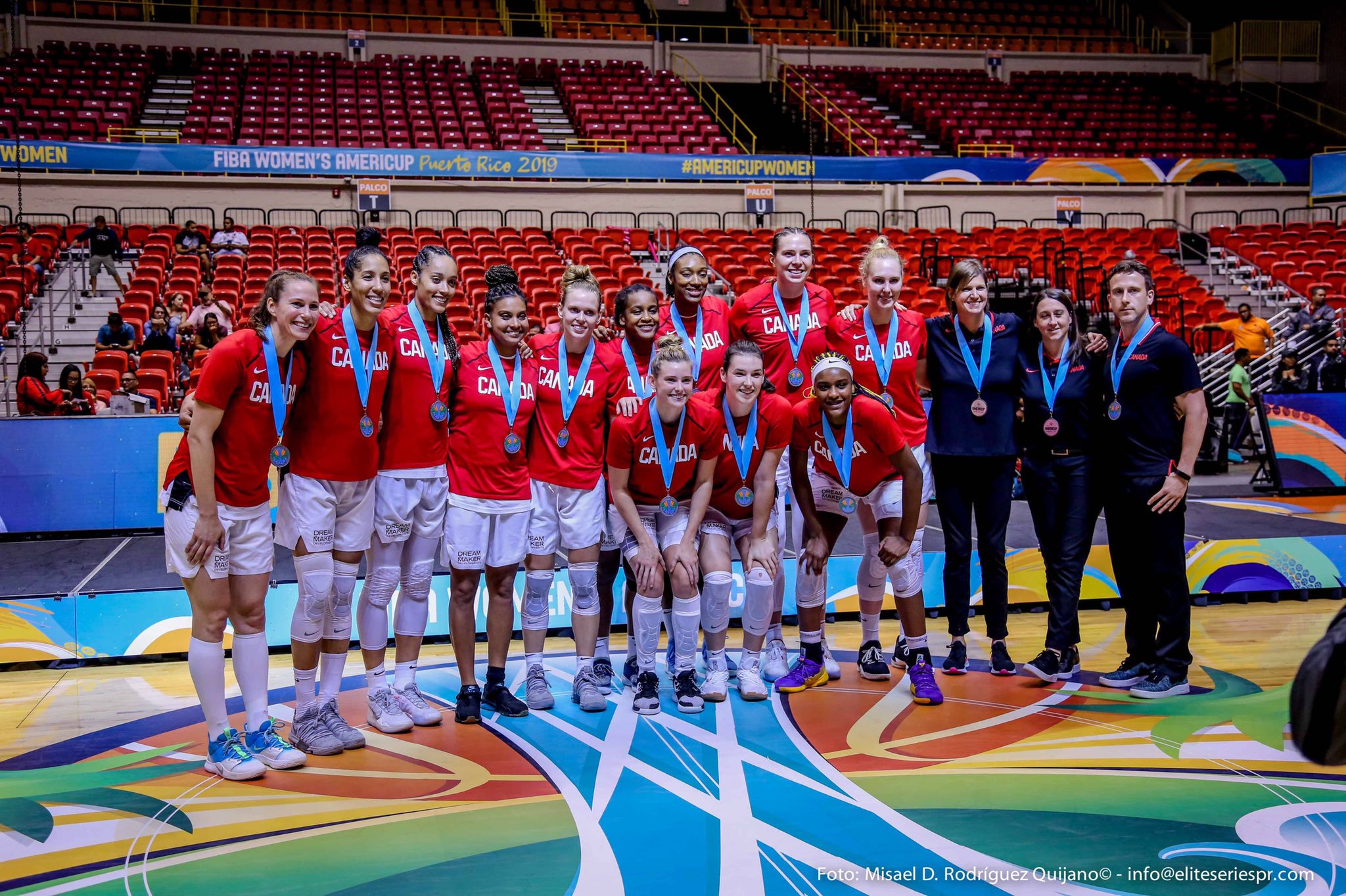 SAN JUAN, PUERTO RICO (September 29, 2019) – Team Canada will be bringing home the silver medal after falling to USA 67-46 at the FIBA Women’s AmeriCup 2019 on Sunday evening.

Jamie Scott led Canada with a team-high 12 points and seven rebounds, while Aaliyah Edwards and Miranda Ayim both contributed nine points. USA was led by Tina Charles and Sylvia Fowles who scored each scored 12 points in the victory.

A defensive opening to the game saw Canada hanging with USA for much of the first quarter. A two-point jump shot from Ayim cut the deficit to just one point with 3:51 to go in the frame.  But USA answered, increasing their advantage by four and held a 14-9 lead after the opening 10 minutes.

Sami Hill made a pair of free throws early in the second which allowed Canada to trim USA’s lead by two to open the second quarter. Shortly after, both Bridget Carleton and Jamie Scott found success, scoring a layup and a three, respectively, to give Canada their first lead of the night, 16-14. The two teams continued to trade shots before a three-point play from Edwards left Canada down by just one with 3:25 to go in the quarter.  However, USA closed the quarter on a 9-0 run to take a 34-24 lead into the break.

USA clamped down on defence in the third as they forced Canada to take some difficult shots.  A big block from Ayim showcased Canada’s defence, but with under six minutes to play in the quarter, Canada trailed 46-30.  By the end of the quarter, USA led Canada by 19, 57-38.

Canada scored eight points in the fourth quarter, just two less than USA, but were unable to decrease the American advantage as they went on to re-capture the FIBA Women’s AmeriCup.

With the silver medal, Canada has now found a spot on the podium in eight of the last nine competitions dating back to the 2003 FIBA Americas Championship for Women in Culiacan, Mexico.  The loss ended Canada’s streak of two consecutive championships and 17 wins at the event. The silver was Canada’s second in team history and first since a second place finish at the 2013 FIBA Americas Championship for Women.

Following the game, Canada’s Kayla Alexander was recognized for her strong showing at the tournament and was selected to the FIBA Women’s AmeriCup All-Star 5.

Earlier this evening the groups for the FIBA Women’s Olympic Pre-Qualifying Tournaments 2019 were announced and Canada will be in Group A along with Cuba, Dominican Republic and Puerto Rico.  Group B will feature Argentina, Brazil, Colombia and USA.

“We were happy to be playing in this game and competing for a gold medal but I don’t think we’re really happy with our performance in the gold medal game. USA’s length and athleticism has a lot to do with that. I thought our team did well throughout the tournament and we saw some good things. Unfortunately, we had some injures at the wrong time. We would have liked to have had a chance when we were fully healthy, but I thought we improved and we saw some good things from our younger players.” – Lisa Thomaidis