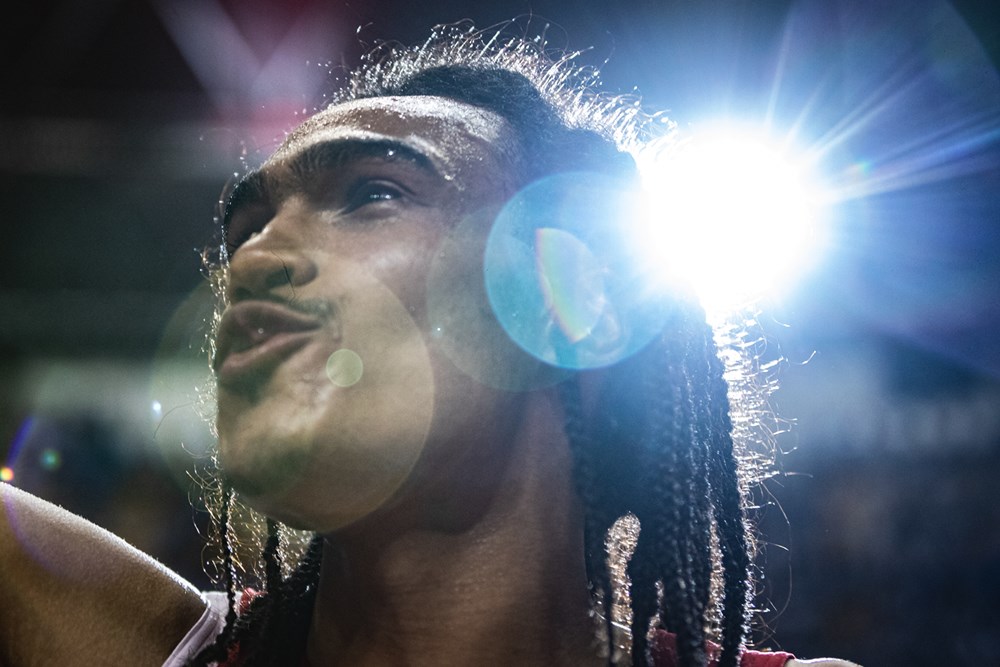 By Shaun McLeodSeptember 9, 2022No Comments

Home » On Point Blog » Canada gets by Mexico 82-77 as Dalano Banton shines again, semifinal vs. hosts Brazil up next on Saturday

The Canadian senior men’s national team is off to the semi-finals of the AmeriCup 2022 tournament after a nail bitter 82-77 victory over Mexico.

Mexico took an early lead over Canada while establishing multiple shooting threats from the perimeter. Daniel Amigo led all scorers with 20 points, four rebounds, and three assists, while Gabriel Giron had 19 points and three assists.

Canada averaged just 25 per cent from three-point range coming into the game, and continued to struggle to find any consistency beyond the arc. Toronto Raptors guard Dalano Banton had 16 points, four rebounds, and seven assists in another spectacular showing on both sides of the ball.

Omar Quintero, Mexico’s head coach, rode a short eight-man rotation in the game, with four players designated as coach’s decisions on the bench. The tight rotation also saw multiple players, including Yahir Bonilla, who had 13 points, seven rebounds, and seven assists, and Fabian James, who had an 11-point 10 rebound double-double, play all 40 minutes.

Mexico began to pack the paint offensively after a tight first half that saw Canada up by two points at half time, but while they found advantages in the third quarter using their size, the Mexicans quickly began to fade as the short rotation left them fatigued.

With Mexico on the ropes, Jahvon Henry-Blair, one of the tournament standouts for Canada, once again stepped into the second scorer role behind Banton and had 14 points, five rebounds, and four assists. Lloyd Pandi also continued to show his ability to adapt by scoring 11 points and playing solid defence on Mexico in the second half.

Canada’s depth also began to show with Mexico fading away as Trae Bell-Haynes scored 10 points and Thomas Kennedy and Maurice Calloo had seven points each.

The win sets up a rematch with the host nation, Brazil, who took down the Canadians 72-63 in the first game of the tournament. Brazil is one of two undefeated teams left in the tournament and could be the toughest remaining threat for the Canadians, with Argentina and the USA lining up on the other side of the bracket. The match-up will take place on Saturday September 10th after a rest day on Friday and will be available to watch on DAZN.