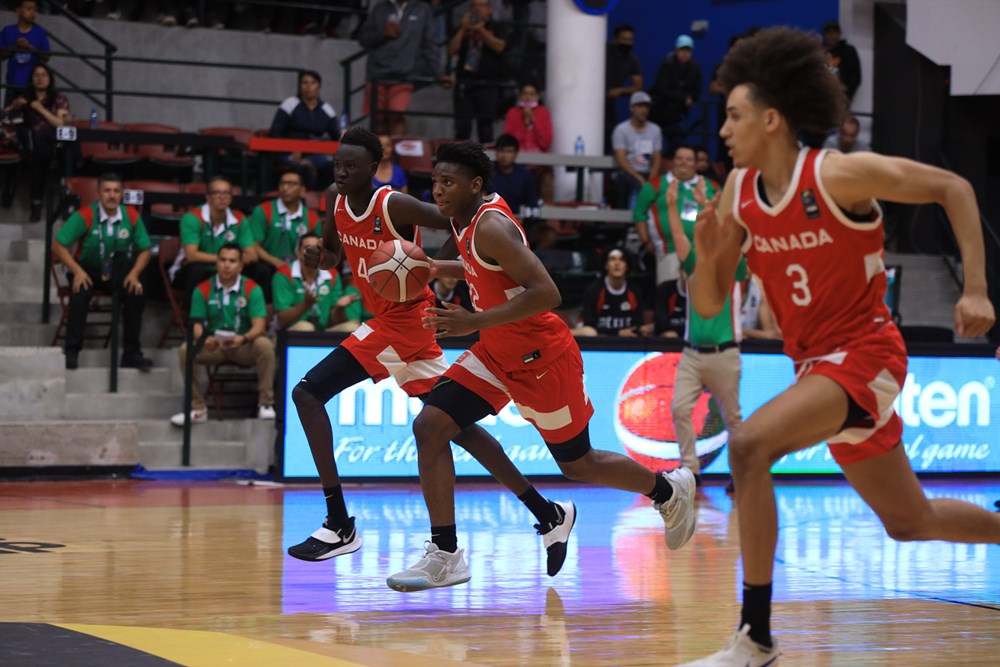 The Canadian U18 men’s team is off to the races at the FIBA U18 America’s Championship with an 83-75 victory over Mexico in their first game of the tournament.

The Canadian squad went through spurts of offensive production in the first quarter, but the starting lineup struggled out of the gate. United Scholastic Academy point guard Vasean Allette brought all the fire you would expect defensively but started shooting just 1/8 from the field. Edge Prep’s Bubu Benjamin and Centennial Secondary School’s Favour Ibekwe also struggled to get on the board early, but both contributed heavily to the massive rebounding advantage, as Canada had 63 rebounds to Mexico’s 42.

Recent Texas Tech commit, Elijah Fisher rose to the occasion with 11 points and seven rebounds, along with David Simon, who had eight points to keep the Canadians’ offence moving through the early lulls. Allette would eventually come to life in the second half when he abandoned the three-point shot, and ended up leading all scorers with 19 points, seven rebounds and four assists.

A 15-5 run to start the fourth saw Mexico take a lead for moment with the home crowd going wild, but Canada responded after a time out and put the game away with a steal from Fisher and dagger from Dylan Grant, who had six points and five rebounds.

Canada will have to tighten up some loose play and find ways to take advantage of their bigs when they get position down low moving forward. Argentina is next up on Tuesday night at 9 P.M. and is coming off a 60-55 loss in their opening game vs Brazil. The game will be live streamed on FIBA’s YouTube channel.