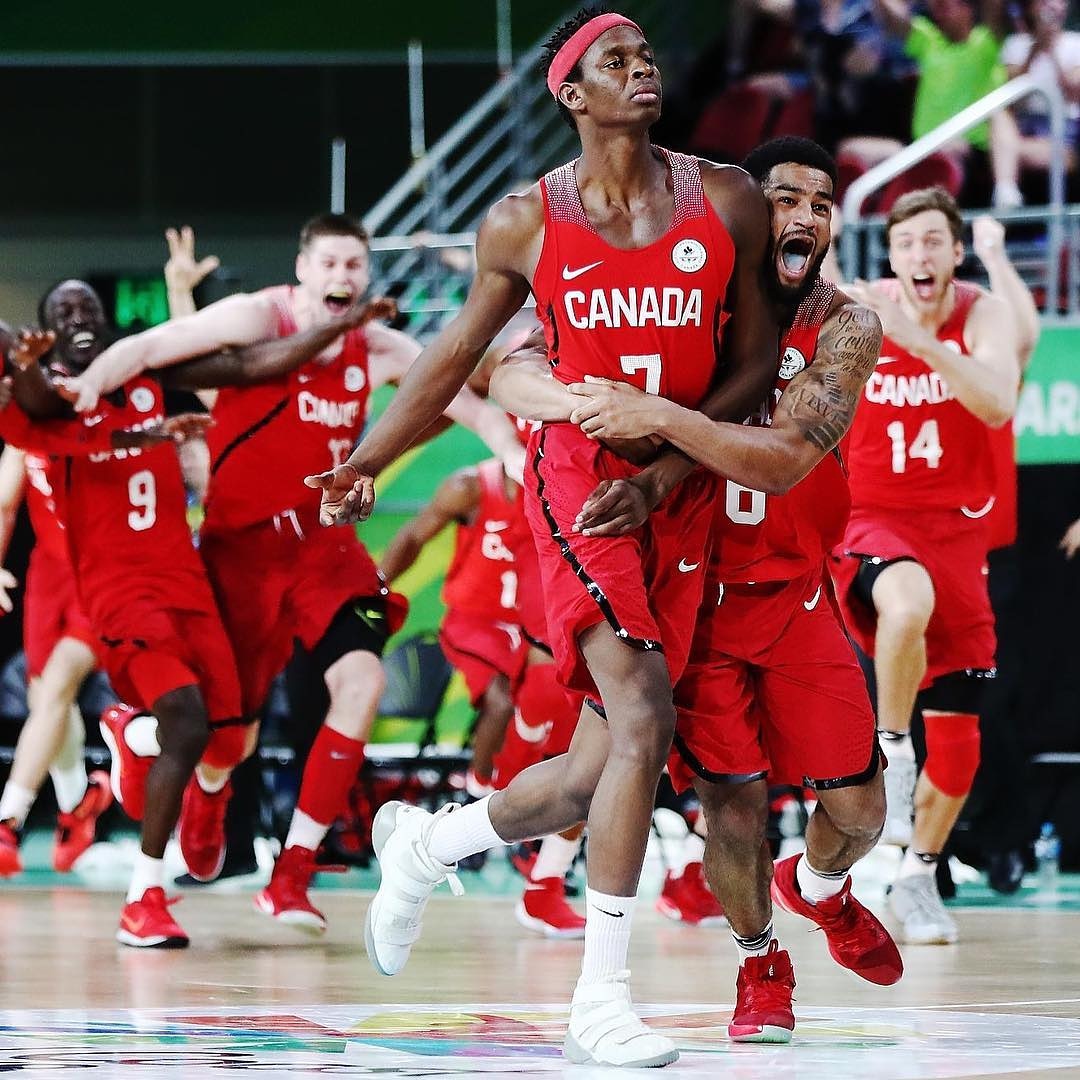 Ammanuel Diressa led Canada with 22 points, while Conor Morgan added 19 points of his own in the win.  Munis Tutu finished with 17 points and a team-high six assists.

Leading 45-42 at halftime, Canada poured it on in the third quarter, outscoring New Zealand 30-16 to carry a 75-58 advantage into the final frame.

However, the Tall Blacks wouldn’t go quietly.  Thanks in large part to a 10-0 run and stingy defence, New Zealand took the lead 85-83 with just over a minute to play in the fourth quarter.  After a Diressa layup evened the score once again, New Zealand’s Shea Ili, who had not missed a free throw all week, split a pair giving Canada one final chance with 5.1 seconds to play.

Coming out of a timeout, Justus Alleyn found Mamadou Gueye who buried a three pointer as time expired to give Canada the historic victory.

“It was a bit of a scramble, that’s not the play we drew up but the ball fell to me and I was confident as soon as the ball left my hands” – Mamadou Gueye

“It was a broken play at the end a little bit.  I think they guarded it very, very well.  We ended up getting the ball into the hands of a guy who had been sitting a little bit in the second half and he just made a play at the end.” – Kirby Schepp, Head Coach

“Being an international game for our guys who are somewhere between 18 and 23, at that level, against that quality of team… And now we have a chance to play Australia, in Australia, for gold.  Priceless opportunity.” – Kirby Schepp, Head Coach

Canada will now face hosts Australia on Sunday, April 15 at 11:30 (Saturday 9:30 PM ET) in gold medal game. The game will be streamed on DAZN. Click here for the complete tournament schedule.