“We were happy to get the win against a tough Paraguay team. We have to continue to improve throughout the tournament as a lot of tough games lie ahead.” – Craig Beaucamp, Head Coach

“We knew we were playing a tough team and had to work hard for every possession. We made some key stops on defence to hold our lead. We have a lot of confidence right now and we want to continue our momentum into the next game.” – Shemar Rathan-Mayes (Toronto, ON)
UP NEXT

Canada’s final game of the group phase is against Venezuela on Friday, June 16 at 5:45 PM EST. Click here to catch the game and get live stats. 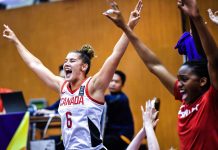 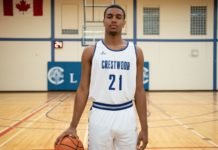