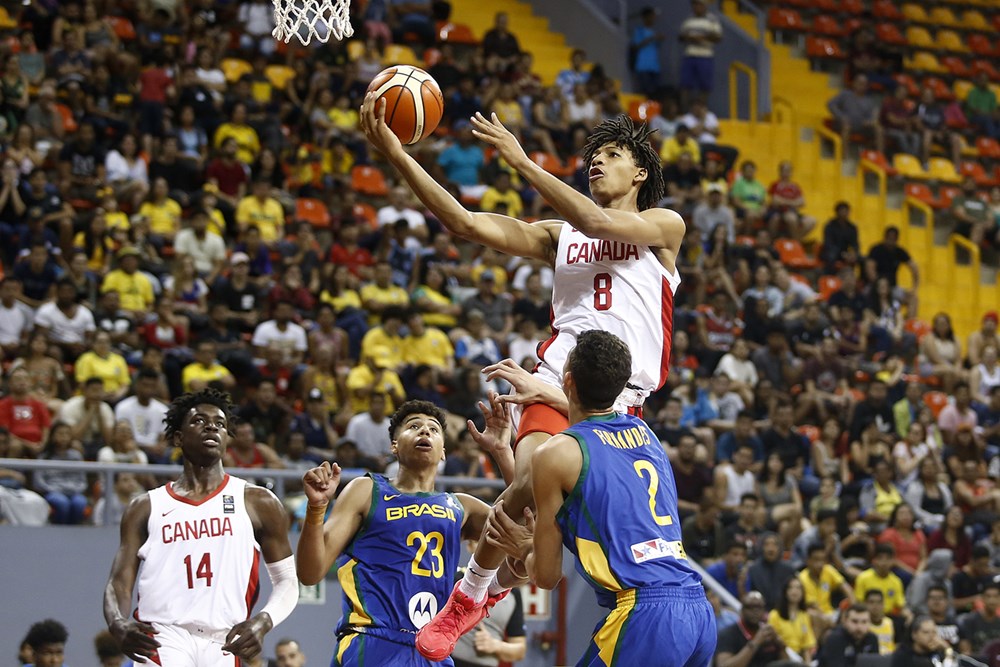 Caleb Houstan recorded a double-double, 28 points and 10 rebounds, to lead Canada to the victory.  Houstan’s 28 points tie him with Kevin Pangos (2009 vs. Venezuela) for most by a Canadian at the FIBA U16 Americas Championship.

Shaedon Sharpe finished with 13 points, while Josiah Davis had 10 points of his own in the win.  For the second game in a row, Ryan Nembhard led the team in assists with nine.  Brazil’s Rodolfo Bolis recorded a double-double of his own with 11 points and 13 rebounds in the loss.

Canada came out firing in their second game of the tournament, knocking down four of five three pointers in the opening quarter to build a 12 point lead after 10 minutes of play.  Despite being outscored 19-17 in the second quarter, Canada carried a 10 point advantage, 44-34, into halftime.

The Canadians attempted to pull away from the hosts in the second half but a raucous home crowd kept the Brazilians in it for much of the third quarter.  Up ten points with just over three minutes to play in the third, the Canadian lead grew as they entered the fourth with a 14-point advantage.

Canada will take on Puerto Rico on Wednesday, June 5 at 5:15 PM ET to conclude the Group Phase at the FIBA U16 Americas Championship 2019.  Fans can catch the game streaming live on FIBA YouTube or the Canada Basketball Facebook page.