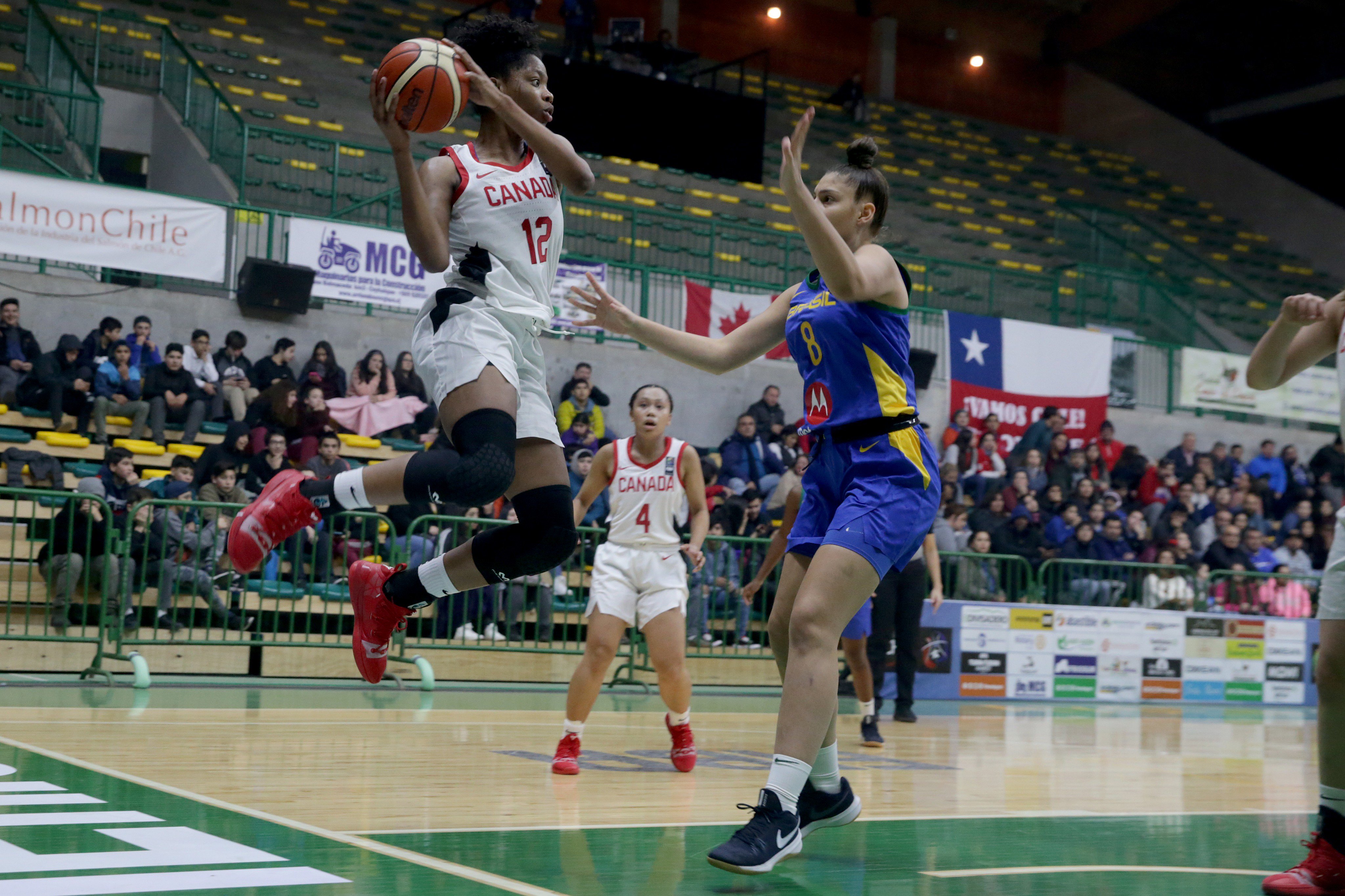 Lauren Audino was Canada’s top performer of the game with 12 points, seven rebounds and two assists. Both Isabelle Forsyth and Rosalie Mercille contributed 10 points in the win, while Isaline Alexander recorded a game-high 12 rebounds. Brazil’s Ana Oliveira had 8 points.

With five points coming from Canada’s top performer in the first quarter, the Canadians ended the first quarter up 25-16. A 16-0 run to open up the second quarter added to the team’s advantage and they entered the halftime up 44-19.

Despite being outscored 15-12 in the third quarter, Team Canada still maintained their lead and was up 56-34 by the end of the third quarter. In similar fashion to their previous game, Canada delivered a 39-point defeat and are now leading Group B with four points.

The FIBA U16 Women’s Americas Championship 2019 will qualify the top-four teams to the FIBA U17 Women’s Basketball World Cup 2020.

Canada is in Group B along with Ecuador, Brazil and Puerto Rico. Click here for the full tournament schedule.

Canada will face Puerto Rico on Tuesday, June 18, 2019, at 6:00 pm ET to conclude the Group Phase. Fans can catch the game streaming live on FIBA YouTube or the Canada Basketball Facebook page.