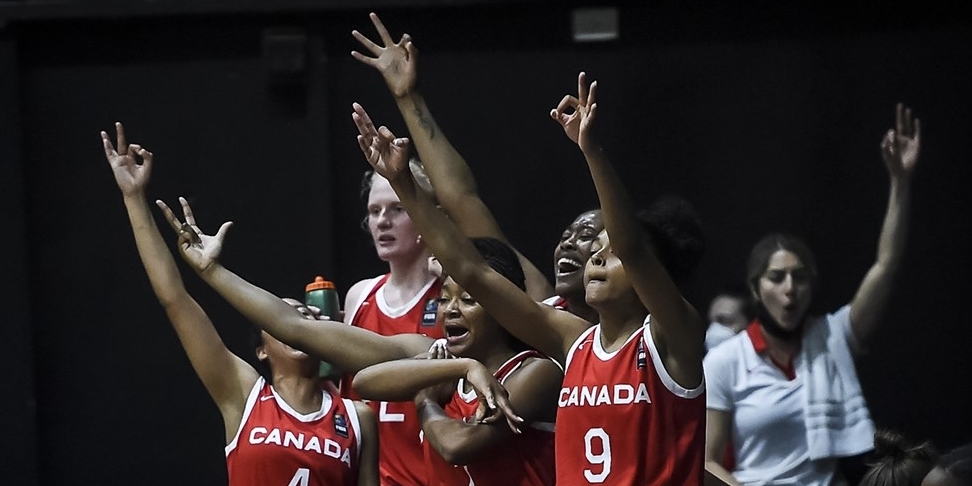 The Canadian U18 women’s national team has made another statement with a massive 80-38 victory over Brazil on day two of the FIBA U18 Women’s Americas Championship.

Brazil struck early by packing the paint and grabbing rebounds to take a quick 4-0 lead, but Emma Koabel took advantage of the space around the perimeter to get Canada on the board with her first two threes of the game.

Cheyenne Rowe began to find space to work off Koabel’s success from deep, and the Canadians began to give Brazil issues in the paint with T’yana Todd and Lemyah Hylton both attacking inside, leading to easy buckets.

Brazil struggled to keep up defensively with Canada from there as the Canadians were getting open looks almost every trip down the floor. Kick-out drives to Koabel were automatic, Marah Dykstra had five rebounds in the first quarter, and Fatima Diakhaté was a force to deal with inside, leading to a 22-8 lead for Canada after the first quarter.

At the start of the second quarter, Brazil ratcheted up the defensive pressure on ballhandlers and it paid off with an 8-0 run and a shot clock violation that forced Canadian head coach Steve Baur to take a time out to talk things over. Jasmine Bascoe would right the ship for Canada out of the time out with a three-point bomb for Canada’s first points of the quarter, and she assisted on the next two baskets for Canada as they began to rebuild their lead and took a 38-25 lead into half time.

The second half brought many of the same issues for Brazil as Koabel sunk her fourth three of the game, and Hylton began to take over, once again showcasing the guard depth that led to the massive lead against Mexico in Canada’s opening game of the tournament.

Bascoe had eight points, six rebounds, and six assists, while Dykstra grabbed 15 rebounds to go with her four points.

Canada eventually took a 28-point lead, making it the second game in a row where they’ve reached that mark. With a win against Argentina on Wednesday, Canada could finish the group stage undefeated to claim the top seed in Group A, which would likely see them matched up with El Salvador in the quarter-finals.

For link to watch the Canada/Argentina game at 7:30pm est. between Canada/Brazil click HERE!