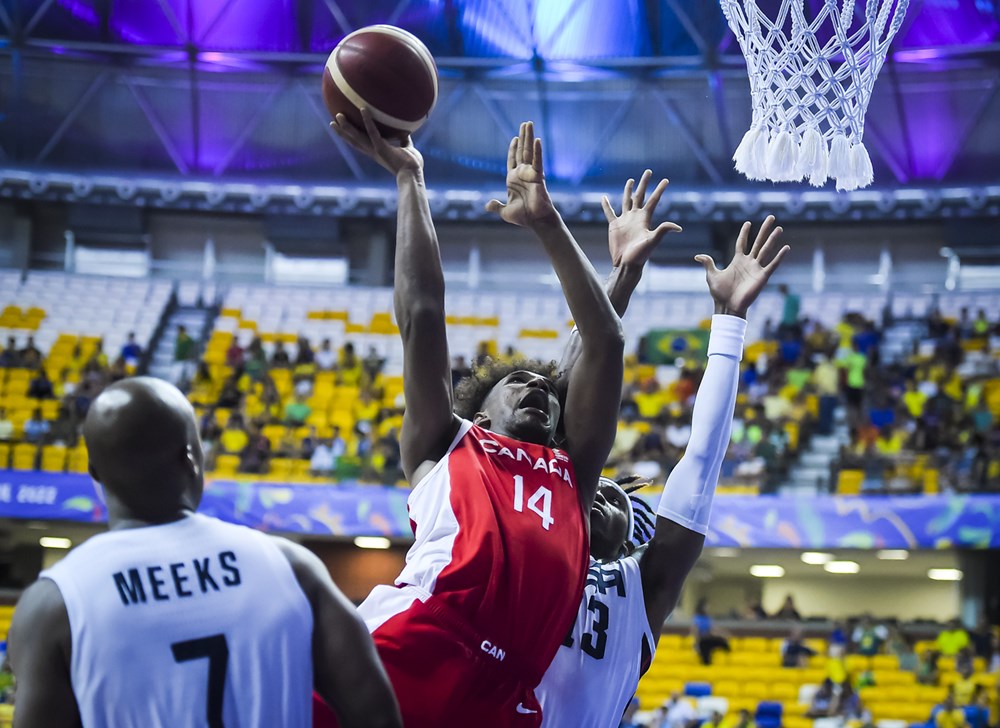 By Shaun McLeodSeptember 12, 2022No Comments

Home » On Point Blog » Canada loses out on Americup Bronze, falling 84-80 to the USA, settles for 4th place as Abu Kigab scores 18 points

The Canadian senior men’s national team’s run at the 2022 AmeriCup ended without a medal as they fell 84-80 to the USA in the bronze medal game on Sunday.

Canada took an early one-point lead as each team found their way to the rim, but the American side was able to limit Toronto Raptors guard Dalano Banton to just 18 minutes and eight points with Gary Clark as his primary defender.

In Banton’s place, former Boise State Bronco, Abu Kigab, rose to the occasion and scored 18 points while grabbing four rebounds in his best showing in the tournament. Kigab was buoyed by two standout performances on the wing, with Kadre Gray scoring 15 points, dishing seven assists, and grabbing five rebounds, while Jahvon Henry-Blair scored 15 points as well while adding five rebounds.

Canada took a 36-29 lead into halftime, but the USA began their run to bronze in the second half, with Clark leading all American scorers with 18 points, six rebounds, and three assists.  G League guard Zylan Cheatham added 16 points and six rebounds to their total as the USA outscored Canada 25-21 in the third quarter.

In the fourth quarter, Canada’s execution and consistency issues began to rear their head again as America dominated the offensive glass with 13 offensive rebounds, and their veterans began to put together a 30-point quarter that put away the Canadians and sealed a medal for the scrappy American side.

The FIBA continental championships, including AmeriCup, have been removed from Olympic Qualifying, so while the result does not affect Canada’s Olympic hopes, it has given more time to players who may be a part of the next World Cup Qualifying window set to take place on Nov. 10 when Canada faces off against Venezuela without NBA and NCAA representation on the roster.