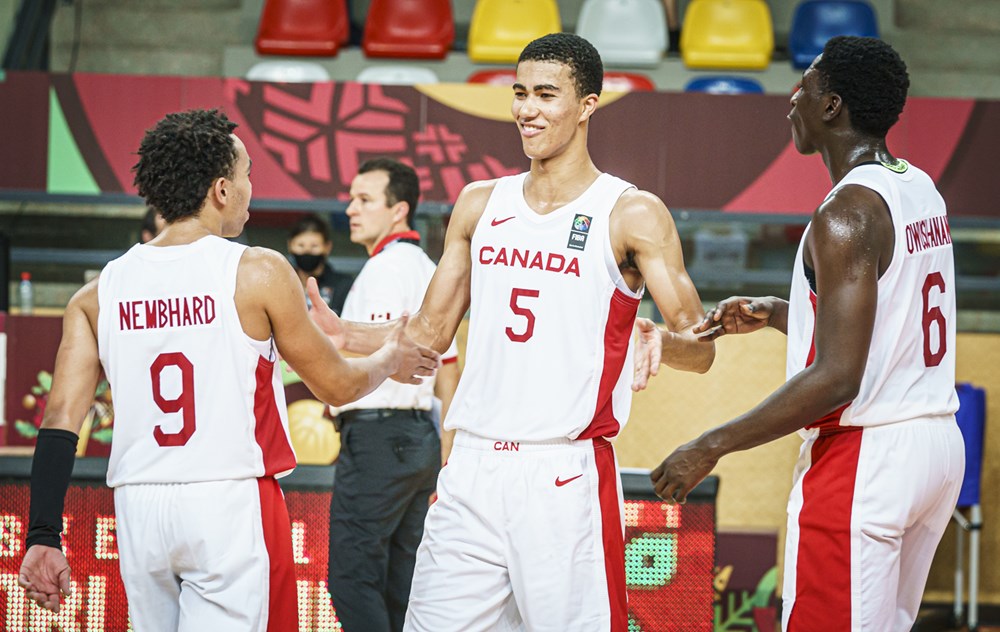 Canada was led by 18 points apiece from Caleb Houstan and Ryan Nembhard as the team managed to slow down a hot-shooting first half from Lithuania and took control late in the fourth quarter. Azuolas Tubelis led Lithuania with 32 points and 12 rebounds in the loss.

Lithuania led for much of the first half and held a 42-32 lead at the break after connecting on 7-of-17 attempts from beyond the arc.

Things stayed the same in the third quarter as Lithuania kept a steady hold on the lead, until Elijah Fisher turned it on. With a quick steal and fast break dunk the lead was cut to six. Lithuania held a 55-51 lead at the start of the fourth, but it was all Canada after that.

“This was the perfect first game for us,” Head Coach Paul Weir said. “We were challenged by a great opponent in Lithuania and it tested our team in many ways. To fight back and earn this victory is a great testament to a terrific group of players and staff I feel blessed to be leading right now.”

Part of the the fight to get back in the game was Zach Edey under the basket and Fisher logging significant time off the bench as they both made their Canadian national team debut. While Edey helped turn the game playing more physically in the second half, Fisher scored 11, including seven in the second half to help keep Canada afloat.

“We got a lot of guys who came off the bench and contributed, and I think thats a good testament to our team. [The ability] to push through against a real good team. We were down most of the game and came out with the win,” said Houstan.

Canada outscored Lithuania 29-16 in the fourth. Whenever the team needed a bucket it seemed that Nembhard was there to provide one scoring all of his 18 points in the second half, with 16 of those coming in the fourth quarter.

“We were down in the beginning, they went on their runs, we went on ours. We kept at it and we played hard, we played tough. We were able to come out at the end and get the win,” said Houstan.

Canada will play again on Sunday as they face Japan at 5:00 a.m. ET. Canadians can catch all of the action streaming live and free on FIBA YouTube.