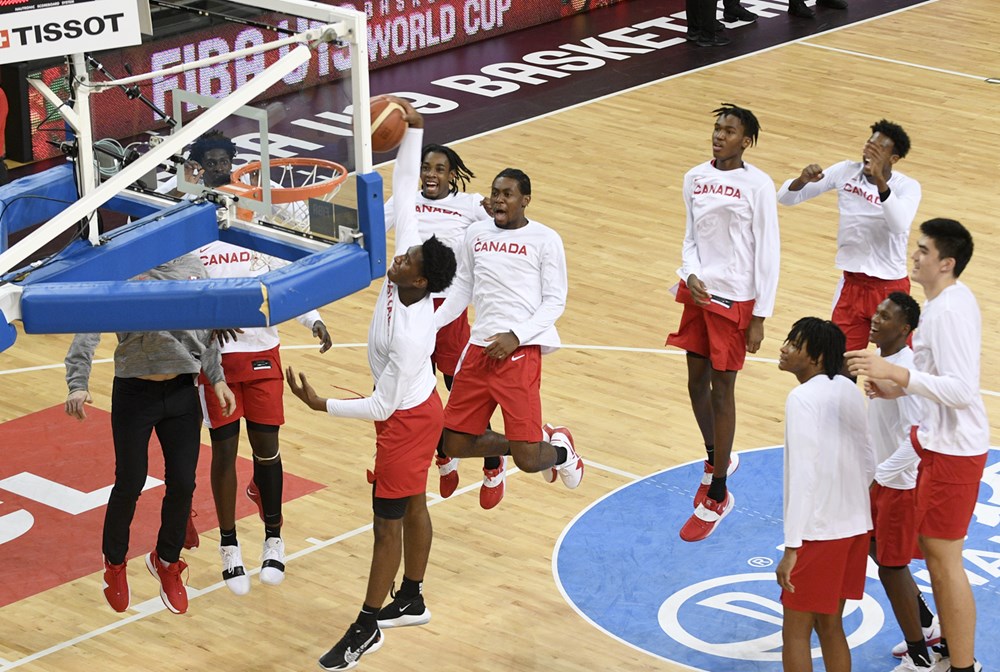 By Shaun McLeodJuly 7, 2021No Comments

With an 86-56 victory over Puerto Rico, the Canadian U19 men’s team is off to the quarter-finals of the FIBA U19 World Cup.

Puerto Rico was able to keep the game close for six minutes and had some good showings from small forward Rafael Pinzon and guard Johned Walker, but there was no stopping Canada when it got rolling. The Canadians dominated the glass with 57 rebounds and every major player for the team got in on the action.

“In the first couple of games we were getting killed on the boards, so that was the main focus and we worked on that in practice and made that emphasis and it’s paid off in the last two games,” said Ryan Nembhard who’s headed to Creighton in the fall.

Michigan Wolverine commit Caleb Houstan fixed his shooting woes from the last two games by being more selective about the three-pointers he was taking, leading to him shooting 50 percent from three on his way to 14 points, four rebounds, three assists and three steals.

Elijah Fisher put in his candidate for dunk of the tournament with a thunderous fast-break jam midway through the fourth quarter. The Crestwood Prep shooting guard scored 14 points, grabbed six rebounds and had three steals for the game in his best showing yet.

Arizona’s Bennedict Mathurin had 13 points, three rebounds and three assists and Nembhard opened the second half with back-to-back threes in his double-double performance with 13 points and 10 assists.

With the result of the game never in danger in the second half, head coach Paul Weir decided to rest some of his star players in advance of the quarter-finals, including Zach Edey who snapped his double-double streak at three games with 10 points and eight rebounds.

Canada will have Thursday off before moving onto the quarter-finals where they’ll face Spain, the no. 3 ranked U19 program in the world. Spain dropped their opening game in an upset to Argentina, allowing France to take the top spot in Group C, but has held every opponent to under 75 points in the tournament.

Led by shooting guard Ruben Dominguez who is averaging 16.8 points and Millan Jimenez who is averaging 14.8 points and five rebounds, Spain represents the toughest matchup for the Canadians since their opening game against Lithuania. Canada will be bringing a distinct size advantage to the matchup with 7’3” Edey and 6’11” Charles Bediako rotating in the centre spot.

The game will be available to watch on youtube.com/FIBA and DAZN Canada at 5am EST.  on Friday July 9th.