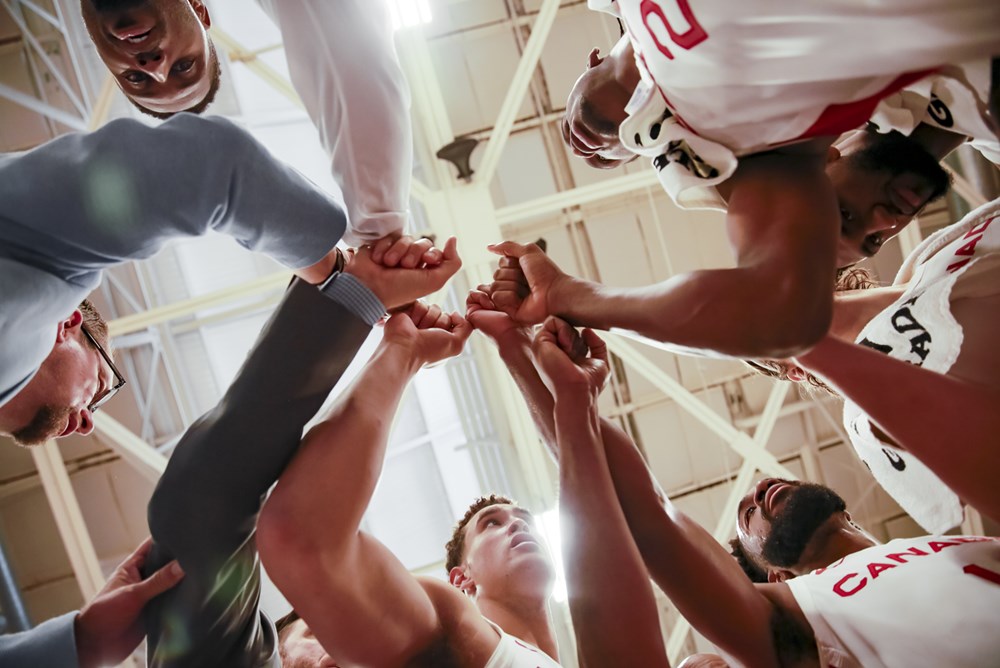 By Shaun McLeodJuly 5, 2022No Comments

From over 7000 people in attendance at the FirstOntario Centre in Hamilton on Friday, to a quarter full university gym, the atmosphere couldn’t have felt more different. Shai Gilgeous-Alexander opened the scoring once again with a step back jumper and the Canadians were off to the races with a 28-8 lead after the first quarter.

While the big names shined bright for basketball on Friday – and Gilgeous-Alexander was spectacular with 24 points, three rebounds and three assists – some new names got some time to contribute on Monday night.

Seven foot four Zach Edey saw more time in this game, getting put into the game midway through the third quarter with three other NBA players on the floor with him at the same time. The game was well in hand by the time Edey hit the floor, but his size was immediately noticeable as the Virgin Islands struggled to find anyone to guard him in the post, leading to multiple open threes.

This game was the final of the third window of FIBA World Cup Qualifiers, and the final three are set to take place August 22-30, Nov 7-15 and Feb. 20-28, with the final two happening during the NBA season. Canada will face Venezuela, Argentina, Panama, Dominican Republic and the Bahamas in the next round.

Canada vs. Dominican Republic highlights below: