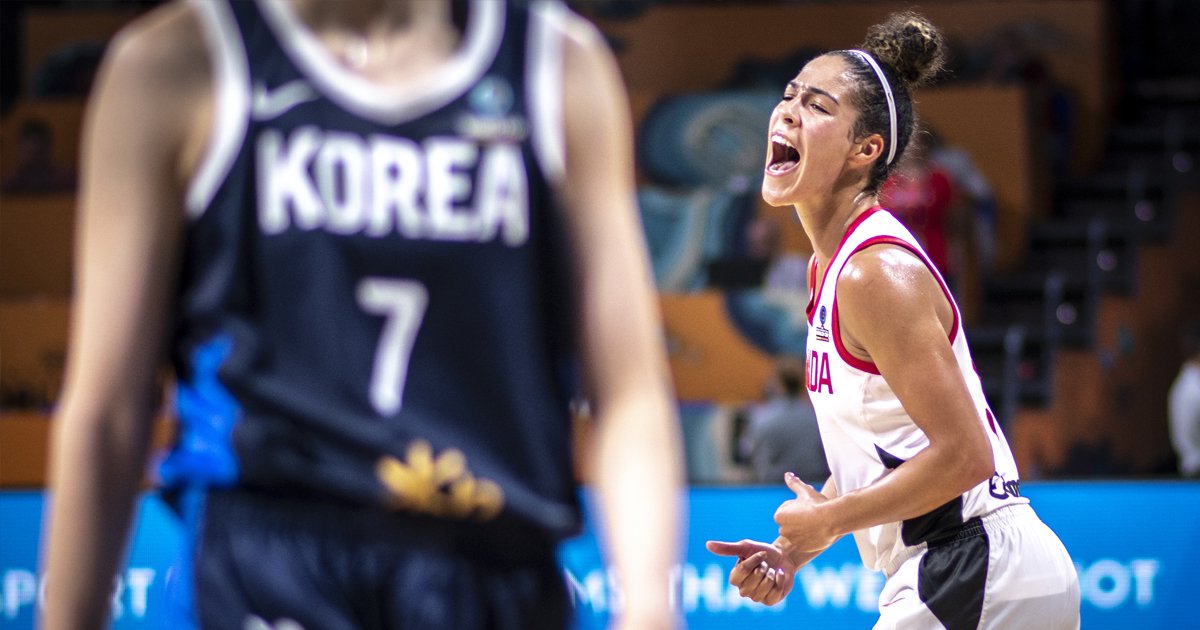 Kia Nurse had a game-high 29 points on 11/16 shooting as Canada improved to 2-0 in the tournament. Miranda Ayim added 13 points and was one of three Canadian players with six rebounds.  Miah-Marie Langlois filled up the box score with eight points, six rebounds and six assists.  Ji Su Park was the leading scorer for Korea with 23 points and nine rebounds

Leading Korea 8-3 midway through the first quarter, Canada used a 7-0 run to take a commanding 15-3 lead.  However, Korea answered with a small 4-0 run of their own and had the deficit down to just eight points at the end of the opening quarter.

Canada exploded offensively in the second quarter, including a 17-0 run in which Nurse knocked down four consecutive three pointers on her way to 20 points in the frame.  The Canadians entered halftime with a commanding 21-point lead, 45-24.

Despite multiple comeback efforts from Korea in the second half, Canada’s lead was never truly threatened as they cruised to the 19-point victory.

“Coming out of the quick turnaround that we had from last night (80-51 win over Greece) to this morning, we came out with the right energy and the right intensity and a focus that allowed us to get out early in transition and score a lot of points and defensively be disruptive.” – Kia Nurse

“We’re really trying to leverage our athleticism and speed and find those open looks because we do have some weapons outside the three-point line.” – Head Coach Lisa Thomaidis

Following this victory, Canada will now face France on Tuesday in a first place battle for Group A and a bye to the quarter-finals at the FIBA Women’s Basketball World Cup 2018.  Fans can catch the action live on DAZN at 3:30 PM ET.