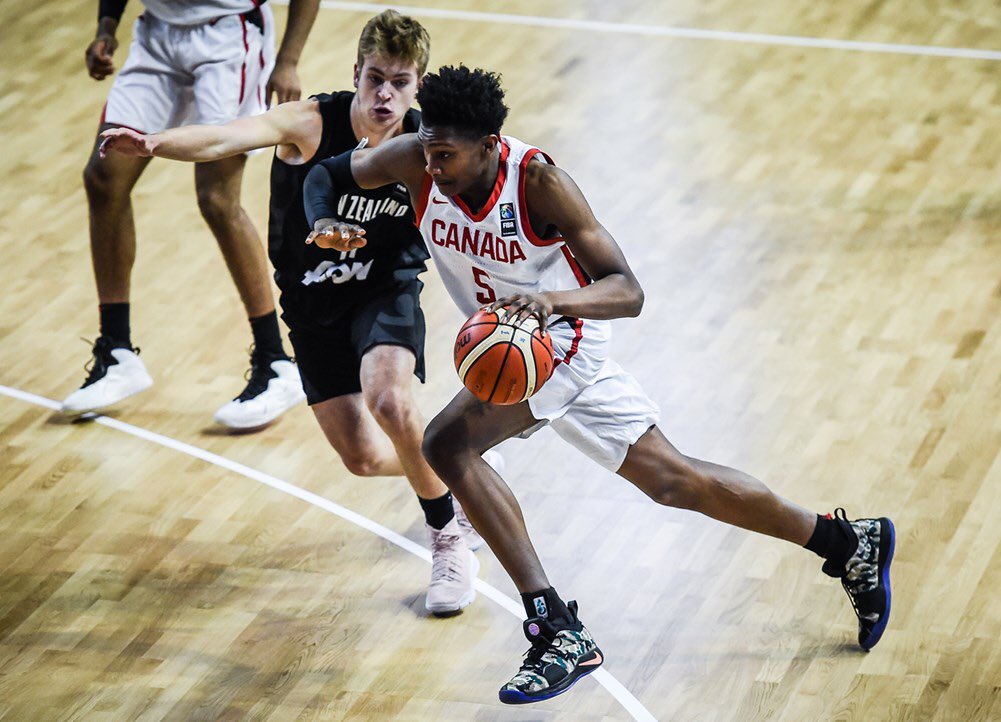 New Zealand came out of the gate firing to begin the opening frame, pushing the pace and scoring well throughout the opening minutes of the game. However, strong production on both ends of the floor from Canada’s McNeilly early in the game allowed the red and white to jump out to a 26-12 lead heading into the second quarter.

Canada took over in the paint to begin the second frame, crashing the boards with relentless energy and extending their lead to a 20-point margin early in the quarter. However, New Zealand would prove their own resilience later in the frame, taking control of the boards once more and closing the scoring gap late in the frame. However, a scoring surge led by Canada’s Matthew-Alexander Moncrieffe gave the red and white a 44-28 advantage heading into halftime.

Shemar Rathan-Mayes took control of the offence early in the second half for Canada, facilitating the basketball and helping the offence move with pace. However, despite the growing lead for Team Canada, New Zealand continued to find ways to score, finding their rhythm from beyond the arc in the hopes of cutting into the Canadian lead. New Zealand’s shooting would eventually shrink Team Canada’s lead, but the red and white managed to hold onto a convincing 66-49 advantage heading into the fourth quarter.

Canada’s quest for a gold medal will continue tomorrow where they will move on to the Round of 16 tomorrow as they look to remain undefeated.