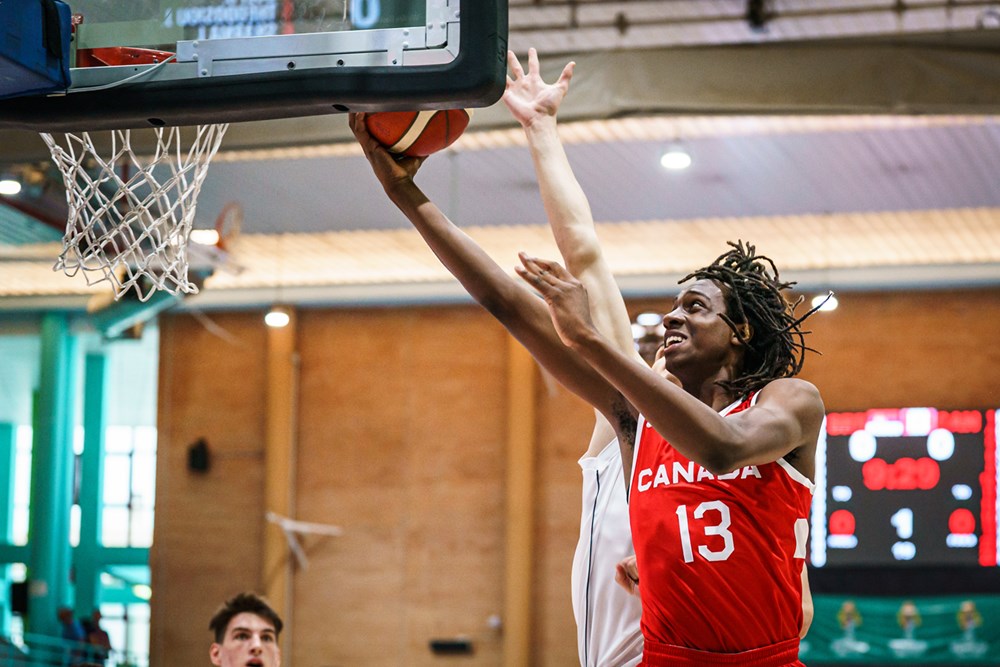 By Shaun McLeodJuly 6, 2022No Comments

Home » On Point Blog » Canada rocked 86-67 by Serbia to finish third in group at the U17 FIBA World Cup, play the formidable Spaniards in Round of 16 next

The Canadian U17 men’s team fell for the second game in a row with an 86-67 loss to Serbia, locking them into third place in Group A.

The first quarter would end up being the difference maker as Canada found their way into their offence and Hudson Ward hit the first three for Canada fifteen minutes into the game.

Serbia was led by Filip Jović for the second game in a row who scored 20 points, nine rebounds and five rebounds, continuing to show his efficient style of play after a rough showing against France to open the tournament.

Ognjen Stanković and Mitar Bošnjaković had 12 points, with Bošnjakovič grabbing 10 boards for a double-double. The Serbian bigs also naturalized the size of 7’4” Olivier Rioux, holding him scoreless with just three rebounds on the game.

The loss drops Canada to third place in Group A with a 1-2 record and they will now face a very tough Spain in the round of 16 on Wednesday July 6th, who finished second in Group B with a 2-1 record.

Canada vs. Serbia game stream below and boxscore click HERE

Canada vs. Spain Round of 16 game below and boxscore click HERE.