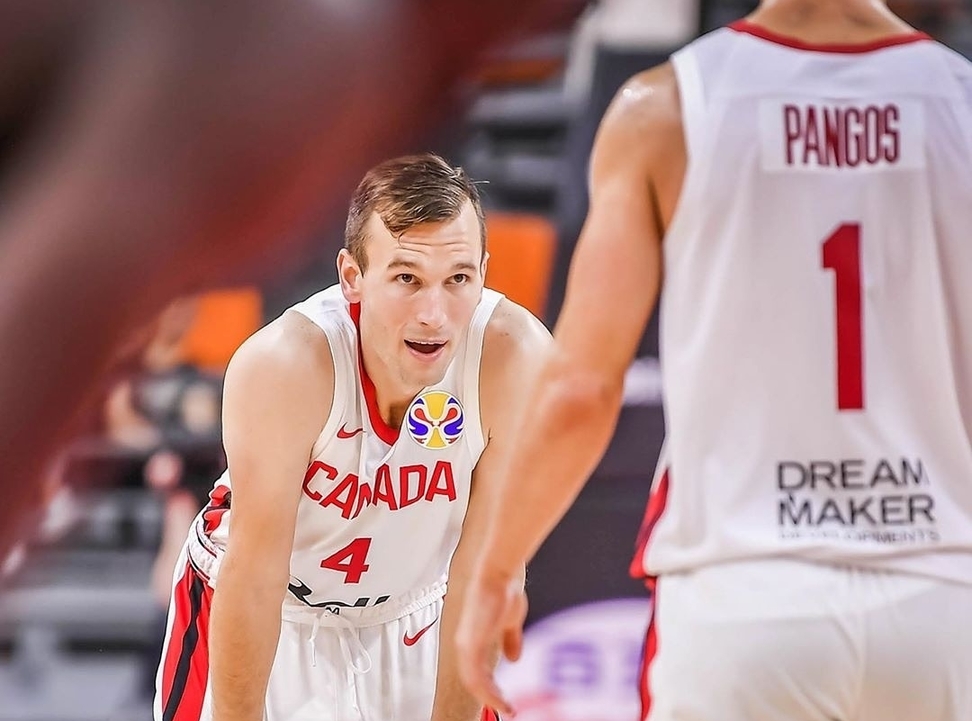 Kyle Wiltjer led the way with a game-high 29 points, scored in just 22 minutes as he shot 11-for-14 from the floor and 7-for-9 from beyond the arc. He led a Canadian team that was lights out from deep, making 24-of-44 attempts from three and shooting 59 percent from the floor in a game where they never trailed.

The 24 made three-pointers established a new FIBA Basketball World Cup record.  Canada surpassed the previous record of 19 which was set by the USA (vs Puerto Rico, Russia) at the 1994 World Championship For Men.

“I thought our guys did a good job,” head coach Nick Nurse said. “[They] took a real professional approach. We’re trying to play tough defence as much as we can and share the ball on offence, play a driving-and-kicking out to three-point style offence and today that was going pretty well, obviously. I’m just glad every guy we put on the floor went out there and played with some energy, some focus and real professionalism.”

“For us, our main goal is to make the Olympics, so every game we have to get better as a program,” Wiltjer said. “I think we did that today. Building that camaraderie and moving forward, learning things as we go every day, and improving from our mistakes in the past. We just want to continue to get better.”

Canada recorded 37 assists as a team on 44 made field goals as every player on the roster recorded a basket.

“[The assists and made field goals] go hand in hand,” Nurse said. “I would always take 37 assists. I think it’s great when most of your shots are a good percentage. I think there was only seven shots that weren’t assisted for the day which is great. I think assisted baskets hold up in tough games.”

Canada opened the scoring in the game as Khem Birch cleaned up a miss with an offensive rebound and dunk. Ejim scored on a layup not long after, and then threes from Pangos and Wiltjer along with a three-point play from Birch gave Canada an early 13-2 lead midway through the opening quarter. Canada continued to score from deep as Ejim and Wiltjer connected on two more three-pointers to extend Canada’s lead to 21-9 with 4:08 remaining in the quarter. A three-pointer from Phil Scrubb extended the lead to 26-9 and then it was Joseph who nailed a three from half-court at the buzzer to give Canada a 31-13 lead after the first 10 minutes. Canada shot 63 percent in the quarter, including 6-for-8 from deep.

The basket continued to be open for Canada in the second quarter where the team connected on eight threes, finishing 14-for-23 from beyond the arc in the first half to to take a dominant 63-35 lead at the break. Six different players for Canada hit at least one three in the half as Kyle Wiltjer led all scorers with 16 points, while Ejim and Heslip each added nine points and Joseph contributed eight points and seven assists as Canada recorded 19 assists on 23 made field goals over the first two quarters of play.

Canada opened the third on a 25-7 run, stretching the lead to 83-42 at the 4:06 mark. Wiltjer continued to score, hitting three more three-pointers and scoring 13 points in the quarter to have a game-high 29 points after three as Canada won the third 36-15 and went into the fourth ahead 99-50.

In the final frame, Canada continued to roll. A three from Andrew Nembhard meant every player on the roster had scored and also extended the lead to 105-52 with 8:17 remaining.  Canada’s final basket of the game, a three-pointer from Morgan with 1:09 on the clock, gave the team its largest lead of the game at 126-66 before Jordan scored the final five points of the game to give Canada the 126-71 victory.

Up next for Team Canada is a matchup against Germany on Monday at 8:00 A.M. ET. This will be Canada’s final game in China. Despite the team failing to advance into the second round of the tournament, Wiltjer talked about the future benefit of the team getting familiar with one another and also with new head coach Nurse at this year’s FIBA World Cup.

“Building cohesion [is important], Wiltjer said. “Even for myself as player, I didn’t know what to expect because we brought in a new coach and with that comes a new system. If we have to play next year, guys like Cory, Khem, me, we know the system now. We feel comfortable in it.

“It’s fun, I’m really honoured to be here,” Wiltjer said. “Hopefully moving forward we can continue to build on these successes.”