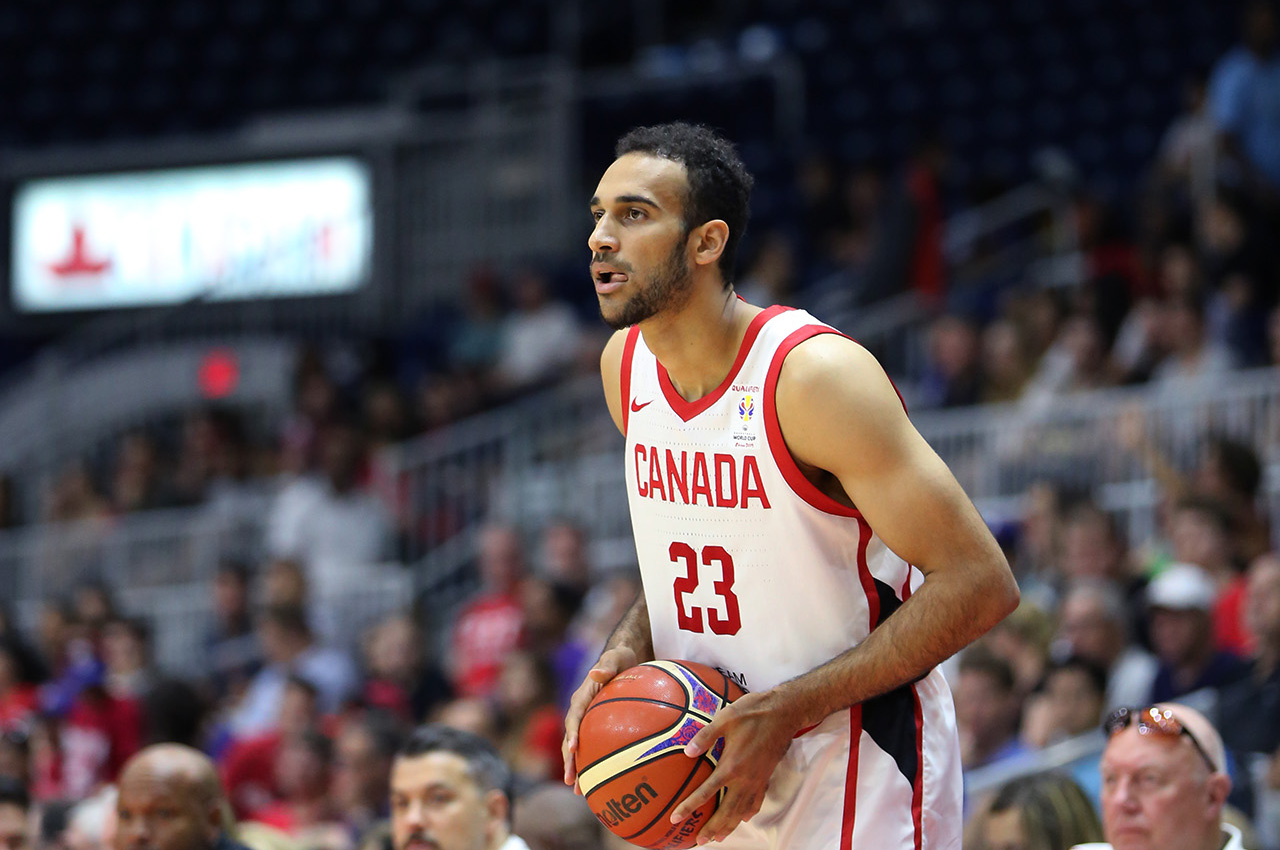 Despite a significant roster change for Canada since a semi-final loss to Venezuela in the 2015 FIBA Americas Championship, a loss that cost them an Olympic appearance, Friday night’s matchup in Caracas picked up right where the two nations left off as both teams continued their push to qualify for the 2019 FIBA Basketball World Cup.

Continuity in lineups and a raucous home crowd proved to play in Venezuela’s favour, as Canada would go on to fall 84-76 in its first of two Americas Qualifiers Window 5 games.

Despite a slow pace to start the game, three pointers from Heslip, Wiltjer and Scrubb helped uplift Canada’s offence in the early stages of the quarter and provided a counterpunch to Venezuela’s efficient post and mid-range scoring. Both teams took time to feel out their offences, as the first quarter ended in a 17-17 tie.

Joel Anthony was relied upon to provide an inside presence for Canada, particularly with rebounding and rim protection, and the 36 year-old Center would go on to notch eight points, six rebounds and a blocked shot by the end of the half.

Despite an increase in on-ball defensive pressure from Venezuela behind a crowd that picked up energy in the second quarter, Canada managed to continue keeping the game at bay with their pace and advantage in three point shooting. A Wiltjer hook shot coming out of a timeout tied the game at 37-37 to end the period, putting Canada in an ideal position heading into halftime on the road.

The second half opened with a couple of uncharacteristic possessions, as Thomas Scrubb missed an open fast break lay-up, which was then followed by an airballed 3-point attempt by Aaron Best. Unforced turnovers and missed opportunities began to add up for Canada, allowing Venezuela to slowly build some distance in the third quarter as they headed into the fourth quarter with a four-point lead.

Venezuela increased their lead to six points on a couple of possessions, but a Heslip 3-pointer off of an inbounds play with 5:58 left in the game cut the lead to 68-65. A poor sequence by Canada then allowed four straight points, growing Venezuela’s lead back 72-65 and forcing head coach Roy Rana to call a timeout.

After missing five 3-point attempts in a row, Heissler Guillent would convert on his sixth attempt, giving Venezuela their then-largest lead of the game at 77-69 as the game neared the 2-minute remaining mark.

Canada still had a chance to make a final run, but a routine pass from Scrubb off of an inbounds play was fumbled by Wiltjer, leading to a Vargas floater on the other end to help Venezuela go on to secure the win, along with the top spot in Group F standings.

Canada will resume play in Window 5 on Monday as they face Brazil in Sao Paulo, while a rematch with Venezuela will take place on February 24th in St. John’s, Newfoundland and Labrador. That will be Canada’s final game of the FIBA Basketball World Cup 2019 Americas Qualifiers.