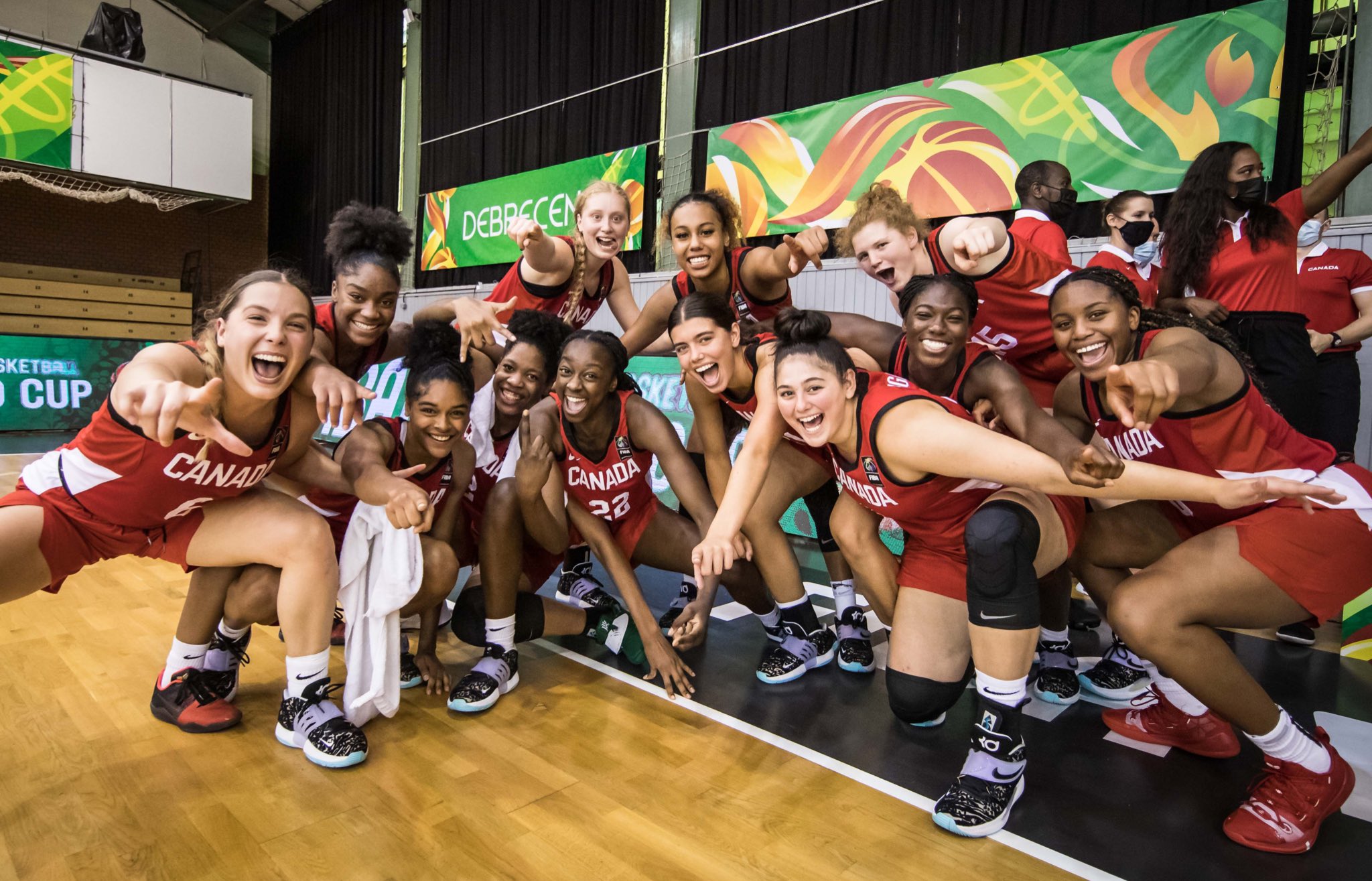 France came into the game as a medal contender, having gone undefeated in Group C and beating another basketball powerhouse in Spain in the process. But it’s Canada, led by a breakout performance from Rhode Island shooting guard Rebecca Demeke, who is heading to the quarterfinals at the FIBA U19 Women’s Basketball World Cup with a 79-72 victory over the French team.

“Today was a huge team win for us,” said Canada’s head coach Fabian McKenzie. “The best basketball we have played so far in the tournament. The girls played extremely hard on defence and then on offence. We shared the ball and played connected together.”

Lemyah Hylton said after the last game “we’ve got the next one” and the Canadians sent a strong message from tip-off that they were here to beat the undefeated French team by taking a 20-12 lead, driven by Tara Wallack and Yvonne Ejim’s hustle.

France battled back in the second quarter to take the lead at halftime and the game was a back-and-forth battle from there. In the last two minutes of the game, Canada’s defensive pressure stepped up, bothering every ball-handler and forcing bad shots late in the shot clock, while holding France to no made field goals in the final stretch.

The win is Canada’s best team performance yet in the tournament, with Demeke stepping up off the bench to score 19 points on six of eight shooting from deep, Wallack scoring 16 points and providing a massive defensive presence with four steals, and Hylton scoring 14 points.

“Rebecca was a big star for us today, Tara Wallack was the unsung hero, and Lemyah Hylton came out and scored double digits,” said McKenzie. “Just a total team effort.”

“We had a great team win today and everyone stepped up and did their part and I’m just so proud of my team,” said Wallack.

Canada will now have another day off before they face the winner of Argentina and Australia in the quarterfinals streamed live on FIBA’s YouTube channel.