(Toronto, Ont.) – Canada held off a fourth-quarter flurry by Australia to win 88-85 in its third game of the FIBA U17 World Championship preparation tournament in Troyes, France.

In what looked to be a preview when these two teams meet during First Round action on August 11, Canada was able to hold off Australia’s late game charge.

“A hard fought win against a very good Australian team,” said Dave DeAveiro, head coach. “Our guys made great team plays down the stretch to help us close out the game.”

Dejean Vasijevic was Australia’s top scorer and led all scorers with 24 points.

Canada trailed Australia 24-20 at the end of the first quarter.  The Cadet men rallied and went into the locker room at half tied at 41-41.

Canada was able to use the half time to make adjustments.  This proved successful as Canada led by three points halfway through the third quarter.

Canada was able to extend its lead at the end of the third quarter 68-56.

Canada looked to be in control of the game leading 78-69 with 4:46 remaining when Australia made a game out of it.

Australia clawed back to within two points with a little over two minutes remaining.

With only 8.5 seconds Canada held onto to an 86-85 lead. Canada had possession after a timeout and was able to hold off Australia, winning by three points.

Canada will face Australia in the First Round of the U17 FIBA World Championships that begin next week in Dubai.

A full roster and tournament schedule can be found here: http://www.basketball.ca/cadet-men-s15145 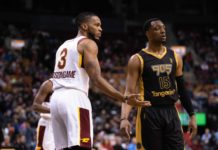 Canton Charges Back to Stun 905 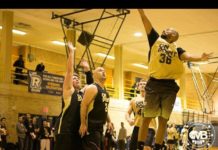 First of its kind ON POINT Free Agent League Season 2... 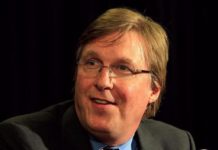 The Association U15 Girls Roster released