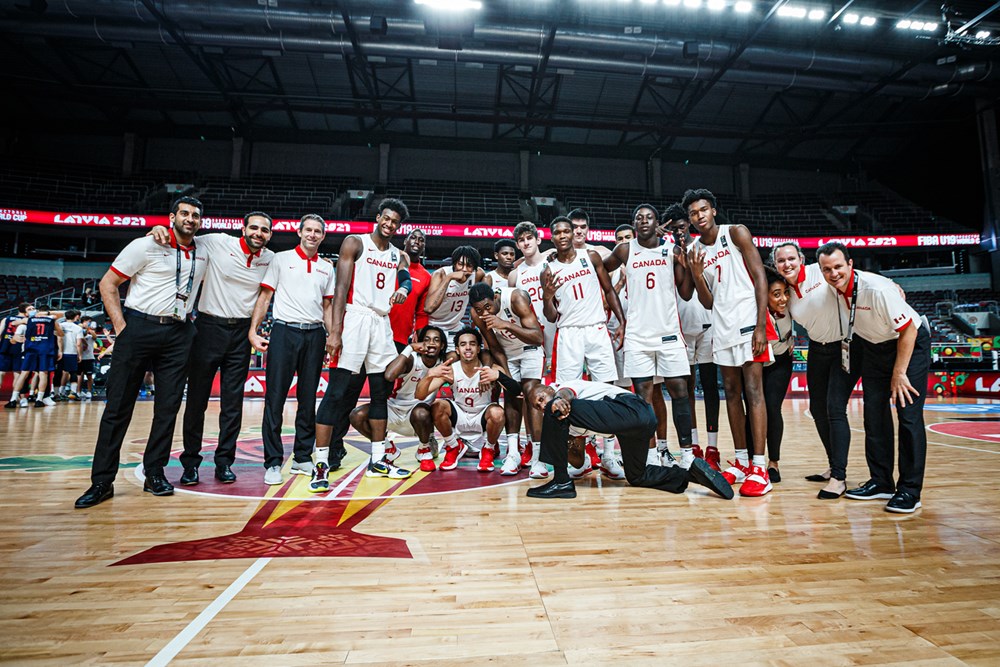 For the second time ever, Canada is bringing home a medal in FIBA U19 World Cup after a hard-fought 101-92 victory in the bronze medal game over Serbia.

“This team has demonstrated their character and competitiveness over and over again since we met,” Canada’s head coach Paul Weir said. “Today they answered that call one more time to help us achieve a significant milestone. While not the one we truly wanted, one that in time we will all come to appreciate more and more; that we put ourselves in the history books. I am so thankful to have been a part of such a great group of athletes and staff.”

Serbia’s star player Nikola Jovic started the game visibly upset with coaches, referees and teammates. The ball stuck in his hands in the first quarter, slowing the Serbian offence to a crawl while Canada was getting everything it wanted at the rim, shooting better than 70 per cent from inside the arc as a team.

Caleb Houstan and Ryan Nembhard once again led the charge early for Canada with Houstan scoring 17 points and Ryan Nembhard pouring in 21 points and 10 assists, but Canada’s three-point shooting woes started to show themselves again as the team shot just 16 per cent from deep.

Serbian centre Mihailo Musikic carried his team through the rough patches when Jovic picked up an early technical foul that sent him to the bench and was on the verge of a second technical foul before his teams pulled him away from referee Andreia Silva. Musikic had 25 points, six rebounds and four assists.

With Jovic’s head back in the game, the ball started moving for Serbian offence and they clogged the paint leading to a 22-0 run to take the lead behind a balanced attack from their bench and shooting 53 per cent from deep in the first half.

After the half, Canada all but abandoned the three-point shot. Fueled by energy from their bench, Canada flipped the switch and started aggressively pressuring the ball leading to easy buckets in transition that tired out the Serbians. The transition offence opened up spaces for Bennedict Mathurin to operate on his way to a 31-point performance and a deep three-point bomb from Nembhard, their lone make of the half, clinched the victory for the Canadians.

“I feel pretty good,” said Mathurin. “It’s the second medal in the history of Canada Basketball. It’s not what we wanted but we got third place. Third place is better than fourth place. So, we’ll take it.

“Coming out after halftime we really dug in, we stuck together, and we played with great effort on both ends of the floor,” said Olivier-Maxence Prosper. “At the end we pulled away and I’m super proud of this group of guys [and] the journey we’ve been on the last couple of weeks. I love those guys.”