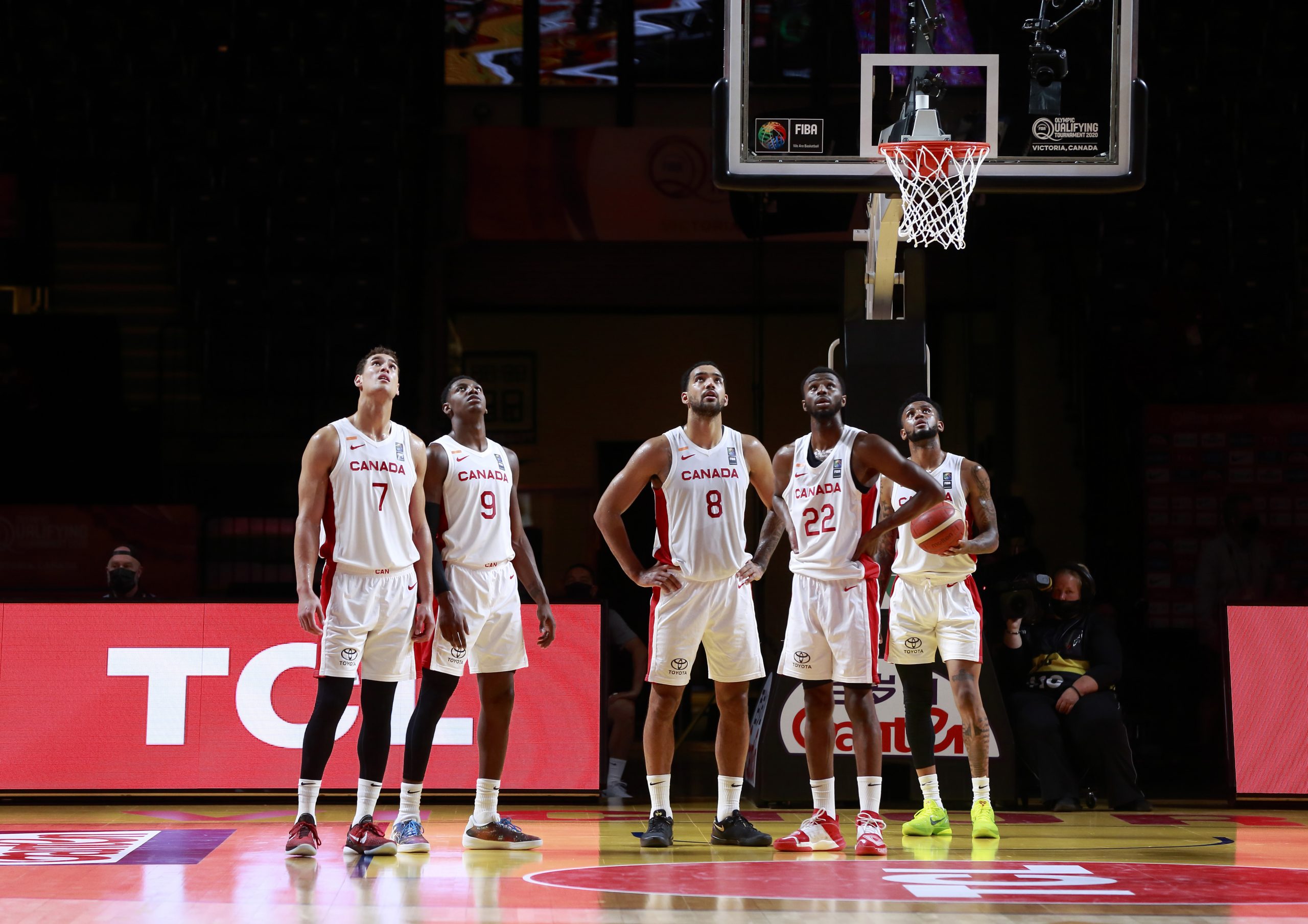 By Shaun McLeodJuly 4, 2021No Comments

The fate of the Canadian men’s senior national team’s Olympic hopes rode on a last-second inbound pass with 1.8 seconds remaining. The ball floated into a group of players and found Trey Lyles’ hands. Lyles leapt and got the shot up over a sea of Czech arms with the buzzer going off.

The ball hit the rim, bounced out and the Canadian men’s team will be missing their fifth straight Olympics after a 103-101 loss to the Czech Republic.

“We knew they were capable of being that good,” said Canada’s head coach Nick Nurse. “Sometimes when it’s a knockout tournament, you can just look at the last two plays, they made a bank shot and ours went in and out.”

Seven-footer Ondrej Balvin was an unmovable force in the paint for the Czechs, scoring 14 points, grabbing 19 rebounds and blocking five shots. All but one of Canada’s runs came with the big man on the bench. While the Canadian’s were able to exploit Jan Veseley with Balvin off the court, Canada couldn’t find a way to reliably deal with Balvin’s size and physical style of play.

Late in the fourth quarter, Trey Lyles went for a rebound and hit Balvin in the back of the head with a stray elbow, causing a gruesome-looking cut on the big man. While Balvin had to leave the game the stoppage to review the foul allowed the Czech Republic enough time to patch him up. Lyles appeared to have no intent to harm Balvin but was eventually assessed a questionable unsportsmanlike foul.

“He did hit him, but he just kind of went up for the rebound and came down, there was nothing unnatural about it to me,” said Nurse. “I don’t know what Trey did other than bring the ball down with two hands or try to.”

Canada was able to crawl back into the game with less than a minute remaining led by Lugentz Dort’s and Nickeil Alexander-Walkers suffocating defence. Andrew Wiggins hit a miracle three off an Alexander-Walker steal to send the game to overtime and Canada looked to have all the momentum early in the extra frame.

With 10 seconds remaining in overtime and the game tied, Czech head coach Ronen Ginzburg scratched the called pick and roll play and told his lead guard Tomas Satoransky he had the ball in isolation matched up on Dort.

Satoransky drove, stopped, turned and banked in a fall-away mid-range shot with Dort draped all over him that sealed the game.

“It was like watching a movie,” said Blake Schilb who scored 31 points for the Czechs. “I asked (Satoransky) if he called bank on it and he said ‘Naw, I called game on it.’”

On a day where the U19 Canadian team fielded at least four potential NBA lottery picks, it’s hard to tell what this loss means for the program. The 2015 FIBA Americas Championship loss set Canada back years in terms of NBA representation on the national team and seemed to fracture the bond between it and its biggest star, but it hasn’t slowed down the production of talent coming out of Canada.

Nurse pointed out there was a “drastic” overturn in the roster from the 2019 FIBA World Cup and said while you can expect some turnover due to injuries and contract situations, to move forward they’ll need a “core group” of players representing Canada consistently.

“This was a difficult year, obviously, to commit to this, under protocols and all that stuff,” said Nurse. “But the guys that did set at least some kind of standard for committing to the team. We were able to integrate and have our young under-19 team talk to these guys and they look up to them.

If we can get a group of guys to stick together from some years, that always helps, case and point is tonight.”

Canada Basketball and Nurse will meet after this to evaluate the program and decide on his future as head coach of the team, but Nurse said he loves coaching this team and that he’s just trying to help basketball grow.

The result of this game will be a tough pill for Canadian basketball fans to swallow but members of this team are looking towards the future and a potential spot at the 2024 Paris Olympics.

“There was a little disappointment,” said Andrew Nicholson of the mood in the locker room after the loss.  “But Cory (Joseph) actually made a nice speech to us tonight. The future is bright, we just need to stay together. It’s just sometimes how the ball game goes, honestly.”