(Toronto, Ont. Aug 3, 2014) – Canada’s Senior Men hit the next stop on their European tour of friendly competition, Trieste, Italy to face a tenacious Italian squad. The Canadians were hoping for a bounce-back game after coming off back-to-back losses to Croatia in the two days prior. Unfortunately, it was not meant to be. Despite having success early in the game, the Italians proved to be too strong and eventually overcame the Canadian challenge, defeating the Canucks, 74-71.

Cory Joseph (Pickering, Ont.) led the Canadians with 16 points on 6-10 shooting in just under 20 minutes of action. Melvin Ejim (Toronto, Ont.) chipped in off the bench with a double-double, dropping 10 points (4-7 FG) and grabbing 10 rebounds in 20:32 of floor time.

The Italians were led by their captain, Luigi Datome, who poured in 22 points (8-12 FG) along with nine rebounds, four assists, three steals, and one block in 31 minutes of action.

After quarter one, Canada held a slim 19-18 lead over Italy. Both teams seemed evenly matched with neither being completely successful at imposing their will on the other. By the end of quarter two, Canada had extended their lead to six, 39-33, and appeared to have found the rhythm that had eluded them in the games prior. But that was short-lived as the third quarter belonged entirely to Italy. The Italians capitalized on Canadian mental errors, enabling them to close out the third on an 11-0 run and taking a 52-48 lead into the fourth. The final quarter was much of the same, as the Italians locked down, keeping the Canadian threat at bay and squeaking by with a 3-point 74-71 victory.

Today we witnessed a much more poised Canadian squad than we had seen in recent games. Through the first two quarters of action Canada dictated the tempo and executed their game plan effectively as they played their way into a six-point lead at halftime. Unfortunately for the Canadians, they were not able to maintain the level of consistency they had established and failed to overcome the mounting Italian pressure. The key factor in this game was turnovers. Although only a slim margin of difference, Italy’s nine to Canada’s 12 ended up being a major factor in the loss; Couple that with the Canadians shooting only 38% from the field and notching seven fewer trips to the charity stripe, and the disappointing result comes as no surprise.

Canadian Head Coach Jay Triano liked what he saw early on from his team but knows they can’t afford to have such great lapses in their play if they want to be successful:

“We got off to a good start today and battled our way to a six point lead at the half. Basketball is a game of runs. The major difference in today’s game was when they went on an 11-0 run and we didn’t answer.”

“This trip continues to be a learning experience as we develop into the team we want to be next summer.”

Canada will look to end their current drought tomorrow as they take on the FIBA Wold Cup bound Serbians. Tip-off is set for 12:00 pm EST. Stay connected on Facebook & Twitter for quarter-by-quarter updates. 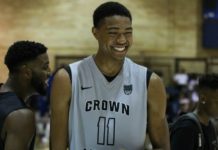 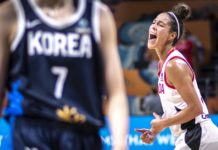 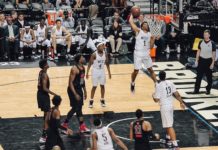