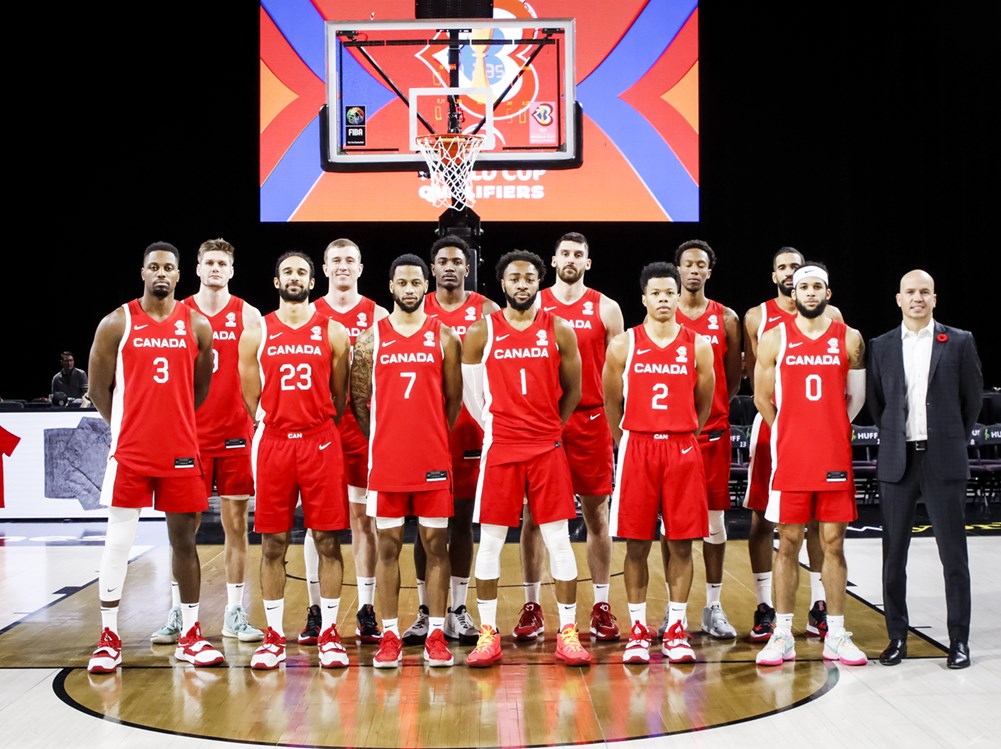 By Shaun McLeodNovember 14, 2022No Comments

With a spot at the 2023 FIBA Basketball World Cup already secure, the Canadian men’s national showed no sign of letting up as they remained perfect with a 112-71 victory over Panama on Sunday night.

The Canadians – now undefeated through 10 games – came out of the gates on fire, scoring 30 points in the opening quarter with Conor Morgan, Trae-Bell Haynes, and Aaron Best leading the way offensively. Best dominated from three-point land, shooting six-of-nine from deep on his way to a game-high 22-point performance.

Bell-Haynes and Morgan both finished with 12 points, with Bell-Haynes adding four rebounds and four assists.

Canada’s defense would lock in during the second quarter, holding Panama to just 11 points while continuing to shoot 47.5 per cent from behind the arc as a team.

The domination continued in the second half, as Canada would end the game with seven players entering double digits. Melvin Ejim had 12 points, Kassius Robertson had 13 points, and Jahvon Henry-Blair and Phil Scrubb chipped in 10 points as well.

Panama made a quick run to start the fourth, but Henry-Blair and Scarborough Shooting Stars (CEBL) standout Jean-Victor Mukama shut down the run in a hurry with seven points off the bench.

Ernesto Oglivie led Panama in scoring with 14 points and nine rebounds on the night, and while all but one Panama starter reached double digits, they were unable to keep pace with a Canadian bench that scored 70 points and has proven to be one of the strongest in the Americas throughout the qualifying stages.

Canada will now have a few months off before regrouping for the next games against Argentina and Venezuela, starting on Feb. 24, 2023. With a spot in the World Cup already in hand, the remaining games offers a chance for Canada to continue to develop non-NBA and NCAA talent against strong sides from the Americas still looking to stamp their ticket. The World Cup is Canada’s first chance to qualify for the 2024 Summer Olympics, which are set to take place in Paris.