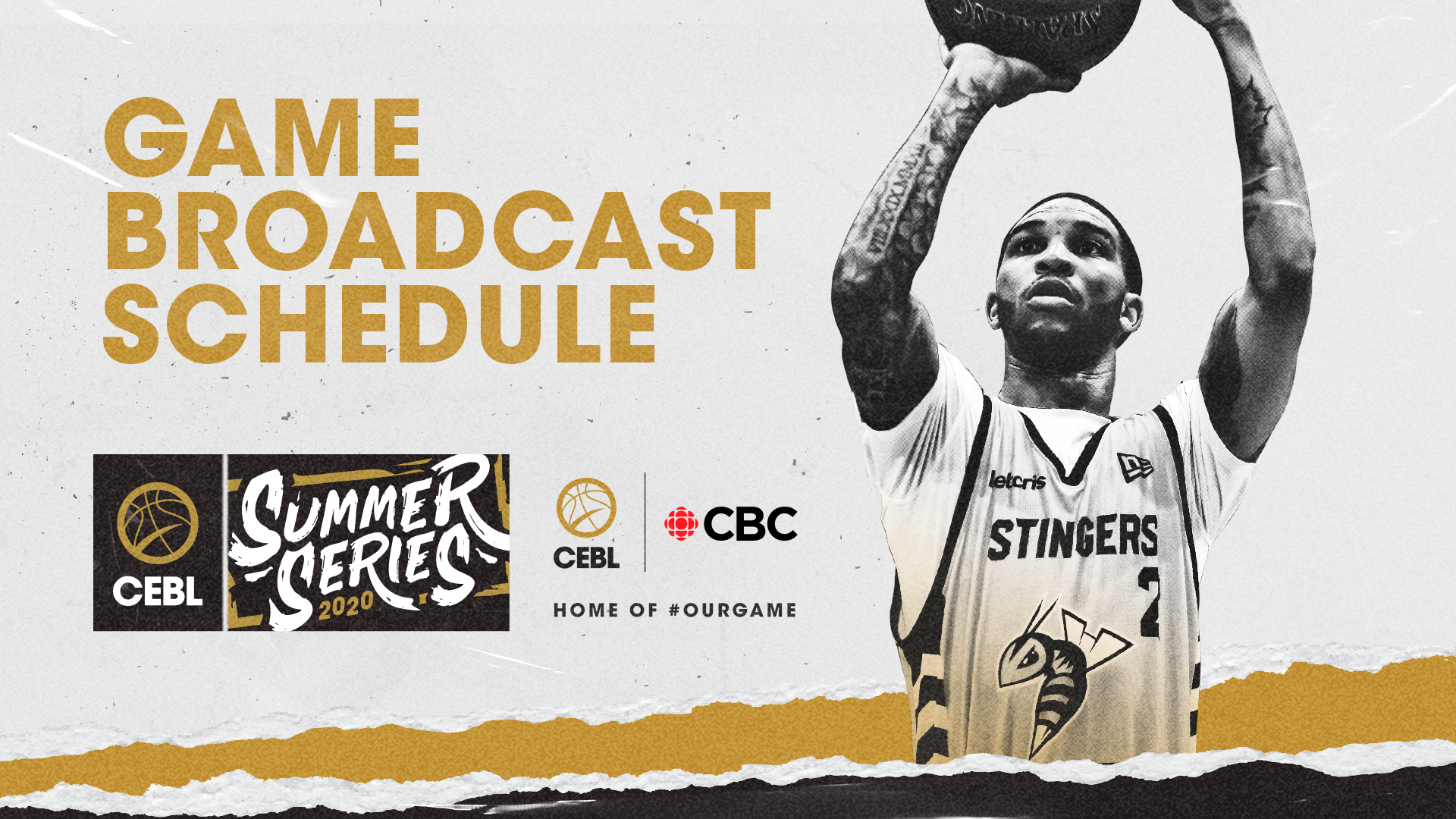 The Canadian Elite Basketball League (CEBL) and CBC Sports announced Friday the full schedule of games for the CEBL Summer Series, which tips off July 25 and will be the first live professional sports action in Canada since the COVID-19 outbreak in March. The league’s seven teams will convene in St. Catharines, Ontario for a 26-game competition that ends August 9 with the CEBL Championship game. The dates are subject to the status of the province of Ontario’s phased-in reopening process.

CBC Sports will live stream all games of the Summer Series on the free CBC Gem streaming service, cbcsports.ca, and the CBC Sports app for iOS and Android devices. The CEBL and CBC Sports announced a three-year partnership on November 26, 2019 that includes broadcast and streaming coverage each season.

“As the professional sports league in Canada that has the highest percentage of players being Canadian, the CEBL truly is the league created by Canadians for Canadians,” said Mike Morreale, Commissioner and CEO of the CEBL. “It is fitting that our premier media partner is Canada’s Olympic Network and has a legacy of supporting and showcasing the best Canadian athletes. People across the country will be able to see for themselves through CBC’s platforms why Canada has emerged as one of the world’s powerhouses when it comes to producing world class professional basketball talent.”

“We are excited to bring live sports back to audiences in local communities across the country, who are just as hungry for the return to play as we are,” said Chris Wilson, Executive Director, Sports & Olympics, CBC. “Our partners at the CEBL have come up with a plan that not only adheres to health and safety restrictions, but takes the competition to the next level. The condensed season means each game means that much more, and we are thrilled to be able to provide a national stage for these athletes and the league. This tournament will be exciting summer entertainment for Canadians at just the right time.”

MEDIAPRO Canada has been selected to produce live coverage of all 26 games, supplying all technical facilities, production crew, and transmission services. It will use eight cameras, including two netcams, to deliver live coverage of seven games, including the openers, the semi-finals and the final, for nationwide broadcast on CBC, and will also debut AutomaticTV, the MEDIAPRO Group’s proprietary AI-driven fully automated sports production system, to produce High Definition live multi-camera coverage of 19 games for CBC Gem – marking the first time the technology has been used in Canada. MEDIAPRO Group produces live coverage of more than 12,000 events around the world each year through its 58 offices on four continents.

In the CEBL Summer Series each club will play the other once in a round robin competition. The team with the worst record will be eliminated and the remaining six will be seeded into a bracket. The third and sixth seeds, and the fourth and fifth seeds, will face each other for the right to advance to the semifinals against the first and second-seeded teams. The title game is set for August 9.

In addition to the aforementioned games, CBC will broadcast a double-header Saturday, August 1 that will see Hamilton meet the Fraser Valley Bandits at 1:30 p.m. ET (10:30 a.m. PT), followed by the defending CEBL Champion Saskatchewan Rattlers taking on the Edmonton Stingers at 3:50 p.m. ET (12:50 p.m. PT). CBC will also televise both semifinal games the afternoon of Saturday, August 8, as well as the championship game at 12 p.m. ET (9 a.m. PT) on Sunday, August 9.

While staying in St. Catharines the teams will be separated from the general public, and strict screening and COVID-19 protocols will be adhered to under the supervision of medical officials. Extensive health and safety measures will be maintained for the participants, including social distancing and other specialized practices designed to limit interactions amongst participants.

The 2020 CEBL season has been on delay since mid-April with its originally scheduled tipoff date of May 7. Each club had been scheduled to play a 20-game schedule leading to a final four CEBL Championship Weekend in Edmonton, August 14-16.

A league created by Canadians for Canadians, the CEBL has the highest percentage of Canadian players of any professional league in the country, with 80% of its current rosters being Canadians. Players come from the NBA G-League, top international leagues, the Canadian National Team program, and top NCAA programs as well as from U SPORTS. The only First Division Professional League partner of Canada Basketball, the CEBL season typically runs from May through August. More information is available at www.cebl.ca


About CBC Sports
CBC Sports is Canada’s Olympic Network through 2024 and Canada’s Paralympic Network through 2020. The national public broadcaster is committed to showcasing Canadian and international athletes and sports across all platforms under the CBC Sports and Hockey Night in Canada brands, including on television, online at cbcsports.ca and via the CBC Sports app for iOS and Android devices. CBC Sports prides itself on telling the story of the high-performance athlete’s journey every step of the way, ensuring Canadians always know the people who represent them before they see them atop the podium.


About CBC/Radio-Canada
CBC/Radio-Canada is Canada’s national public broadcaster. Through our mandate to inform, enlighten and entertain, we play a central role in strengthening Canadian culture. As Canada’s trusted news source, we offer a uniquely Canadian perspective on news, current affairs and world affairs. Our distinctively homegrown entertainment programming draws audiences from across the country. Deeply rooted in communities, CBC/Radio-Canada offers diverse content in English, French and eight Indigenous languages. We also deliver content in Spanish, Arabic and Chinese, as well as both official languages, through Radio Canada International (RCI). We are leading the transformation to meet the needs of Canadians in a digital world.