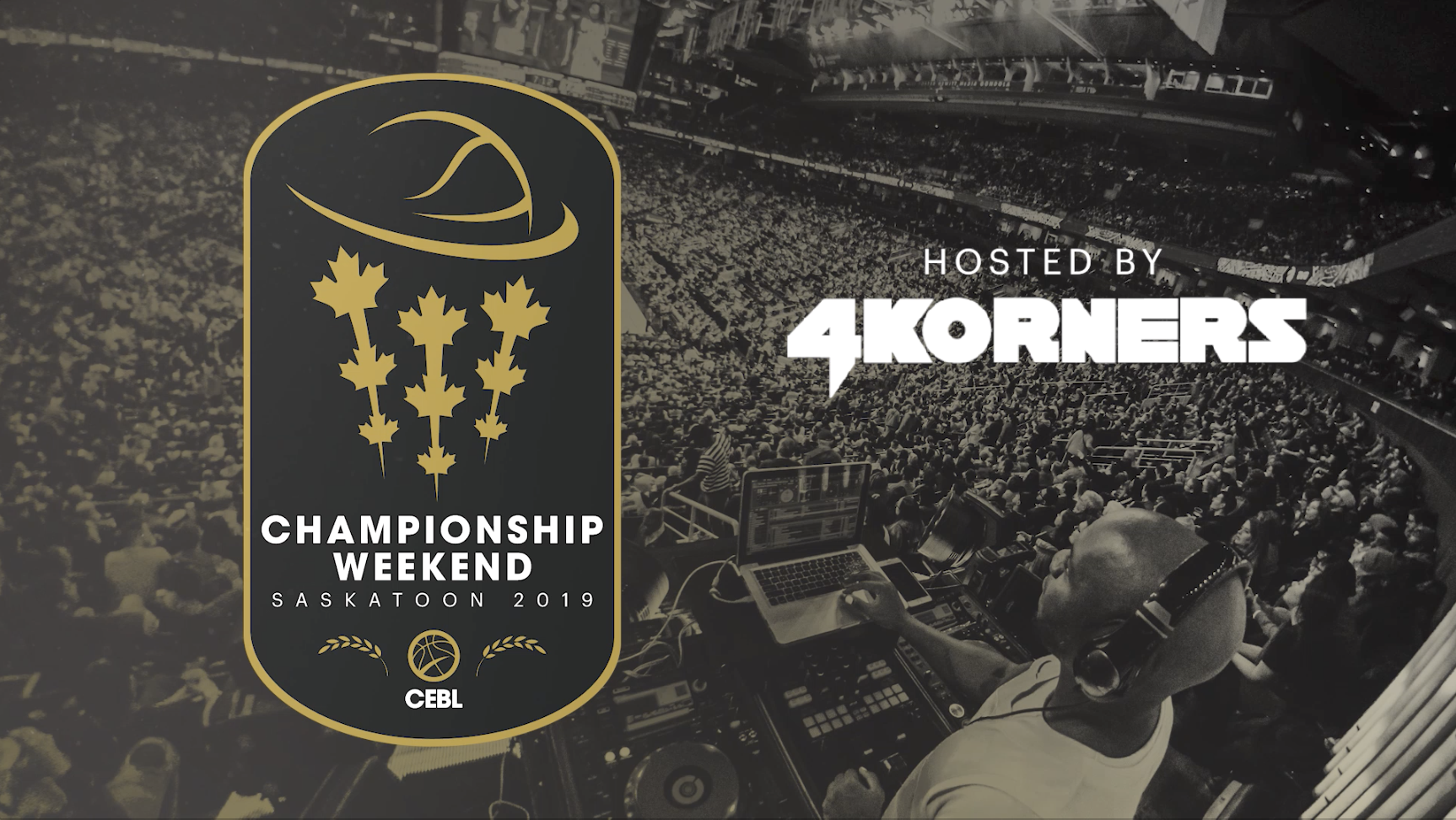 “I can’t wait to host Championship Weekend in Saskatoon. It’s gonna be awesome!” said 4Korners. “I’m extremely excited about the growth of the game of basketball in Canada over the past few years – It’s gone from hoop dreams to reality for so many young ballers from the North and I’m pumped about what the CEBL is building”.

“I am thrilled to have 4Korners involved in the first-ever CEBL Championship Weekend being held in Saskatoon”, said Mike Morreale, CEO and Commissioner of the CEBL. “The Championship Weekend is not just a basketball event, it’s a celebration of community, entertainment and the sport of basketball and what better way to do that than have such an influential artist set the tone for an electric time”.

The inaugural season of the Canadian Elite Basketball League (CEBL) will conclude in Saskatoon, Saskatchewan in a Championship Weekend Festival and Finals format.  Over four days between August 22 – 25, the Province of Saskatchewan and the City of Saskatoon will host a league Gala Dinner and Awards, three-day Family Friendly Street Festival, Tailgate Parties, Major Concerts, and of course, the top four teams competing to be named Champions! Games to be held at SaskTel Centre, where the best of Canadian Basketball will showcase their skills and establish an annual sporting event not to be missed. Tickets to all games are currently available on Ticketmaster.ca

Learn more about the Championship Weekend via the link here.

The inaugural season of the CEBL is well into its latter half with just six more weeks of regular season action remaining. The Niagara River Lions (10-4) have taken a commanding lead in the standings followed by the Edmonton Stingers (8-4) who are on a four game winning streak and the Hamilton Honey Badgers (7-6) in third. Championship Weekend host team, the Saskatchewan Rattlers (6-6) are in fourth.

For more information on the CEBL and its six teams, head to cebl.ca. Tickets to all remaining games are available via ticketmaster.ca. Fans can also watch all CEBL games live online for free on cebl.tv as well as on the CBC Sports app and CBCSports.ca.