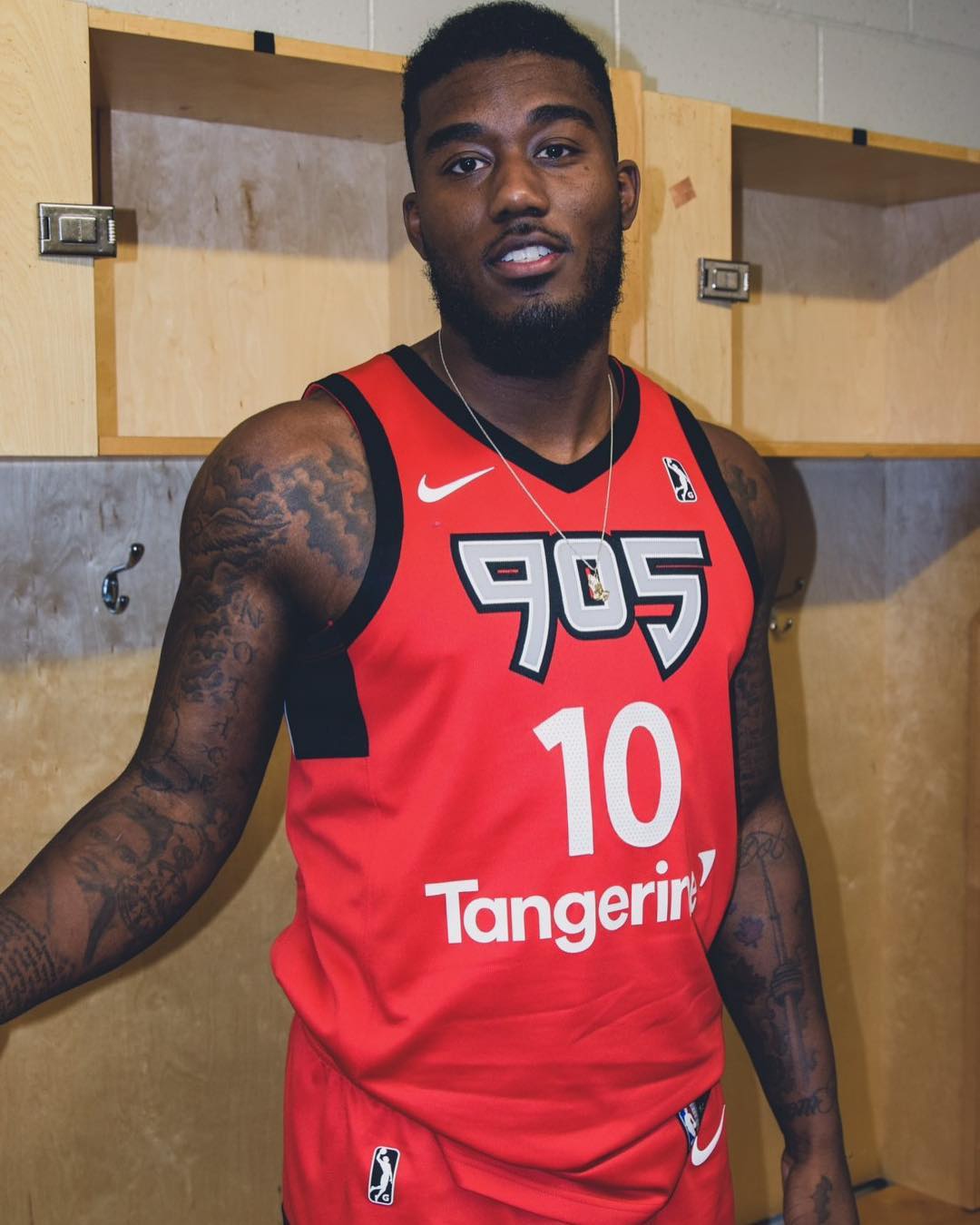 By Teru IkedaOctober 24, 2018No Comments

The parent team, Toronto Raptors, are off to a 5-0 start. With Kawhi Leonard already exceeding expectations, it’s easy to forget the excitement brewing next door. Mississauga, home of the Raptors 905, developed ‘The Bench Mob’ long before Pascal Siakam, Fred VanVleet, Delon Wright and Norman Powell shined under the NBA spotlight.

The Raptors 905 drafted three players this past Saturday and including them, 15 players commenced training camp on Monday. Training camp will be trimmed by five players by November 1stand the 905 roster will be finalized by then.

Four players at the training camp have been selected through the local tryout stream. These include Woodbridge native Duane Notice and Toronto point guard Myck Kabongo as well as American players, Khadeem Lattin and Uche Ofoegbu.

Kabongo cracked the training camp roster and has already played in a total 106 G League games with four different teams. For him, every day will be another tryout, with no guarantees of keeping a G League job.

“What I can control is my attitude,” Kabongo said. “I bring it out every day, every time I step out on the court.”

Kabongo put on a dominating performance at Crown League this past summer. Proving his worth among the upper echelon of Toronto basketball talent, he competed with likes of Memphis Grizzlies forward Dillon Brooks and AEK Athens guard Xavier Rathan-Mayes.

“Anytime time I step on the court, I think I’m more than capable of playing. It doesn’t matter if I’m at the park with a bunch of three-year olds. I feel like I belong to play with them and I’m gonna dominate,” said Kabongo, jokingly.

“That’s just the person I am, right…I like playing against the best to see where my game’s at cause I’m someone that always wants to improve. I’m always someone that wants to put the work in.”

Last year, two Canadians, Richard Amardi and Kaza Keane, cracked the 905 roster through open tryouts. Though Amardi was waived in December 2017 to create an opening for forward Fuquan Edwin, Keane lasted the 2017-18 season and recently inked a deal with a Dutch team. Negus Webster-Chan, who made the 2016 open tryouts, was not invited back to training camp this year.

Much like Kabongo, the Canadian coaches on the 905, all seven of them including Head Coach Jama Mahlalela, will be ‘trying out’ and preparing for higher aspirations. For all seven, it will be their rookie season in the G League. Former Head Coach Jerry Stackhouse, who led the 905 to a G League championship in 2017, was promoted to the Memphis Grizzlies as assistant coach and former 905 assistant Nathaniel Mitchell is now a Charlotte Hornets assistant coach.

Mahlalela has Stackhouse’s big shoes to fill, and he recruited domestically to fill his coaching staff.

“I had to find ‘Where’s the best talent for coaching basketball in North America?’” Mahlalela said, explaining his hiring process. “Thankfully, there’s a ton of Canadians that fit that bill (and) to hire Canadians and bring them onto my staff and growing the game that way was important for me.”

Nine Canadians – two players and seven coaches – have spent their professional lives preparing for their opportunities with the 905. All will be pounding on numerous NBA doors, and the Canadian presence on the 905 will be on full display come November.

The Raptors 905 home opener will be at the Paramount Fine Foods Centre (formerly Hershey Centre). They play the Delaware Blue Coats on Saturday, November 3rd at 2:00 PM.