There’s not much publicized about Denzell Taylor – a 6”7″ Power Forward from Brampton, Ontario who’s set to begin his sophomore season with the Old Dominion Monarchs (Norfolk, Virginia) this month – but there should be.

He’s not flashy, or a stellar ball handler, nor is he a marksman shooter. Instead, Taylor takes on a role that not many are willing to foster or have the heart and hustle to do so.

He’s a bruiser, a glue guy that does the little things to help his team win. A jack of all trades with the intangibles. He knows his role and is exceptionally well at fulfilling it.

“If I had to define my game, it would be on the defensive end,” said the former St. Benedict Prep product. “I try to do anything and everything to help my team win. It could be rebounding, setting strong screens, creating space down low or just bringing energy. I play with a lot of guys that can handle the ball and shoot, so my role is pretty simple. I mean, on the offensive end I don’t really need the ball. The guards will usually create space for me or give me a drop off pass for an easy layup.”

The CIA/Bounce (AAU) alum is predominantly known for his commitment on the defensive end – whether it’s blocking shots and creating opportunities for teammates or crashing the glass against taller forwards and centres, which is, by and large, the norm (for Taylor) in Division 1 competition.

Although a tweener, Taylor has the uncanny ability to guard forwards and centres of varying sizes; an asset that’s proven beneficial for both himself and the ODU Monarchs (he was the Monarch’s defensive player of the year as a Freshman). He possesses the lateral ‘quicks’ to defend against smaller and more agile forwards (in spurts), but also carries the bulk (226 lb) and length to bother and disrupt guys much bigger than him. His willingness to guard anyone and everyone is precisely why he’s emblematic of a team first player.

On the offensive end of the floor, Taylor’s the clean up guy. Most of his points come off of put backs and dump off layups created by ODU’s guards. As mentioned above, he doesn’t need to do much on the scoring end except for finish around the basket and get on the offensive glass for tip-ins.

He is, by all intents and purposes, an exemple of a glue guy or, a prevalent expression in the realm of basketball discourse, someone who ‘does all of the little things that don’t show up on the stat sheet.’

In terms of his outlook on the season ahead, the 20 year old was adamant in addressing the need to get better both individually and as a team, especially after coming off of a not so stellar 18-18 season last year.

“Our goal is to win big. Our team goal is to win 25+ games. Last year we came off a bad year, not winning as many games as we’d like, so we’re hoping to change that this year. My individual expectation is to compete as hard as I can. I want to play a lot and contribute to the team,” said the big man who started 36 games last year as a freshman for the Monarchs. “Last year I kind of second guessed myself on the court, so this season I’m changing that. I’m going to play with a lot more confidence.”

It’s no secret that the former Fletcher’s Meadow High School star has a fervent passion for the game of hoops to go alongside a strong work ethic. He credits playing alongside and against guys like Tyler Ennis (teammates at St.Benedict’s Prep) and Andrew Wiggins for helping improve his game exponentially. Competing against top tier talent at an early age has proven condusive to the overall growth and development of Taylor’s game and is partly why he feels like he has a calling in professional basketball – a trek he’s yearning to embark on after his collegiate career.

“Those experiences have helped me a lot because playing AAU, I’d [sic] already played against some of the best players, some of the best prospects out there. So now it’s not a problem. I’ll play against anyone and everyone because I’ve already went against the top competition in the world,” said Taylor. “I see myself playing at the next level after college, in Europe, overseas, across the country, basically anywhere to extend my basketball career.”

And in order to attain those goals?

“I’ve just gotta’ keep working hard. Staying in the gym. Keeping my head on straight. Just stay out of trouble. A lot of people these days get into a lot of trouble and that’s one of the things I’m going to make sure I don’t do.”

A humble response from a gritty, blue-collar workhorse.

Taylor also credits the evolution and growth of Canada basketball for providing him, and others like him, the nurturing and support to ultimately grow as basketball players.

“Canada basketball has been booming, especially with the NCAA coaches coming down to see the high school talent. I mean, that was almost unheard of when I was playing. It’s kind of crazy. We’re getting our names out there with guys like Anthony Bennett, Tristan Thompson and Andrew Wiggins. So as long as we keep working hard, then there’s no doubt that there’s going to be top tier talent coming out of Canada in the next few years.”

An abundance of optimism from the Brampton native, and rightfully so.

Be sure to check out the ODU Monarchs take on the UNC-Wilmington Seahawks on November 15th. 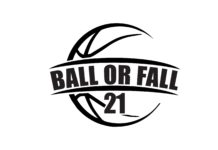