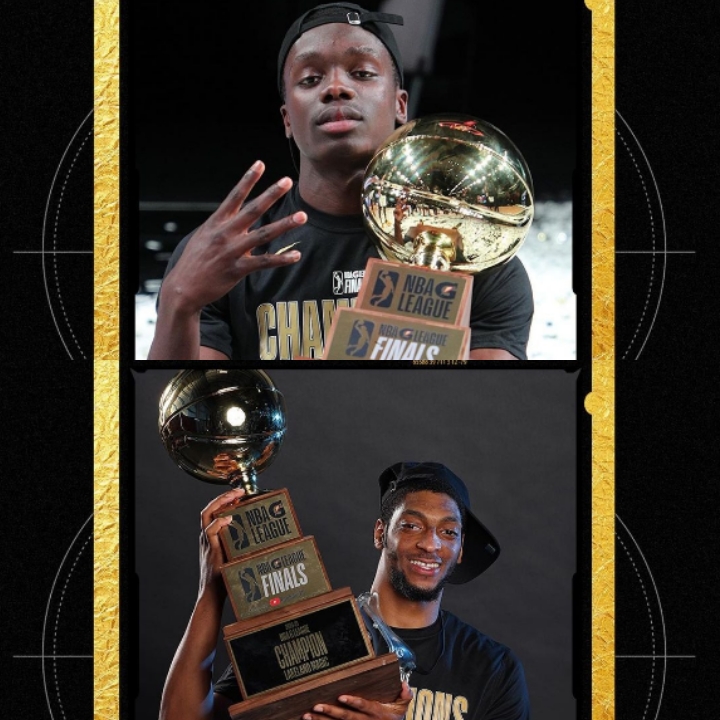 By Connor LamontMarch 12, 2021No Comments

(Orlando, FL) The NBA G League season wrapped on Thursday with the Lakeland Magic winning its first title in franchise history. Overall, the Orlando bubble was a huge success and showcased many of the future talents of the NBA. Players now have a chance to catch their breath after a regular season that included 15 games in 25 days in addition to the playoffs.

It was not only a successful season for the league, but also for the Raptors 905, the affiliate of the Toronto Raptors. With a regular season record of 12-3, they finished first in the standings before bowing out of the playoffs in a loss to Delaware in the semifinals.

In addition to a brief note about the player’s individual game this season, each section includes their most memorable game, how they performed against the Raptors 905 in the regular season and what the future holds for them now that the bubble has burst.

Mane had a terrific finish to the Orlando bubble playing an important defensive role in the playoffs, capping off the season with a championship win over the Delaware Blue Coats. Mane shut down Jeremy Lin of the Santa Cruz Warriors in the semi- finals and was a big part of Lakeland limiting Delaware to 78 points in the final. Mane took a good step in showing NBA scouts and the Orlando Magic that he is a competitor and worthy of playing time in the NBA.

Most Memorable Game (Mar 11): Hard to find a better game than starting in the G League final and winning the championship.

What’s next?: Mane is on a two- way contract with the Orlando Magic and could return to the team for the remainder of the season.

Stauskas rediscovered his love of basketball with the 905 this season and enjoyed a lot of success with the team. He was second in international scoring and top-20 in points per game. Stauskas proved this season that he is not just a three point shooter but a versatile scorer with a lot of upside on defence. Raptors 905 head coach, Patrick Mutombo, absolutely loved having his veteran presence and elite shooting abilities during the season and into the playoffs.

What’s next?: There’s a good chance Stauskas returns to Europe or sticks around for the summer in an attempt to get a contract in the NBA.

It was a very successful season for the former second round pick out of Michigan. Brazdeikis was sixth in the league in points per game and ate up big minutes for his team throughout the season. An ankle injury sidelined the 22 year old during the bubble at times but he still proved that he can score in multiple ways and shoot well from the field. Perhaps his excellent play will finally earn some consistent playing time, or a depth role, with the big club in the near future.

What’s next?: Brazdeikis was recalled by the New York Knicks March 5th.

Shittu played some solid bubble ball with Westchester and showed signs he can elevate his game when required. Shittu was 5th in the league in offensive rebounds and was a consistent double-double point producer.

MMG (Feb 23): Shittu put up an impressive 26 points against the Austin Spurs and went 13-14 from the field with 8 rebounds.

What’s next?: There have been rumours of NBA interest for Shittu for the current NBA season now that the G League is finished.

It wasn’t the best of seasons for the Mad Ants, but it certainly went a lot better for Oshae Brissett. The former Toronto Raptor was 10th in points per game and, per Blake Murphy of The Athletic, should be in contention for the most improved player award. Brissett was a double-double machine in the bubble.

MMG (Feb 20): Brissett arguably played his best game against the 905 (see below) but we’ll give the most memorable game nod to his 26 points and 12 rebounds against Iowa in a double OT win.

Against 905 (Feb 21): Brissett came ready to play against the 905 with 28 points and 12 rebounds to lead his team to another double overtime win.

What’s next?: Likely an NBA contract thanks to his excellent play.

Don’t be surprised to see any of these players take flight in the NBA as soon as this season. They are all elite talents who represented exactly what it means to be Canadian both on and off the court this season.

Note: Toronto native and NBA G League Champion Justin Jackson made his way back into the Lakeland Magic lineup in the G League Bubble after recovering from injury and will look to continue his journey back to being a major contributor to the team and eventual call up to the Orando Magic. (2021 season: Appeared in 11 games with 3 starts and averaged 3.5ppg & 2.0rpg in 11.0 mins per game)