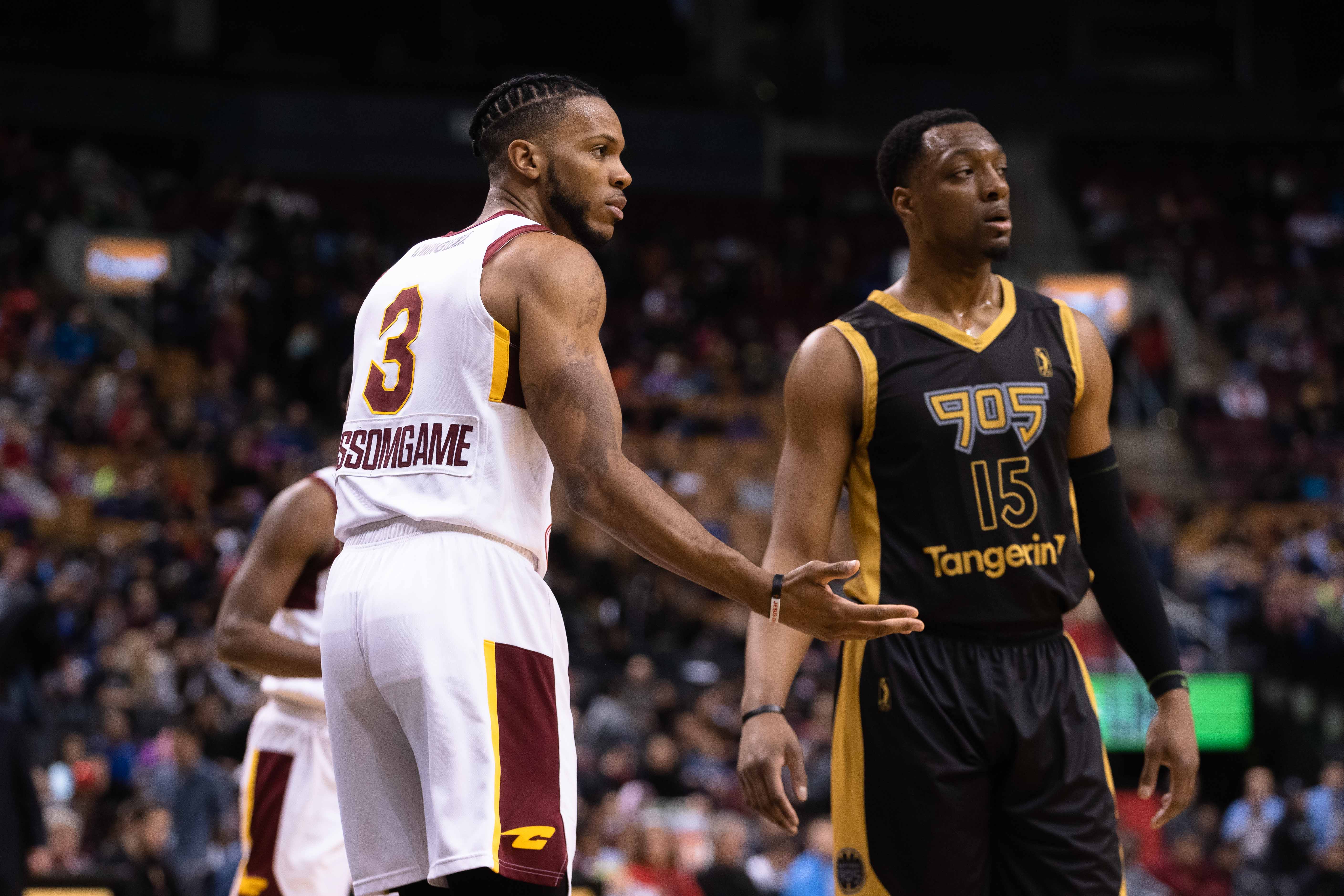 Canton Charges Back to Stun 905

By Kajan ThiruthanikasalamMarch 15, 2019No Comments

Home » On Point Blog » Canton Charges Back to Stun 905

It was all going well for the Raptors 905 at Scotiabank Arena against the Canton Charge heading into the fourth quarter. Fresh off of a playoff berth clinching 112-82 win over the Fort Wayne Mad Ants, the 905 used a 35-15 third quarter to go up 85-65 after three.

Points in the paint was a key indicator in this game as the Charge outscored the 905, 56-44, on the inside; Canton also made three more field goals and three more free throws overall. They also forced the home team to cough up the ball 17 times.

Four players scored in double figures from each team. Jaron Blossomgame led all scorers with 28 points and 13 rebounds as he hit the game tying layup to send the game to overtime followed by the go-ahead floater to give the Charge a lead they wouldn’t relinquish.

Wade Baldwin IV led the 905 with 22 points and five assists, while Jordan Loyd and Josh Adams each had 18 and MiKyle McIntosh had 17.

Adams immediately made an impact off of the bench with eight first quarter points as the 905 overcame an early six-point deficit to take a brief 23-22 lead.

However, the scoring strength of Randolph (10) and Williams (8) gave the Charge a 30-27 first quarter lead despite the home team hitting five triples.

The 905 then pulled ahead after a tomahawk slam from Adams (35-33) and extended their lead to as many as eight (47-39) but Canton closed out the first half on a 11-3 run to tie the game up at 50 at the intermission. The Charge didn’t hit their first triple until Abdur-Rahkman hit one with 56 seconds left in the second quarter.

Baldwin came alive in the third quarter as he scored 13 in the frame as the 905 got it going inside. With a crowd of screaming fans to spur them on, the 905 closed out the quarter on a 23-5 run to take an 85-65 lead after three. Adams got the crowd on their feet with a 360 dunk in transition to cap off a dominant third quarter.

“We had a lot of energy,” said Raptors 905 head coach Jama Mahlalela. “We played a zone that was pretty effective in getting them (Canton) out of their rhythm offensively. Plus we were able to score at the rim.”

Canton started chipping away at the lead immediately to start off the fourth quarter with a 15-4 run. After a three-point play from Loyd gave the 905 a double-digit lead, the Charge then responded with nine straight points to cut the deficit to three.

The score stayed tight, as the 905 were unable to extend the lead to two possessions with 18.4 seconds to go as Canton called for time.

On the ensuing possession, Blossomgame, who had 11 in the quarter, grabbed his own miss at the rim and tied the game at 96 with a layup. Adams couldn’t get the prayer from downtown to drop off of a busted possession from the 905 as improbably, this game needed an extra two minutes.

“We just couldn’t find a way to get a bucket to drop,” Mahlalela said about the 905’s ice-cold offence in the fourth quarter. “And then we gave up 31 in the fourth. That’s absolutely no way to close out the game and it’s something that we’ll learn from.”

Blossomgame hit a floater in the lane to give Canton the lead for good and Derek Cooke Jr. missed a golden opportunity as he misfired on both of his free throws at the other end for the 905.

Abdur-Rahkman then took advantage, hitting a contested triple with the shot clock winding down. Despite the Raptors905 trying to fight their way back into the game, the Charge played the free throw game and hung on for the victory.

The 905 will close out the regular season with three straight on the road, starting with a Saturday evening showdown on March 16 at 7:00 pm against the Delaware Blue Coats.