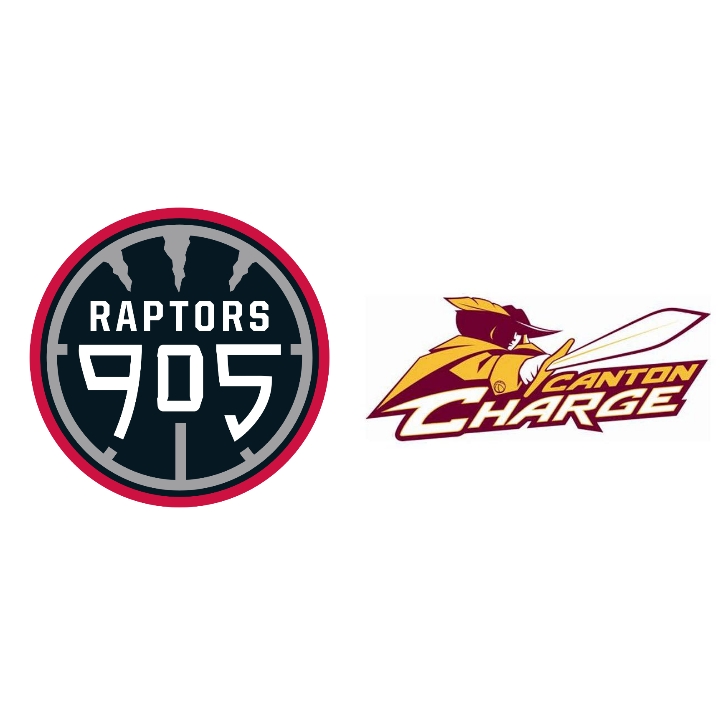 By Connor LamontMarch 1, 2021No Comments

The late game heroics of Henry Ellenson and Matt Morgan pushed the Raptors 905 to a gutsy 125-124 overtime win against the Canton Charge Monday.

The Raptors trailed by 10 points after three quarters and came back in the fourth for the second game in a row.

Ellenson scored 31 points, including 17 in the fourth quarter and Morgan added two clutch threes late to give the Raptors their fifth straight win.

The 905 came out flying in the fourth quarter thanks to the play of veterans Ellenson and Nik Stauskas. Trailing by seven, Ellenson scored five points in a row to pull within two. After a nice tip shot by Canton’s Marques Bolden, the Raptors were down 112-108 with under two minutes to play.

Coming out of a timeout, Stauskas nailed a three to cut the Charge lead to one and then Ellenson made one of his eight threes in the game to take a 114-112 lead.

The Charge fought back to grab a two point lead with eight seconds left which set the stage for the Raptors’ Morgan. Some great ball movement allowed Donta Hall to find a wide open Morgan at the top of the arc and he made no mistake to once again give the 905 a two point lead.

The Charge then marched back down the court and Borden dunked the ball with two seconds left to send the game to overtime tied at 117.

Early in overtime, Morgan took a pass from Stauskas for another big three and put the 905 back up by two. After a nice stop on defence, the Raptors found Ellenson again from beyond the arc and increased their lead to five. Stauskas added a couple free throws late for two of his 22 points in the game and the 905 hung on for the one point win.

“Our guys’ will to win is so big,” said 905 head coach Patrick Mutumbo. “We were down by as much as 20 and they refused to give in and refused to lay down. I think that’s just attributed to the type of people and the type of competitors we have on this team.”

Ellenson echoed the positive words of his head coach post game saying, “we’ve been unselfish and that’s equalled wins for us. We have a lot of faith in each other, we know everyone’s going to step up and make shots and big defensive plays.”

Matt Mooney also gave the 905 some great minutes and totalled 17 points and 13 assists in the win. He had a couple great assists to Ellenson and Stauskas late in the game that led to big buckets.

“Assists are all about who you’re playing with and I’m playing with guys that can shoot the leather off the ball and make me look good,” said Mooney who has seen his assists per game increase this season. “I’m playing with a lot of great players and that’s why the assists are coming.”

The Raptors’ newest addition, Jarron Cumberland, acquired in a trade for Dewan Hernandez, saw his first minutes with the 905 Monday. His play included a nice three late in the fourth to finish with 5 points in 17 minutes.

The Charge featured a familiar face in Malachi Richardson who spent time with the 905 and Raptors in 2019. Richardson was crucial in his team’s first half success and scored 19 points in the game.

Gary Payton II and Jalen Harris both sat out Monday’s game with injuries.

The Raptors are on fire and sit second in the standings with a 9-3 record. They take on the Oklahoma City Blue Wednesday.